We had quite a busy day today. We awoke in Mississippi, having driven there from near Tallahassee, Florida, where we had spent the night before. This was going to be a long driving day on our trip out to Colorado to take the Jeep to Trevor.

We drove through six states today: Mississippi, Tennessee, Arkansas, Missouri, Oklahoma and Kansas, our stopping point for the night, just outside Wichita. It was driving all day, with only one long stop. 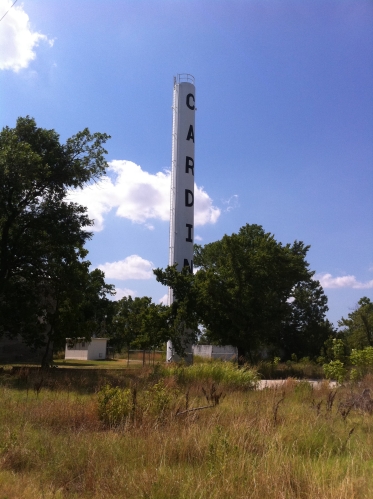 I noticed, while looking at the map during a fueling stop, that by adjusting our route just a little we could go through Cardin, Oklahoma, where my grandmother was born and raised. “Honey” was born Gertrude Dalby; her father was Victor Dalby and her mother was Mary Ann Pierce, who had died when Honey was only 8 years old.

Cardin, like nearby Picher, Oklahoma, is now a ghost town. No one lives here anymore and nearly all the buildings have been destroyed or moved away.

It turns out that these two towns were part of a thriving lead and zinc mine throughout the 1900s, but the air became contaminated with lead and zinc dust from the mining and people started getting sick, so the government bought up or condemned all the property and moved everybody out. At least that’s the story. There still seems to be a lot of mining activity going on here. Hmmmmmm. Could it be that the mining operation needed the land cleared so that it could expand operations?

Honey married my grandfather, Harry DePriest, a traveling businessman passing through town, when she was only 15 and got out while the gettin’ was good. They had quite a life together, living out their latter years in Florida.

We went to the local cemetary in Miami, the nearest remaining town, and located Honey’s father’s burial site, but the tombstone is gone now. He is buried with the Union soldiers from the Civil War. 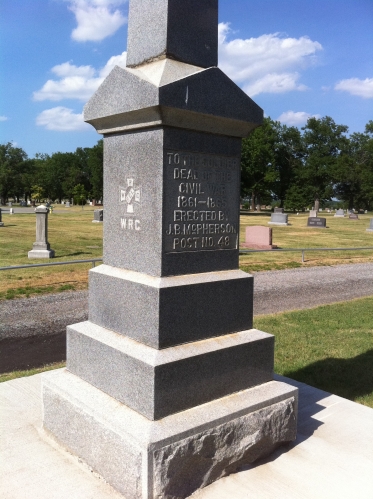 We couldn’t find Honey’s mother’s plot; it may have been in Cardin, now under mining spoils. The only standing church in the area has no discernable cemetary any longer.

It’s a creepy place now, but it was a bustling mining town 100 years ago.