After leaving Münchweiler, we drove just a few miles south to a place called Neu Mühle, which means “new mill.”

Back in the 1700s, one of the Jungck ancestors built a grist mill on the Alsenz River. All that’s left now is the old grinding stone and the mill race. 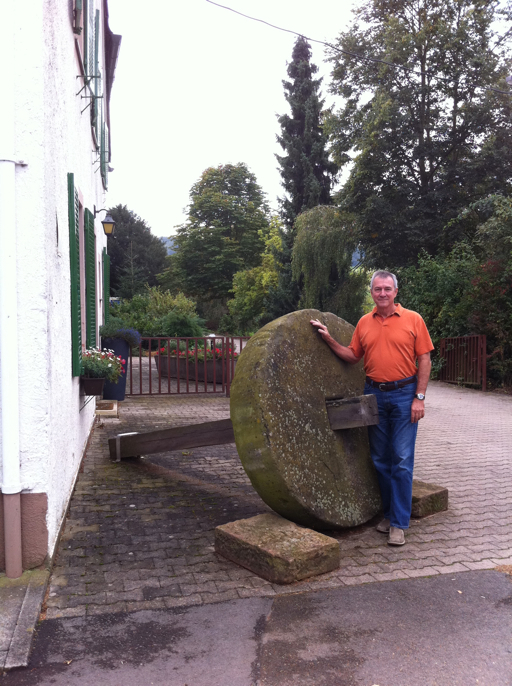 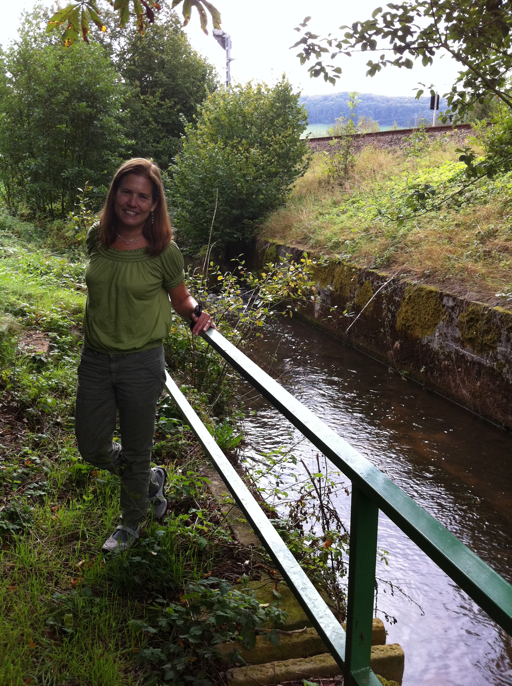 The story that has been handed down in the family is that the ancestor that built the mill was drafted into Napoleon’s army and fought in the Russian campaign. When he left Neu Mühle, the mill was operating and a hired man was left in charge. When our ancestor returned, the hired man was gone and the mill was in ruins. And no building remains today, although the site is now occupied by a school for young farmers. Here it is: 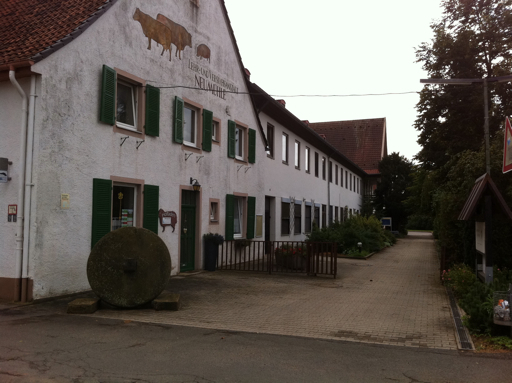 We drove on to Schönaich where we were warmly greeted by our Ulmer relatives with coffee and cake.