One carload of the college campers decided to call it quits and headed back to Gainesville, but Dale and I took their place in the second cave.

The cave opening didn’t look that difficult, but it turned out to be a rock crawl for the first 50 feet. (That’s Dale in the blue shirt, white helmet, and Kelly in the purple shirt, blue helmet.) 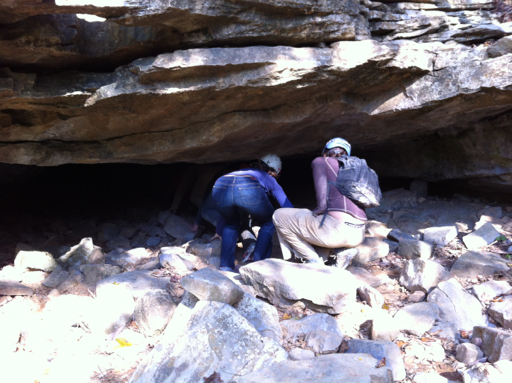 Once we were able to stand up, it was easier to get around. After a while, we came to some stalactites. Kyle could really light things up with his multi-flashlight helmet, the same one he uses for cave-diving in the springs.

And then we found a little bat hanging from the ceiling! 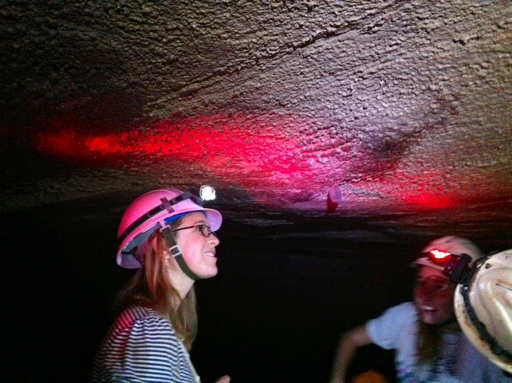 Here’s the view of Dale I had for most of the time in the cave.

We continued with some more stooping and crawling (that’s Kyle with the blue pack). 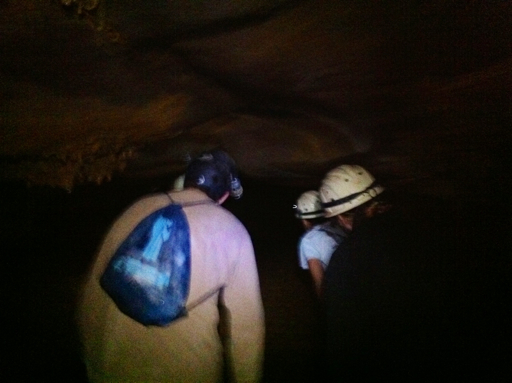 And, finally, some slithering through an opening that was only about 18 inches high! By now, we were well back into the cave. 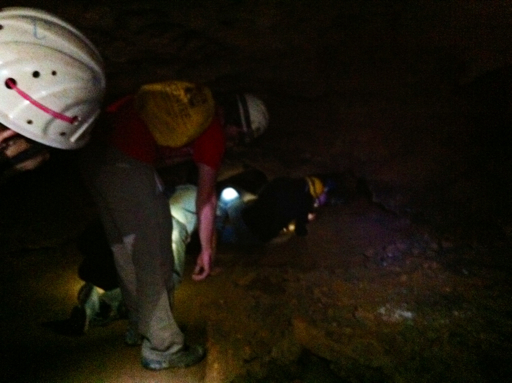 Victorius, we posed for a photo.

And then we turned around and went back out the way we had come.

Once outside, it was time for another group shot, with Kyle hanging upside down.

And then a stray dog decided to join us.