It took the Mormons 40 years to build their Temple in Utah. Most of the building was constructed from hand-hewn granite, hauled from over 20 miles away on ox-carts. It is a very impressive building. That,s the front of the Temple behind us. 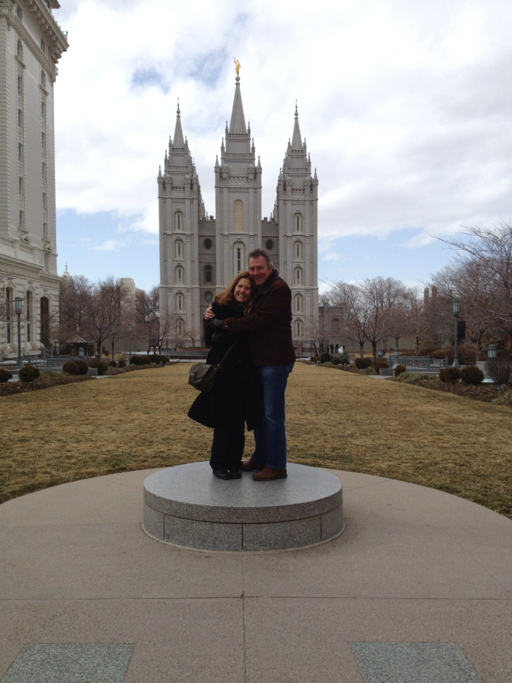 The Temple is only open to members of the Mormon Church. Several of its floors are used for instruction and indoctrination of members. Additionally, several floors house 70 “sealing rooms” which are used for wedding ceremonies. We were told that they have had as many as 130 weddings in a single day in the Temple. The sanctity of matrimony is a central tenet of the Mormon faith. There were several weddings underway while we were there. Here’s a newlywed couple posing for a wedding photograph, while another wedding party exits the Temple in the background.

We walked around to the South side of the Temple and walked through the visitor center where they have a scale reproduction of the Temple for non-members to view.

We continued around the back of the Temple.

Nearby was the Assembly Hall.