As we neared the valley floor, we spotted a cave complex of greater proportion than those we had been exploring on our way down from the ridge, so we went to investigate.

It was a columned Christian church, carved into the cliff! We entered through the large cave opening to the right, inside of which was this carved entryway…

…that led into what would have been the Nave.

I asked Dale to step up onto the lectern from which I suspect the priest gave the sermon back in the day, then I walked across the Nave and turned around to take this picture back toward the doorway (notice the benches to the left; we were obviously not the first to discover this place, though there was no signage or evidence of any significant attempt at restoration).

Adjacent to the Nave was another chamber where we could still see the cross painted above the altar. 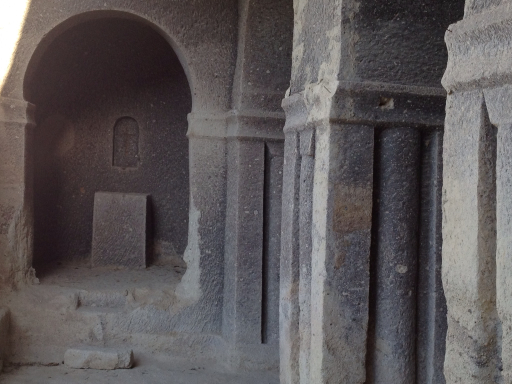 It was a moment for reflection, even for us Presbyterian Buddhists. 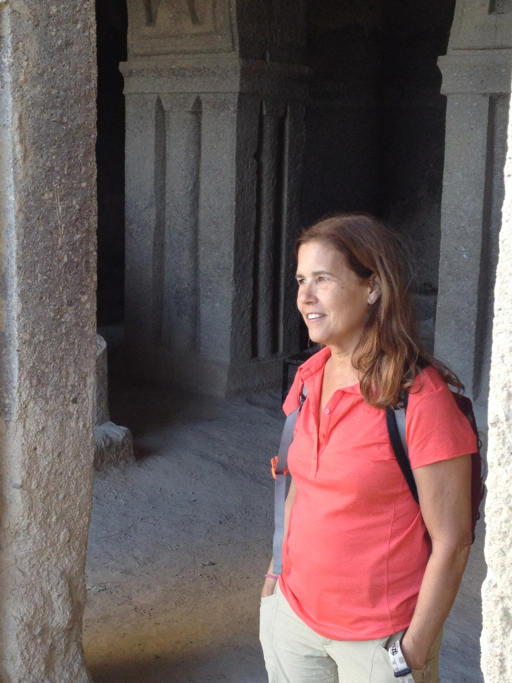 After spending some time in the cathedral, I coaxed Dale into climbing up into the upper chambers with me. The view from there was wonderful.

Apparently, this area was a dovecote, used to house messenger pigeons (we were, after all, in the Pigeon Valley).

These chambers had living quarters, including rock-hard beds (pardon the pun). Perhaps this was a monastery.

This time, I brought along a tripod, so we were able to get in a picture together. 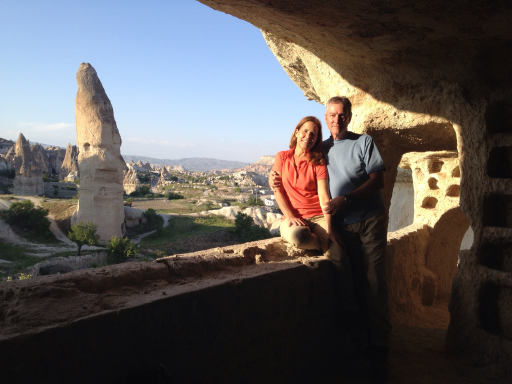 Leaving the church, we passed this engraving on a nearby wall. There are plenty of frescoes painted in the cave churches here in Cappadocia, but I hadn’t heard of anything like this. I’m pretty sure this was quite unique.

When we arrived back at the hotel (which was only a half mile away, as it turned out), I asked the owner, Serdar, who is also a local guide, what he could tell me about this church. He looked at the pictures and said, “I don’t know it, but there are more than 500 churches around here.”