According to the guidebooks, just up the hill from the Çavuşin Church is the oldest and largest church in the region: the Basilica of St. John the Baptist, built in the 5th Century A.D.

On our way up the hill from the Çavuşin Church, we passed this wagon, similar to many we have seen in use by farmers during our visit in Cappadocia.. 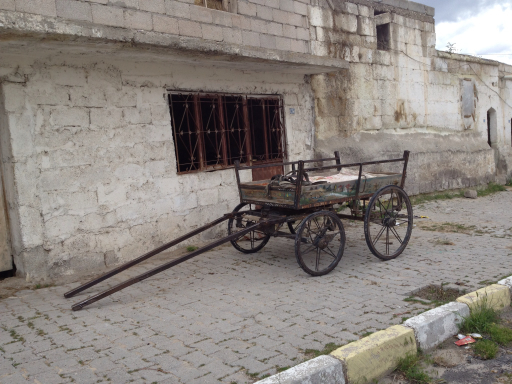 When we got to the base of the St. John the Baptist church, we met Mehmet, a lifelong resident of Çavuşin, who carves souvenirs out of the local tufa stone for a living; he offered to take us on a tour of the Basilica. 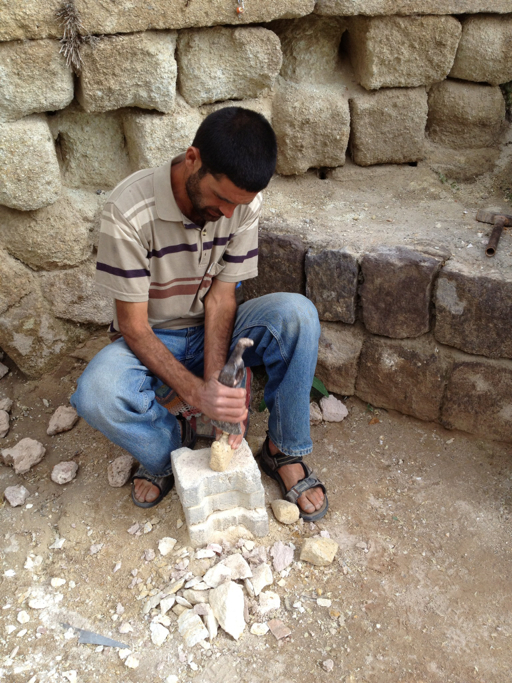 Though older than the other rock churches we had visited, the Basilica of John the Baptist looked much newer in places. 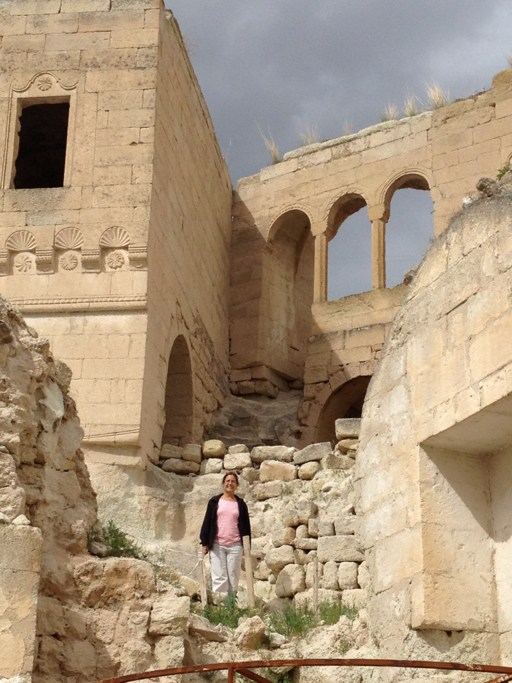 The higher we went, however, the older and more dilapidated the rooms and façades seemed to be. Mehmet told us that there had been an earthquake in 1974 that had severely damaged the Basilica, so maybe that was what we were seeing.

Sometime in the past, the Nave of the Basilica had been divided into three rooms by filling in between the columns to prevent further collapse.

The hill in which the Basilica is located also housed the village in olden times, but all the people have since moved down to ground level. 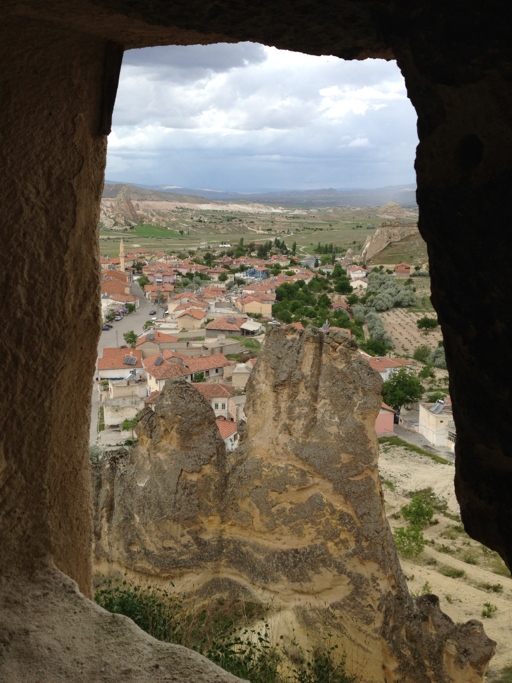 Mehmet took me around the exterior on a narrow ledge while Dale waited behind.

We returned to get Dale, then walked through the interior… 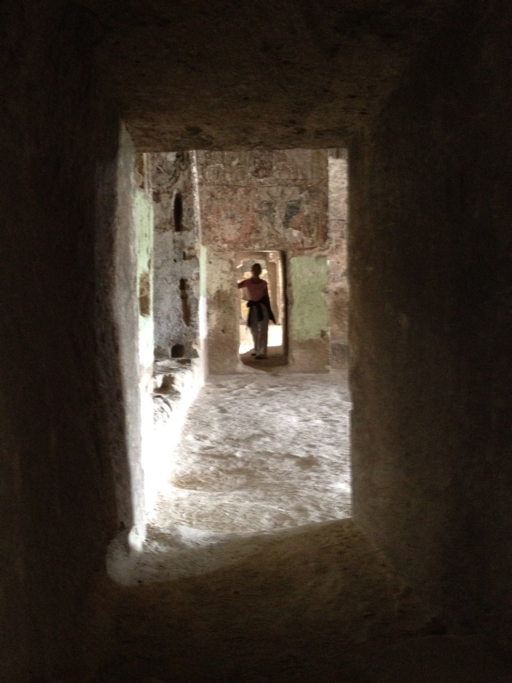 …up to the top where Mehmet pointed out the surrounding sites. 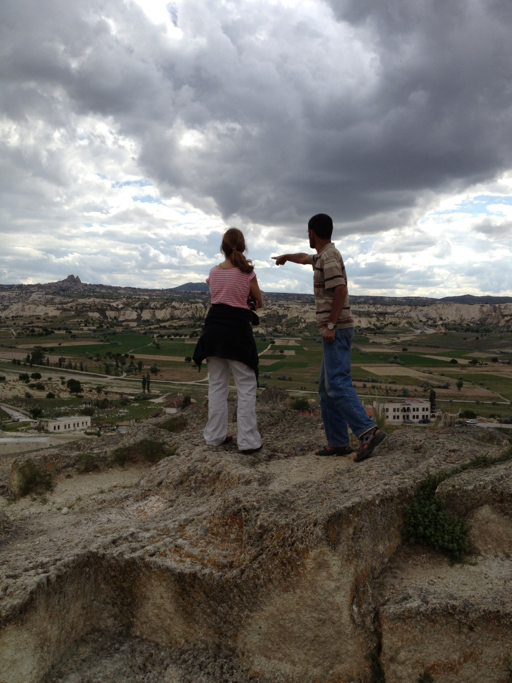 We walked back to the village around the backside where we could clearly see how much of the monastery had collapsed and fallen away, leaving holes that ran completely through the complex. 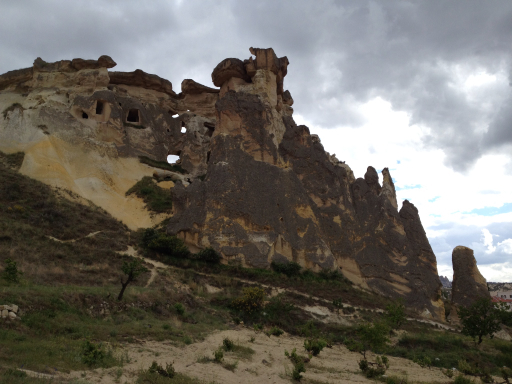 Back in the village, we passed by a shop that caught our attention. This guy might be on to something big (pardon the pun).