After our morning Kona coffee, we took a stroll through Kailua-Kona. Leaving the hotel, we turned to look back at the wa‘a, pulled up on the hotel’s beach for the night (our room is on the top floor of the building in the background). 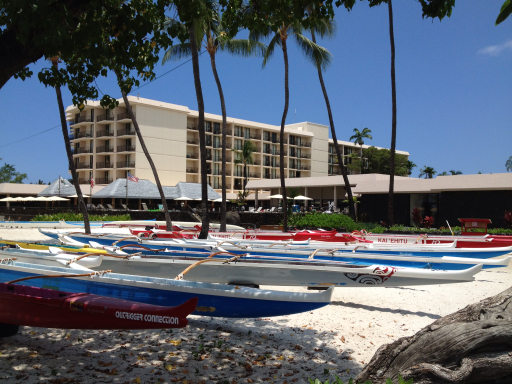 Early this morning, a cruise ship pulled into Kona. We talked to one of the passengers on our walk and learned that this NCL ship’s home port is Honolulu and it’s the only big cruise ship in Hawaii, doing a 7-day circuit of the islands.

There are no docking facilities in Kona and it’s too deep to anchor, so the ship sits in the harbor, maintaining its position with its side thrusters, while the launches ferry the passengers back and forth between the ship and the town (the ship set sail from Kona around 6:00 p.m.).

Kailua-Kona is, to put it bluntly, a tourist town, the Big Island’s Key West.

It really felt like being in the Keys; they even have the same vegetation, like this Banyan tree.

And, as it turns out, they have white sugar sand, just like we have in the Keys, which we found out when we went to a locals beach after a little shopping in town.

From the beach, we were able to see the summit of the volcano of Haleakalā on the island of Maui off in the distance; that’s it above the horizon on the left, at 10,000 feet, rising above the clouds. 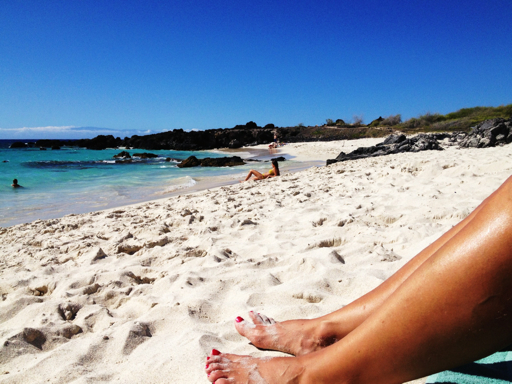 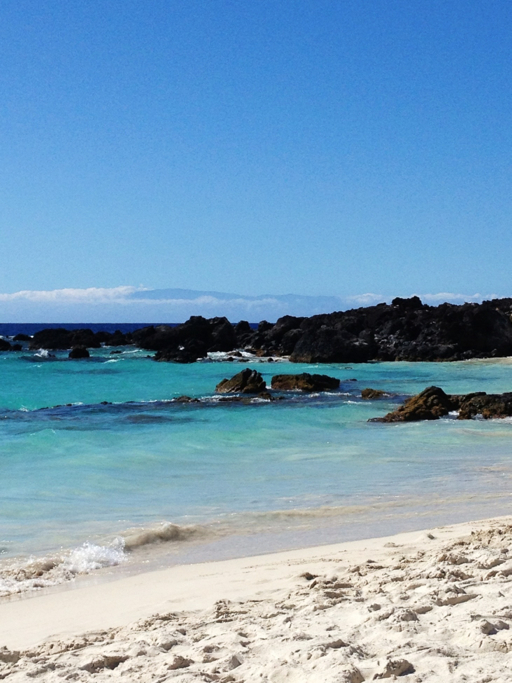 It was surreal, as if the volcano was floating in the sky.