After the arena, Alex took us to see his living quarters, just a little way down the hill from the rodeo arena. He’s converting a shipping container into an apartment. Here we are at “Home Sweet Container.” 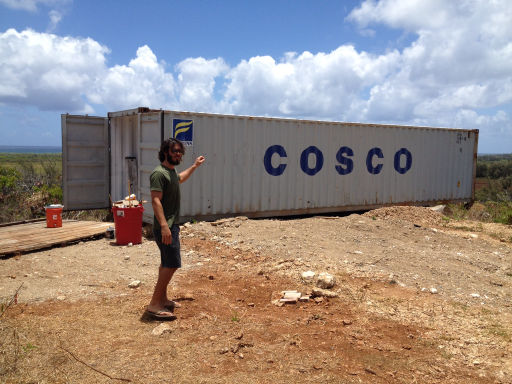 Alex has built an exterior wall at the door end, using some recycled sliding glass doors…

…and inside, he has been painting and building a partition wall to separate his bedroom from the living area.

He’s got quite a view from the window he and Cove cut out of the side of the container. It’s kind of like a wheel-less RV! 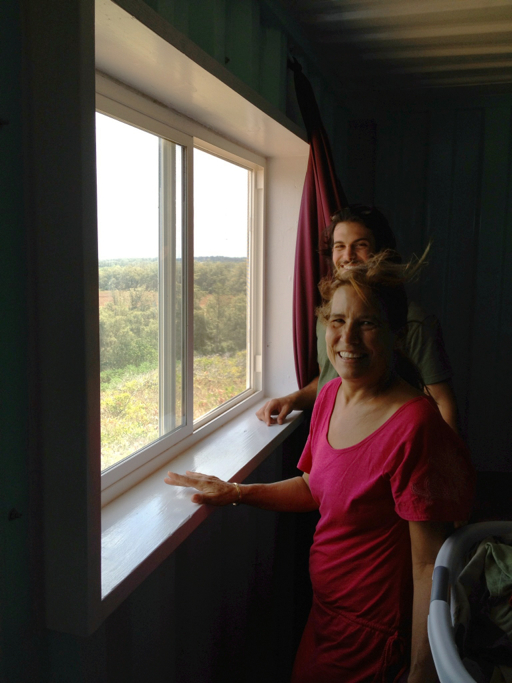 After admiring Alex’s creativity, we headed down to the shoreline to see where Alex works his second job. One of Duke’s neighbors has a very unique property that, with Alex’s planning assistance, is being developed into a tourist destination.

The property was the site of a Marconi Wireless transmitter, built in 1908 to send radio signals to California, Japan and the Philippines as part of the around-the-world wireless system being developed by Marconi at the time.

I think it has some type of historical designation. This plaque was on the side of the building…

…and some of the original radio equipment is still inside:

After the U.S. government took over the development of radio during WWI, the property became a military installation with an airstrip, but in 1946 a tsunami hit the islands from the north, destroying the base and covering the airstrip underneath a couple feet of sand.

We hiked up to the top of the dune to get a view of the property’s shoreline. It’s a great project and could be a stop for tourists touring the islands or attending Duke’s rodeo. 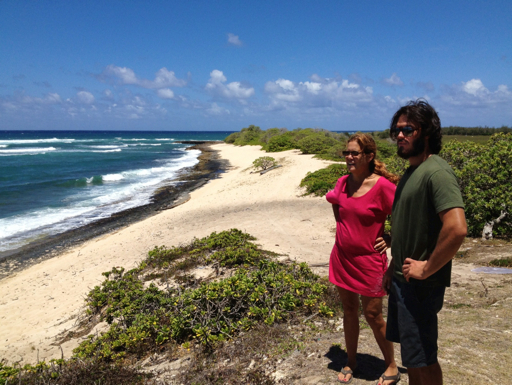 We had a great visit with Alex and hope to see him again before we leave Hawaii.