Before leaving Moncton, New Brunswick, on Friday, we drove up (down?) Magnetic Hill.

Starting at the “top” of Magnetic Hill, you drive down the road to a post marking the “bottom” and then put your car into neutral and take your foot off the brake. . . and then your car starts to coast backwards – uphill. At least that’s what it looks and feels like. Of course, you’re not really coasting uphill, it’s an optical illusion, but the locals have been attributing the effect to the “magnetic” qualities of the Hill for many years. It certainly is magnetic – it draws tourists from all over.

From New Brunswick, we drove over the 8 mile long Confederation Bridge, competed in 1997, to Prince Edward Island. 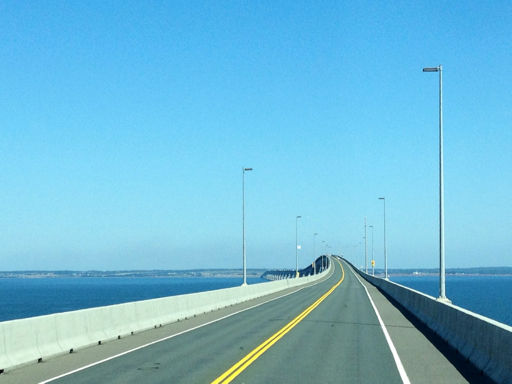 We decided to stay at a campground on Prince Edward Island for two nights so that we could attend the annual PEI Seafood Festival at Charlottetown, the capital and largest city of the province of Prince Edward Island. Look what we got for a grand toal of $12.00! 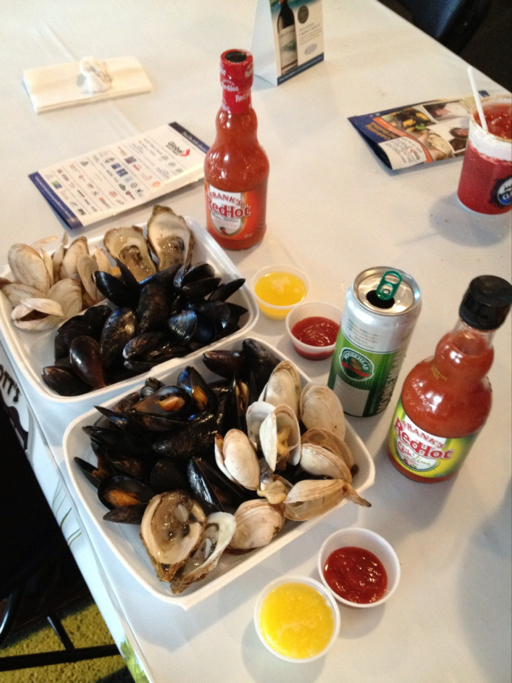 The shellfish for sale were oysters, clams, mussels and quahogs. They had a few lobsters, but since lobster season is over, the ones on display were pretty puny.

There was also live Celtic music at the Festival, and it was great. The population on Prince Edward is a mixture of Scottish, Irish, English and French which has resulted in a lively brand of music that resonates throughout Acadia, the Appalachians and all the way down to New Orleans. It sounds like Bluegrass and utilizes the same instruments.

The first band was very talented. The musicians kept trading instruments with each other and at one point two of them played a single fiddle together: 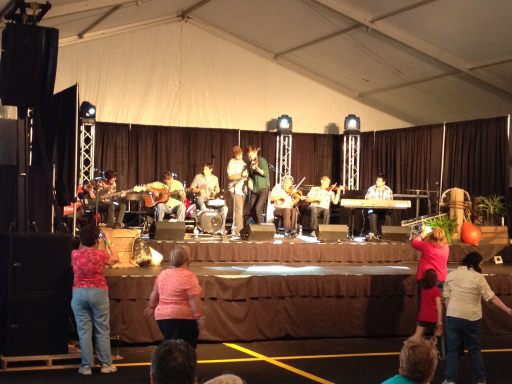 The second band, attired in Scottish kilts, was faster-paced and got the place up dancing: 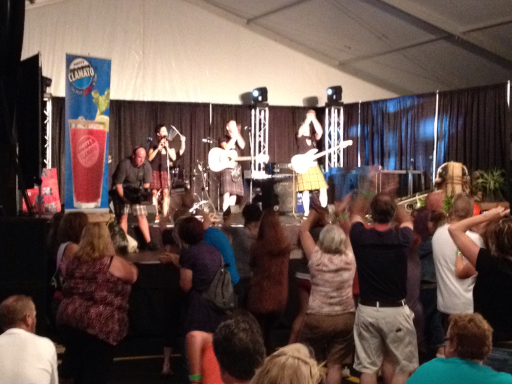 The next morning, Saturday, we decided to drive around the island. First, we headed north to the shore at Prince Edward National Park. The water is in the 50s, so it’s not a real swimmer’s haven, but they do have beautiful beaches and dunes. 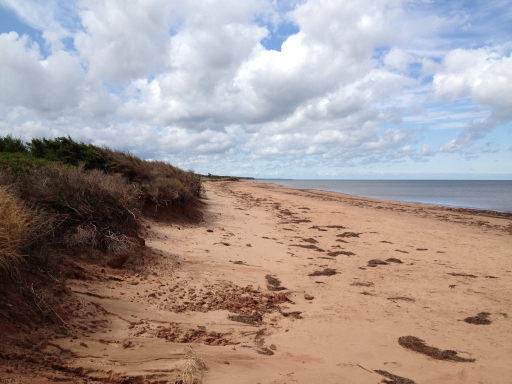 Prince Edward is known as the “Green Province” and also as the “Garden on the Gulf” because of its pastoral landscape. It reminded us of Ireland and lowland Scotland, and also of the Carolina Piedmont. The whole province is fertile, dotted with small farms, and even in mid-September the entire island is in full growing season.

At any rate, as we drove through the countryside, we passed a gathering of cars around a small, two-story building festooned with flags and loudspeakers, so we stopped to see what was going on.

It turned out to be a racetrack with a drag-strip and there was a private event taking place, but the folks in attendance didn’t mind us joining as spectators. I was able to get right up to the action to take some pictures.

Here’s one of the racers spinning his wheels to heat them up for better traction: 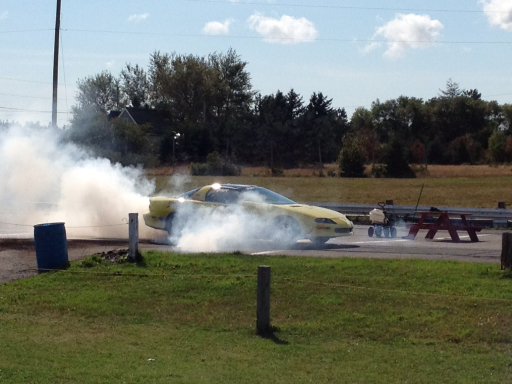 But here’s the real star of the show: 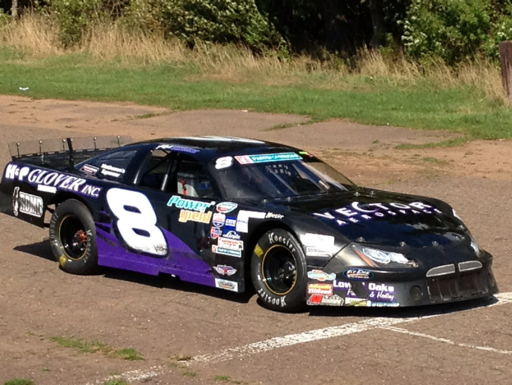 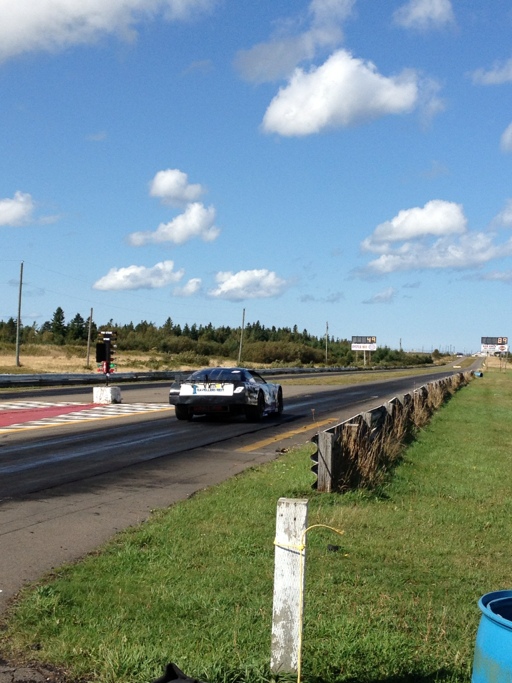 We continued our country drive with me, Mario Andretti Ulmer, behind the wheel as we left. Actually, we continued at our leisurely pace across the island to the southern shore which is known for its red sand beaches. 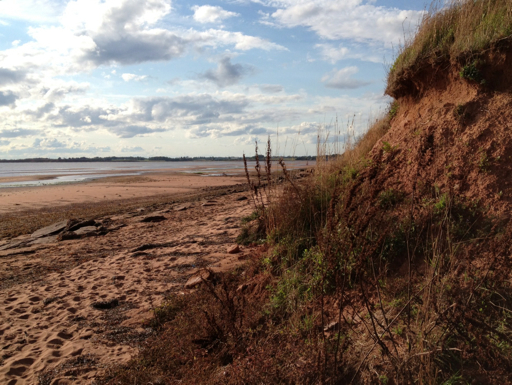 We found a dirt road to the southern shore, parked, and walked out onto the exposed bottom. 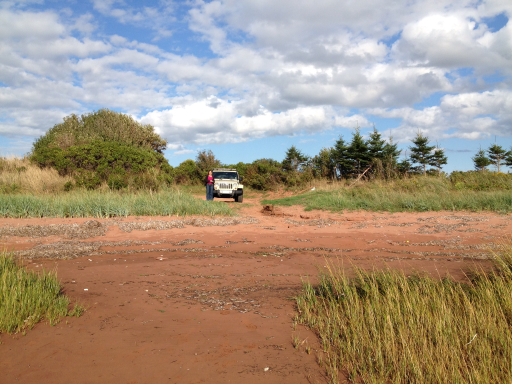 From there, we had a nice view of the Confederation Bridge. 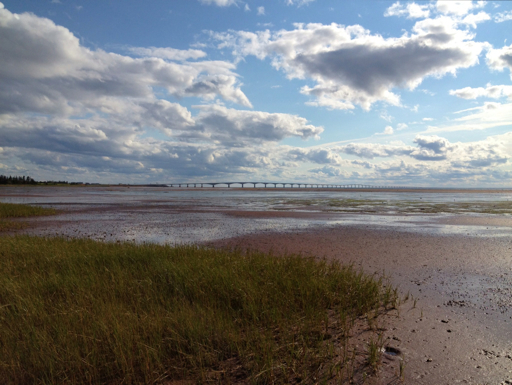 Dale, in her hiking boots, couldn’t resist walking further out to photograph some gulls. Sinking in the muck in my street shoes, I held back. 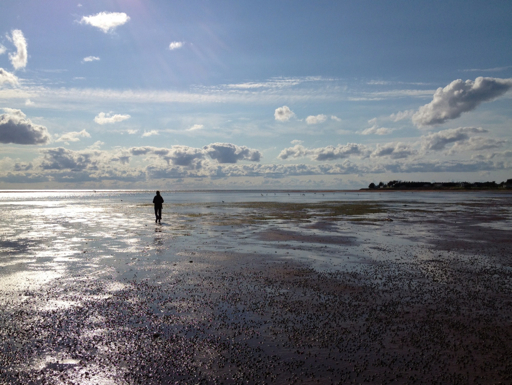 It was a long day, so we decided not to take in a second night at the PEI Shellfish Festival, in order get an earlier start Sunday morning on our way to Nova Scotia by ferry from the port at Wood Islands.