We arrived right at the changing of the guard…

…or maybe the army was storming Argentina’s Central Bank (too bad the country’s currency isn’t as solid as the Central Bank building – Argentina is one of the few modern nations to have defaulted on its national debt). 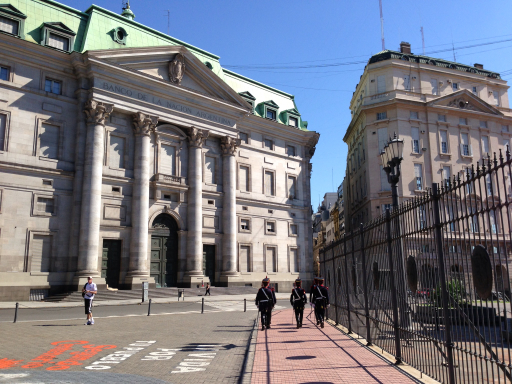 At any rate, we thought the better course was to befriend the military.

We took the first tour of the day. Since it was a national holiday (Carnaval Porteño), El Presidente Kirchner wasn’t working, so we were able to have a tour of her private chambers! Unfortunately, photography was not allowed in her office for security reasons, but it was pretty cool being able to walk around in the President’s private office. We were able to take pictures in the conference room were she welcomes foreign dignitaries, however.

The balcony just outside of this conference room is where earlier Presidents held rallies and gave their political speeches to the masses assembled in the Plaza de Mayo. Here’s the view from the President’s perspective: 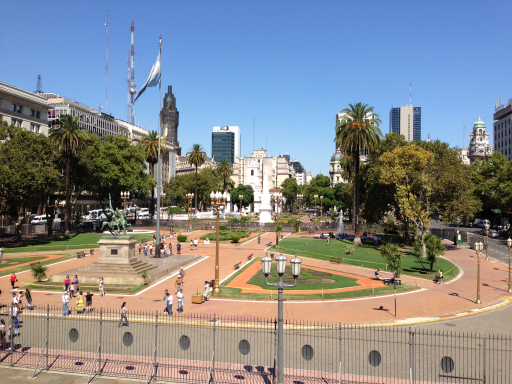 And here’s our group leaving the President’s wing under the watchful eye of our tour guide. 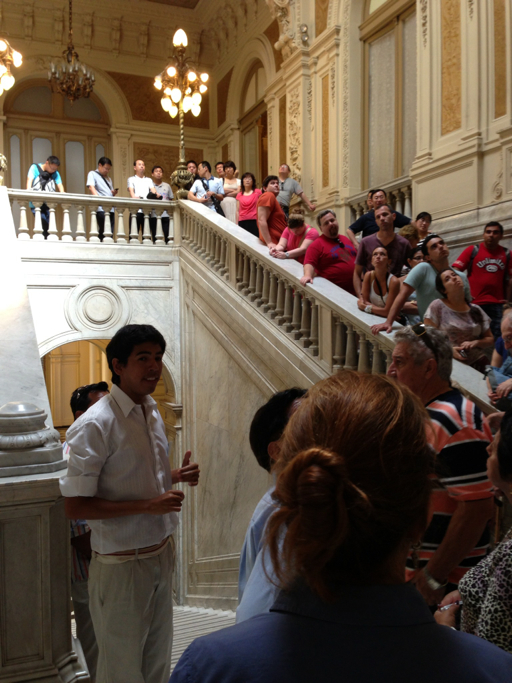 Before leaving the building, we toured a few other rooms in the Casa Rosada. This inner courtyard was especially handsome.

After wandering around the Plaza de Mayo, we visited the Catedral Metropolitano, then walked down Avenida de Mayo to the Café Tortoni, which is famous for its antique decor, to have afternoon tea.

Surfeited, we caught the Subte (the Buenos Aires subway) for a quick ride to the Zoo.

The zoo wasn’t anything special, but it was fun to walk around the park, feeding the animals. 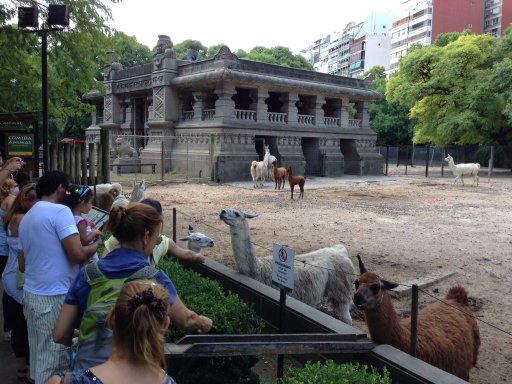 Back at the hotel, we’re resting before we head out tonight for dinner and a tango show!