Yesterday, Sunday, we went on a 13-hour adventure called “Big Ice.” After being picked up by shuttle and transported to a larger bus, we drove west about 60 miles to Perito Moreno Glacier, the third largest glacier in Los Glaciares National Park.

Here’s the view of Perito Moreno Glacier in three photos from the “balcony” overlook on the opposing peninsula. The first photo is the south wall, followed by a view straight up the glacier (looking due west), the third photo is the north wall: 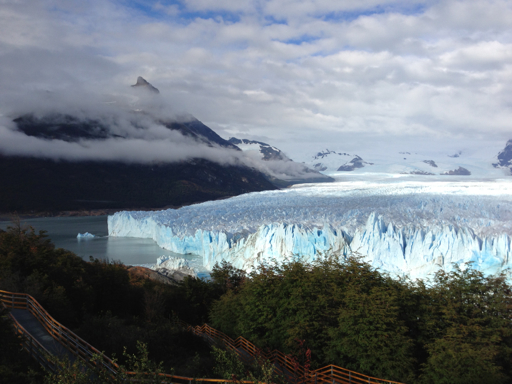 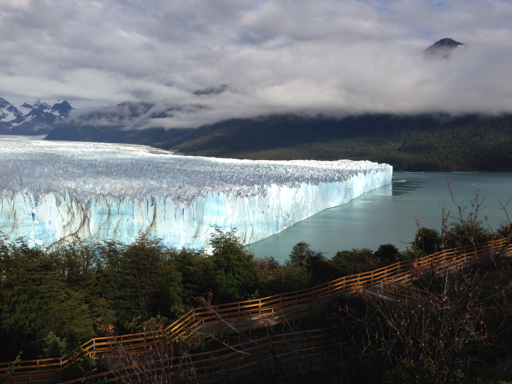 The Perito Moreno Glacier is one of the few glaciers in the world that has stabilized. From the lake surface, the face of the glacier is around 150 feet high, but it also extends below the surface about 300 feet; it is approximately 3 miles long, measured end to end.

The Big Ice trek that we went on Sunday afternoon took us 6 km – about 3.6 miles – above this point, toward the mountains you see in the background in this photo: 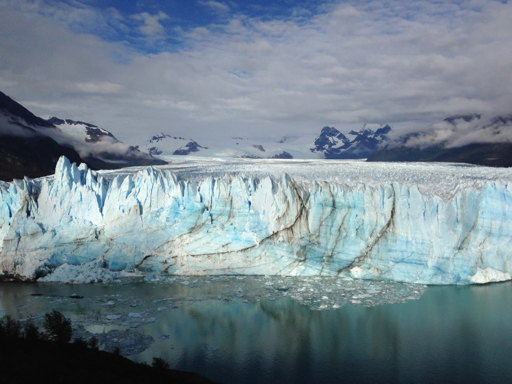 Another unique feature of Perito Moreno Glacier is that it is still growing, unlike most glaciers that are receding. This growth is best evidenced at an area on the south wall at a narrow point that you can see in this picture just to the right of Dale:

The rupture is cyclical and happens about every four years. The last time the rupture occurred was almost exactly one year ago. You can see a small part of the ice bridge remaining on the peninsula side, after the rest of the bridge collapsed.

We took a last look at the north face before boarding the bus to go down to the port on the Brazo Rico to take a short boat ride to the glacier to begin our trek out onto the ice. 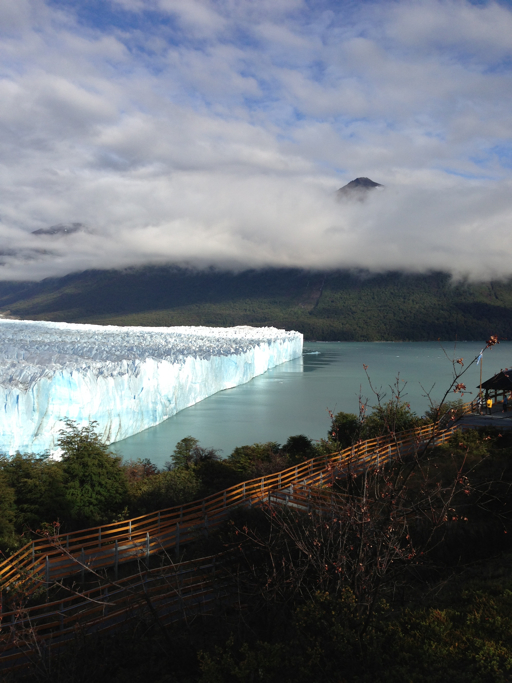 One thought on “Perito Moreno Glacier”