After dropping off our stuff in the Portakamp, we decided to go see the Albatross rookery that Suzan said we could find by following the fence line around the hill to the other side. Our path was blocked, however, by a huge colony of Rockhopper Penguins, another migratory species. These guys will be the subject of a later post…

…so I’m not going to talk about them just now.

Past the Rockhoppers, we found the Albatross in a small depression in the hillside. They nest in places like this so that they can take advantage of the updrafts for taking off. The birds in these photos are nearly all juveniles, sitting in the nests they were recently born in. 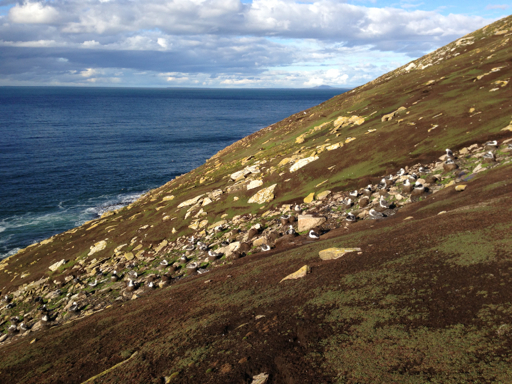 We passed around them to the other side for a better view, just as an adult Albatross landed below us.

The nests are made out of local vegetation and guano. They are almost perfectly cylindrical, with depressions on the top for the birds to sit in.

Another adult bird soon showed up and the two adults found and fed their young. 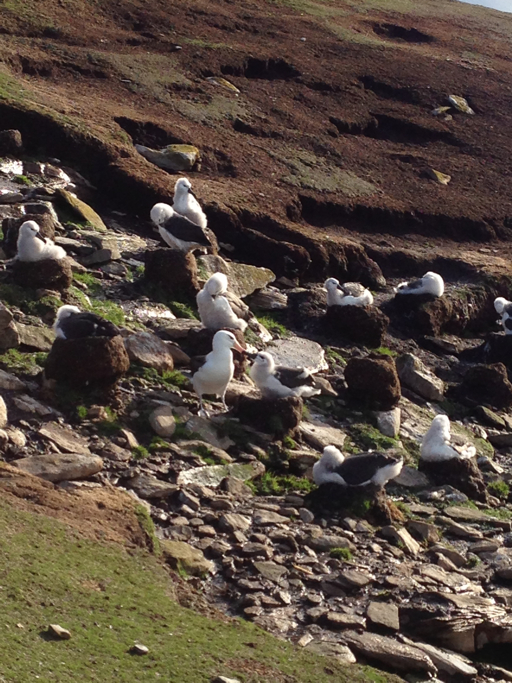 Finished with the feeding, the two adults took off – one right in front of me… 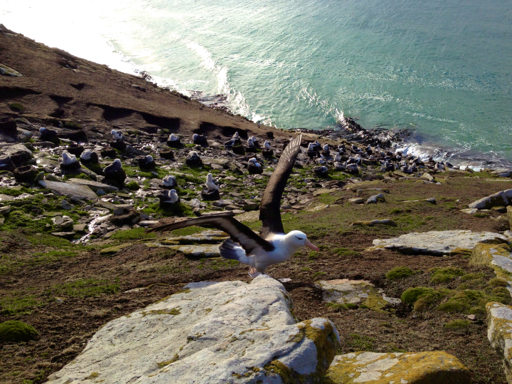 …the other, lifting off right over Dale’s shoulder! 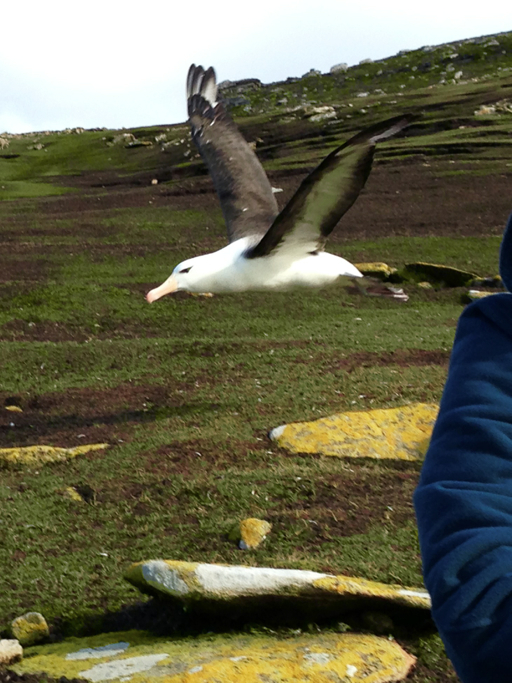 I read somewhere that their wingspan can get to be eight feet. They were magnificent in flight.