On the way into Parque Nacional Tierra del Fuego, we saw a fox trotting down the road. By the time we stopped the car and got my iPhone out to take a picture, he had scampered off into the brush, yet still close enough to see. 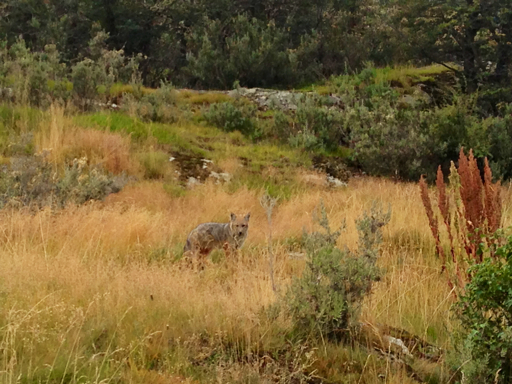 There are two kinds of foxes in Tierra del Fuego: the Fuegan Red Fox, which is indigenous; and the Patagonian Grey Fox (above), which is not native and was introduced from the Patagonian mainland. We had seen one of these guys in Torres del Paine, too.

At any rate, after our hike along Bahia Lapataia, we continued up a small nearby hill where there was a nice lookout over the bay, toward where we had seen the beaver dam. 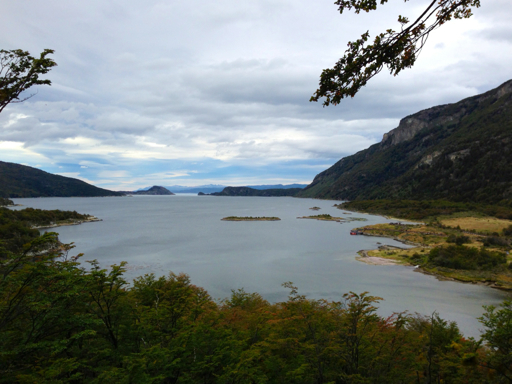 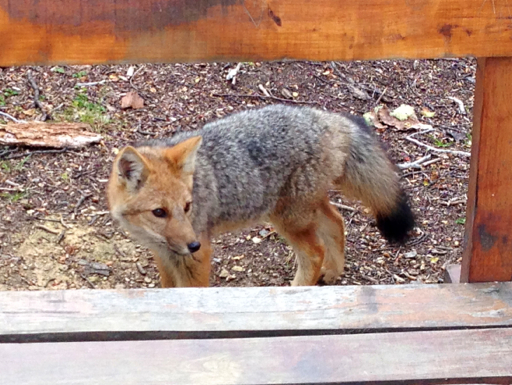 I’m pretty sure this one was also a Patagonian Grey Fox, but it also looks an awful lot like the pictures I’ve seen of the Fuegan Red Fox. Whatever it was, it was pretty comfortable around humans. I took this picture underneath the overlook platform, as it was getting ready to scratch an itch. 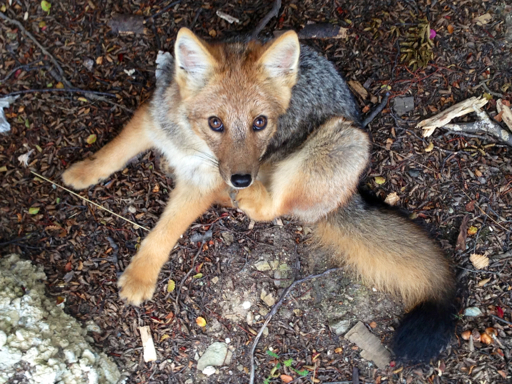 We left the overlook and finished the trail, then drove over to Lago Roca where there’s a restaurant and visitor center that had an exhibit about the Yámana indians who inhabited this place before european settlement brought disease that decimated the native population (these are the same natives that Thomas Bridges of Estancia Harberton had been a missionary to).

There was a nice view of Lago Roca from the visitor’s center. 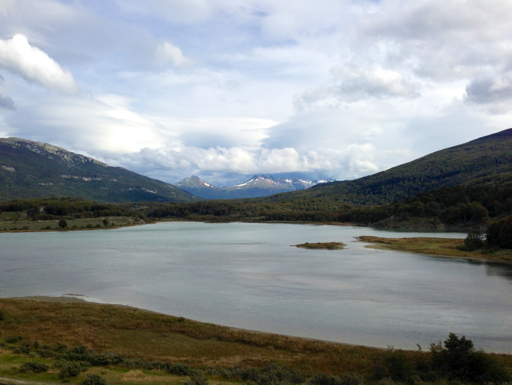 Leaving the visitor’s center, we parked the car a little ways up the road and hiked along the shoreline… 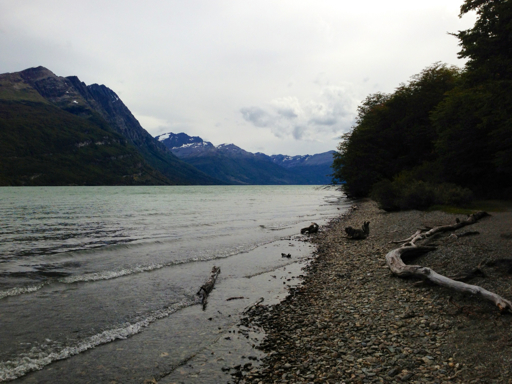 …and through the Lenga forest along its banks.

On the walk back to the car, I was thinking that canines really seem to find us attractive. Last night, we went shopping for a souvenir for the trip and found it at this store with a little help from a sheepdog that just wandered in. 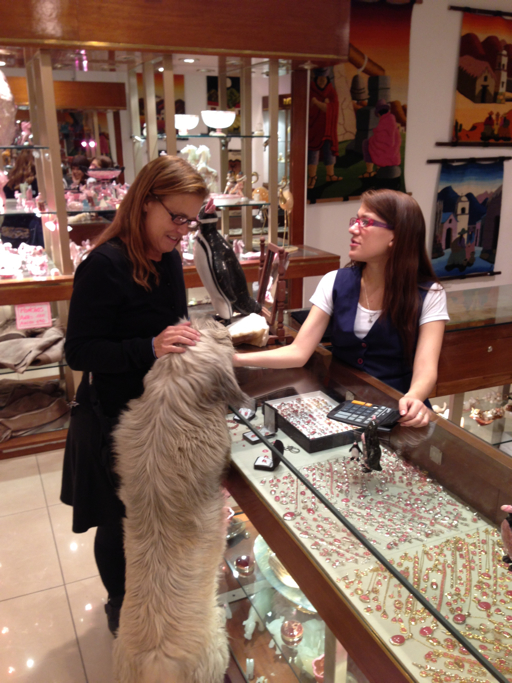 Our souvenir is sitting on the counter next to the clerk’s calculator in the photo, above: a gentoo penguin like we saw in the Falklands, carved out of Argentinian rosada quartz. What a tremendously ironic and iconic find.