To finish out our time in Prague, we returned to the Old Town Square to see the medieval astronomical clock known as the Prague Orloj (Pražský orloj) located on the lower, southern wall of the tower of the Old Town City Hall.

According to Wikipedia, “the clock was first installed in 1410, making it the third-oldest astronomical clock in the world and the oldest one still working.” Wow, over 600 years old! We saw another, simpler and less ancient astronomical clock in Ulm when we visited there with my relative, Manfred, a couple weeks ago.

There are three sections to the clock. At the bottom is a golden dial that is actually a calendar; you can see that it is divided into 12 sections – months – and it rotates with the current month and day at the top of the dial (the calendar dial is actually a copy made in 1880; the original is in the Prague Museum).

We arrived at the Orloj a little before 7:00 P.M. Soon, a crowd of people settled in around us, everyone staring up at the upper section of the clock, eagerly awaiting the striking of the hour, cameras at the ready:

At precisely 7 o'clock, the Orloj turned into a giant cuckoo clock, complete with a crowing rooster. The Twelve Apostles rotated through the windows while death, the skeleton, rang the bell. 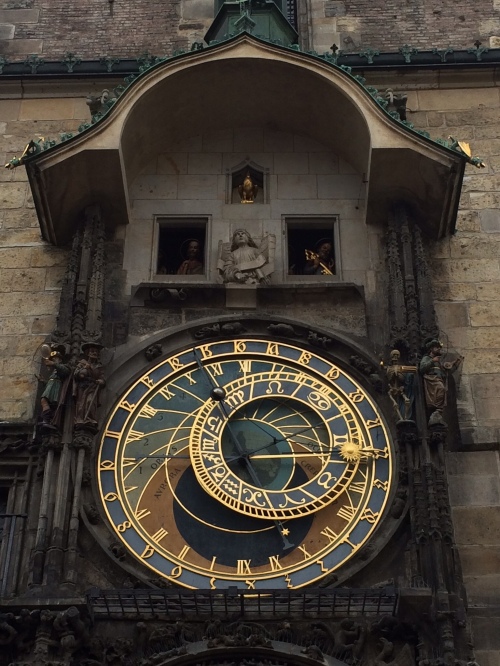 I must have spent an hour trying to figure out what information this ancient timepiece was imparting. It looked to me like it indicated the zodiac, the positions of the sun and moon, and a bunch of other, indecipherable information, but I couldn't tell if it actually told the current time.

I finally realized that the golden hand with the pointing finger (behind the sun hand) was probably what I should be looking at, but it was pointing to VI, that is, 6:00, when it was actually 7:00. Then I realized that we were on Daylight Savings Time which is an hour later than UTC/GMT (Universal Time Coordinated) which is what I had read the clock was set to. Mystery solved!

While I'm talking about time machines, let me expain why we decided, kind of at the last minute, to include Prague, the capital of the old kingdom of Bohemia, in our itinerary for this trip.

My paternal grandmother's maiden name was Augusta Goerner (1902-1984). I had done a bit of genealogical research on her line several years ago and discovered that, according to the U.S. Census of 1870, her father (my great-grandfather), Herman Goerner (1862-1922), had been born in Austria, as had his brothers and parents. The 1920 Census narrowed this down to Bohemia in Austria, but I couldn't find any information about where they originated from in Bohemia.

Now, some of you may know that I've been writing a family history on and off for almost 20 years now. When I started doing this research, all the source material was in libraries in books and on microfilm, but now many of the old records have been scanned and almost everything is accessible over the internet, including, more recently, shipping manifests from the old steamships.

So, while here in Europe, I did a few name searches using Görner, the German spelling of Goerner, and located Herman's father, Joseph Görner (1831-1885), my great-great-grandfather, on the manifest of the “Eugenie” which departed from Hamburg, Germany, in July 1865, and arrived in New York.

Joseph was 34 at the time of his emigration and was apparently traveling with his younger brother or cousin, Ludwig Görner, given that they were traveling together and were both listed as being chamber musicians from Blottendorf, Österreich (in German: Austria; which was then in the Kingdom of Bohemia, part of the Habsburg's Austrian Empire).

[I also found the ship manifest entry for Joseph's wife, Theresa (1837-1917), and their children who followed the next year, apparently with another younger brother, Otto.] 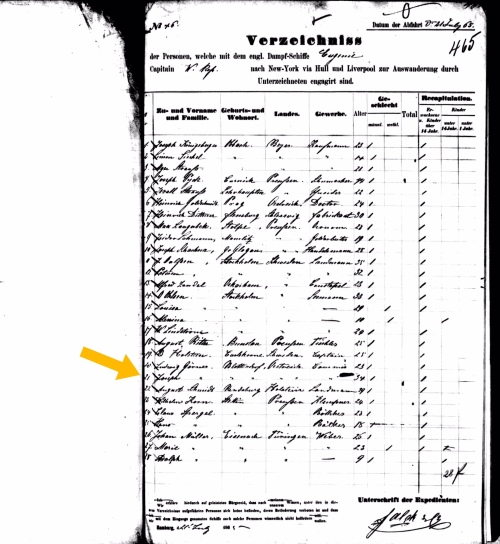 At any rate, the significance of this discovery is that I had pinpointed where the family was from: Blottendorf, Austria, a small village about 50 miles north of Prague!

There's very little information available about Blottendorf since, as a German settlement in the Sudetenland, it ceased to exist after WWII when the Russians forcibly expelled all ethnic Germans from Czechoslavakia. The village is now called Polevsko, Czech Republic.

But I did discover that the village was famous for its Bohemian Glass, a trade that continues in nearby Nový Bor, Czech Republic. Bohemian Glass is blown, etched and handpainted. Here's a sample: 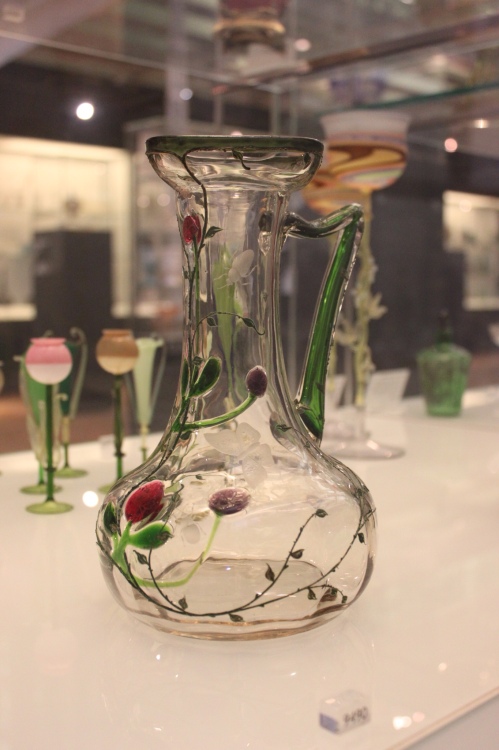 Not my photo; I got this from the internet

This all made perfect sense to me. Apparently, there wasn't a big demand for chamber musicians in the U.S. in 1865, what with the Civil War going on and all. But, I'm guessing that Joseph Görner had probably been trained in the Bohemian Glass trade back in Blottendorf. So, in St. Louis, Missouri, where he settled, he was listed in the 1870 Census as a “photographist” (glass plate photography then being in vogue) and in the 1880 Census as a “portrait painter.”

Musician turned artist. What a bohemian.

I guess that's where I get it from.