After leaving Cluxewe following our Grizzly Bear excursion, we spent an entire day driving to the opposite end of Vancouver Island, just south of Victoria, the capital of British Columbia, to Pedder Bay. We wanted to be close enough to Victoria to make a day trip there, but far enough away to be out of the hustle and bustle of the city. Dale found the perfect place at Pedder Bay RV Resort & Marina, the blue dot at the bottom of this map of the Pacific Marine Circle Route: 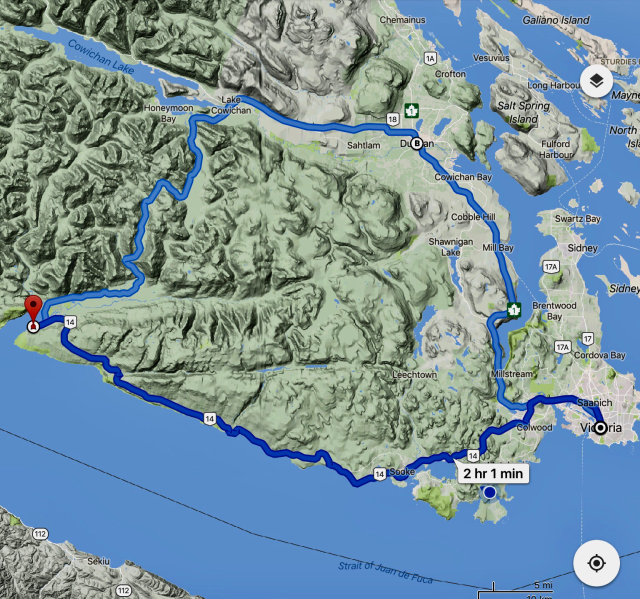 The Pacific Marine Circle Route is an all-day scenic drive. We chose to do it clockwise, stopping first in Sooke at the visitor’s center to pick up a guide map. The first two hours of the drive is along the southern coast. About midway between Sooke and Port Renfrew (Port Renfrew is located at the red marker with the black dot on the map, above) is China Beach where we stopped to hike down through the forest… 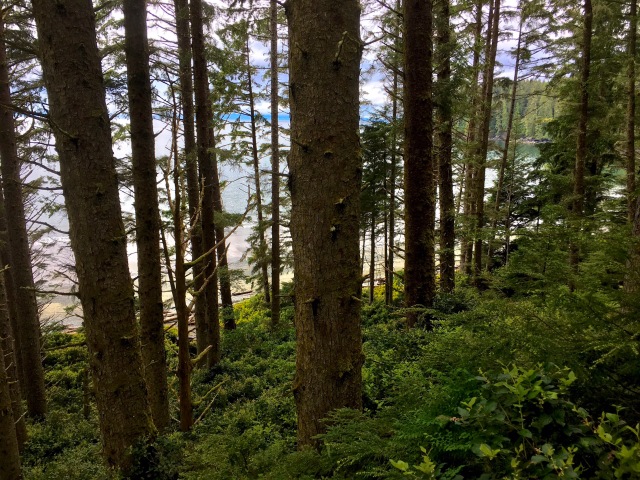 … to the beach for views of the Olympic Peninsula of Washington State across the Strait of Juan de Fuca. 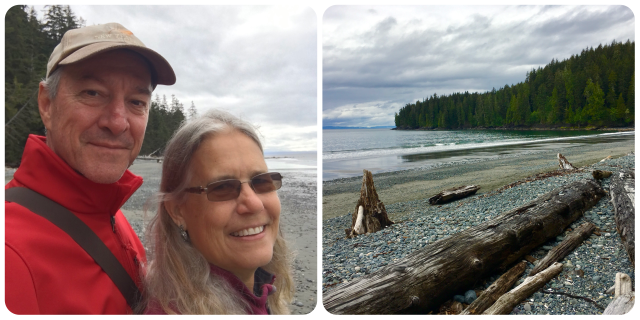 The route continues to Port Renfrew, but after it crosses the San Juan River, the road is a rough graded lumber road for quite a distance. 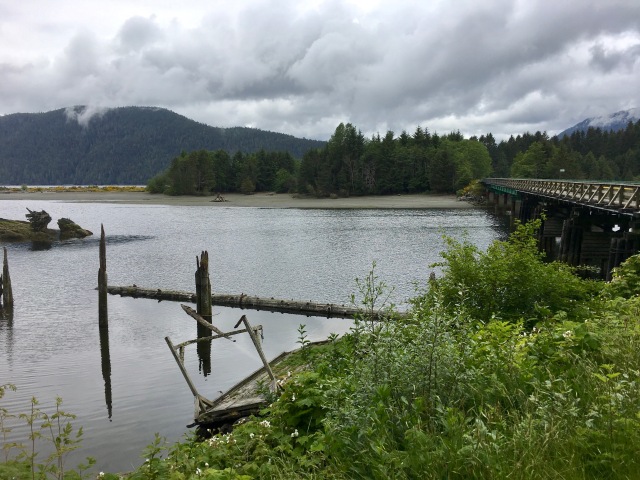 Our goal was Avatar Grove, a stand of old growth Douglas Firs and Western Red Cedars, some as tall as 250 feet. You can get a feel for the size of these trees by checking out the girth of this cedar: 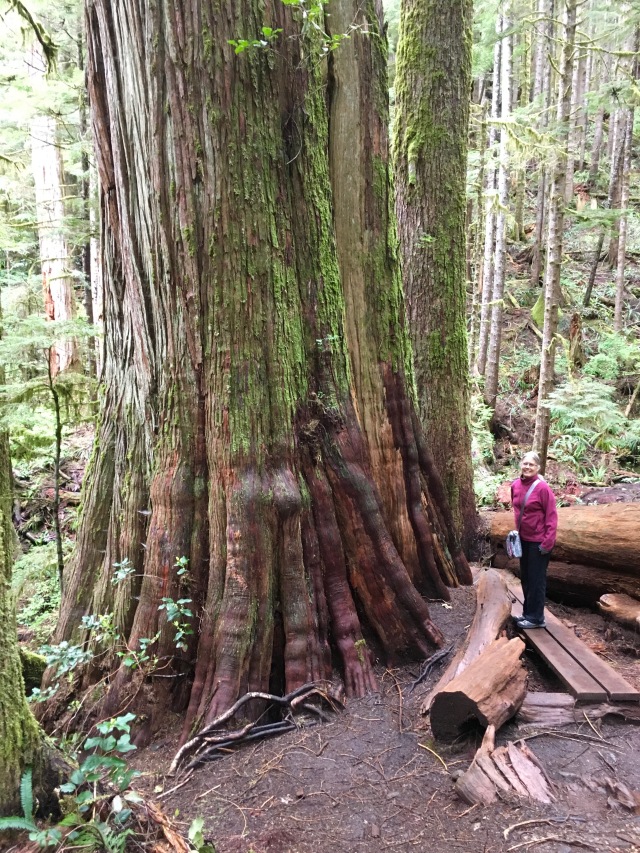 There’s a path through the grove with occasional steps and boardwalks, but not too many people venture out here. 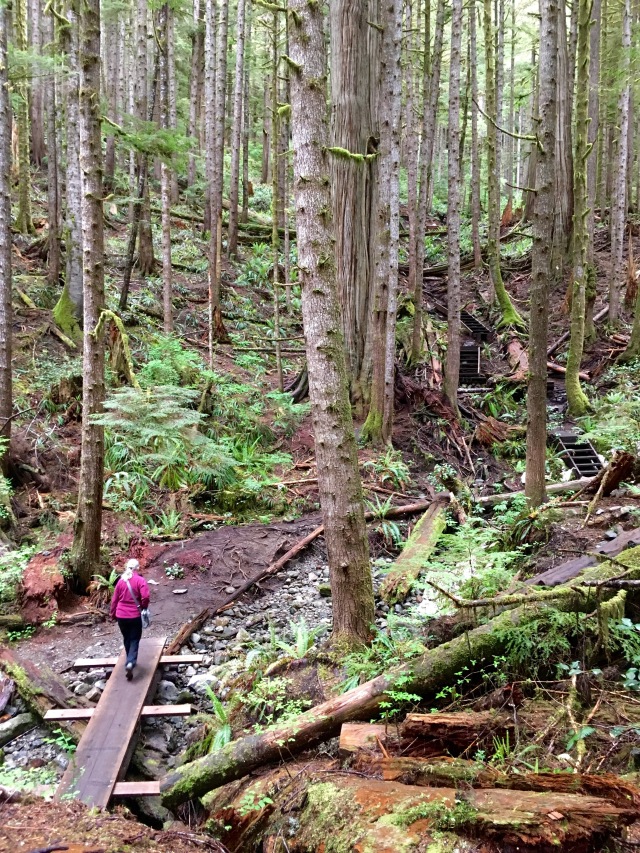 Avatar Grove is famous for “Canada’s Gnarliest Tree.” Here it is:

We continued north from Avatar Grove on the Pacific Marine Road in search of the San Juan Spruce, Canada’s largest Sitka Spruce tree. Here it is: 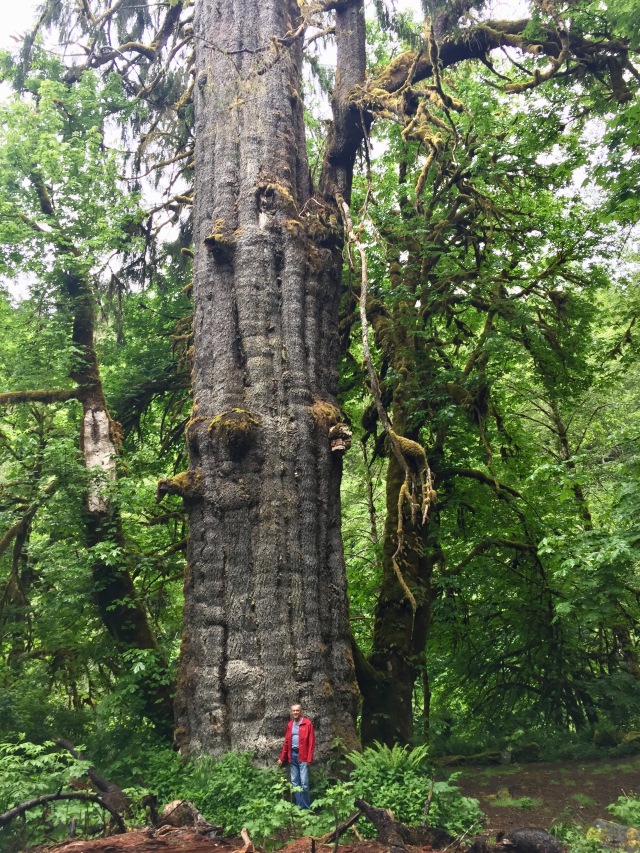 The last of our “Treefecta” was supposed to be the Red Creek Fir – at a diameter of 13.8 feet and 242 feet tall, it’s the largest Douglas Fir in the world. According to the map we obtained in Sooke, the Red Creek Fir is accessible from the Pacific Marine Road on timber roads, so we drove on and up until we came to a clear-cut area that looked like a war zone:

The road narrowed and climbed and, if you can believe it, got rougher, until it finally petered out altogether: a dead-end. So, I’m sad to say, we didn’t get to see the World’s Largest Douglas Fir. But, I bet we saw the runners-up.

And, while I’m talking trees, I should probably mention that logging is the principal industry on Vancouver Island, although fishing, tourism and technology (IT in Victoria) are also mainstays of the local economy. We saw evidence of the forest industry everywhere we went. Here’s the program: First, cut down the trees, sometimes old growth forest, but more commonly planted tracts like these: 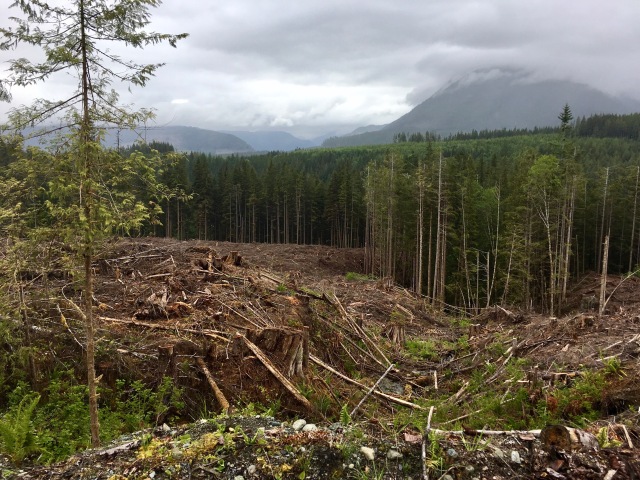 . . . to the nearest terminal for off-loading.

Third, sort the logs by species, size, quality and value and weigh them to determine the royalty payment due to the provincial government: 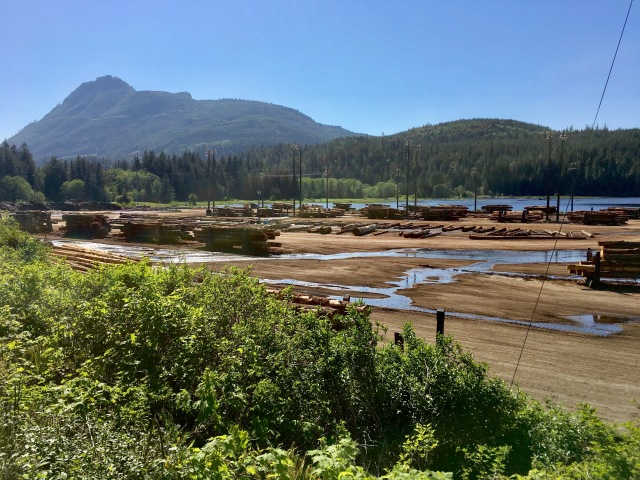 Fourth, strap like-kind logs together, creating rafts about 60′ by 360′, a little larger than a football field, so they can be towed by tugboat. . .

. . . to the appropriate mill for finishing into lumber, the fifth and final process.

But, some of the logs stay here, as totems or as guards of the old growth forests.