Vietnam ranks 2nd in the world for production of coffee and 5th for production of tea. Most of the coffee and tea in Vietnam is grown in the central highlands and the highland city of Bao Loc was our destination. [Our guide, Loc, whose middle name is Bao, told us on the drive that he was named for the city of Bao Loc by his grandfather who owned a silk factory there before the communist take over and its confiscation in 1975. The Vietnamese naming custom places the middle name before the first, thus, Bao Loc.]

Here’s a view of the central highlands on our drive into Bao Loc. I’m pretty sure those are coffee bushes across the field. 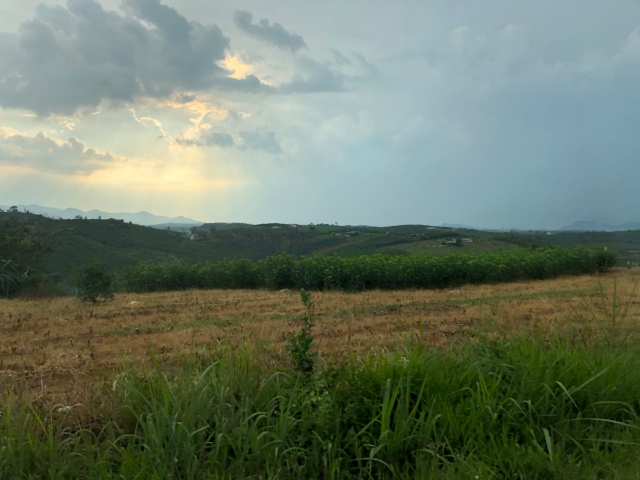 One of my mother’s favorite endearments was, “I wouldn’t trade you for all the tea in China.” Well, my mother has passed on and this is probably the closest I’ll ever get to China, but I couldn’t help thinking of her in this tea haven. [“Mẹ,” by the way, is Vietnamese for Mother.]

As usual, Loc, who seems to have friends everywhere we go, had arranged for us to have a tour of a small tea factory in Bao Loc. The process starts with bagged, raw tea leaves obtained from local growers being unbundled and washed… 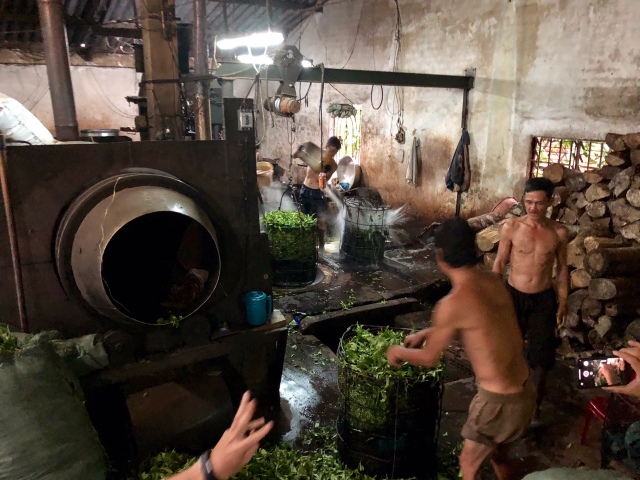 … and then pressed. It’s hot and arduous work, done in the evening and night when the temperature is cooler. 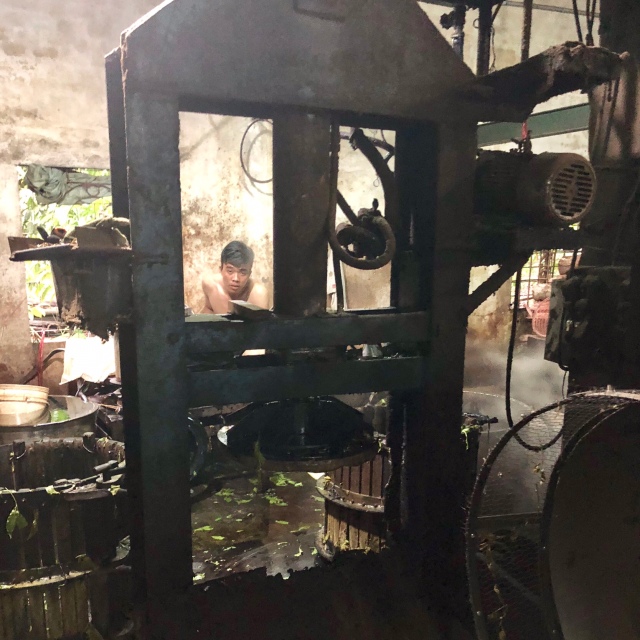 Next, the leaves are crushed in these strange rotating machines… 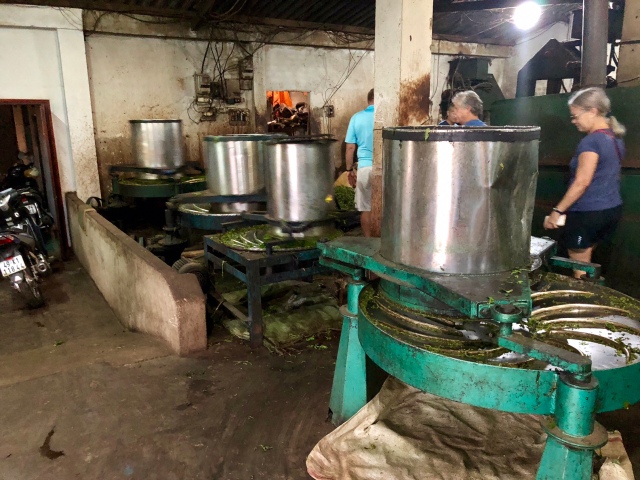 … until they’re ground to a pulpy mash… 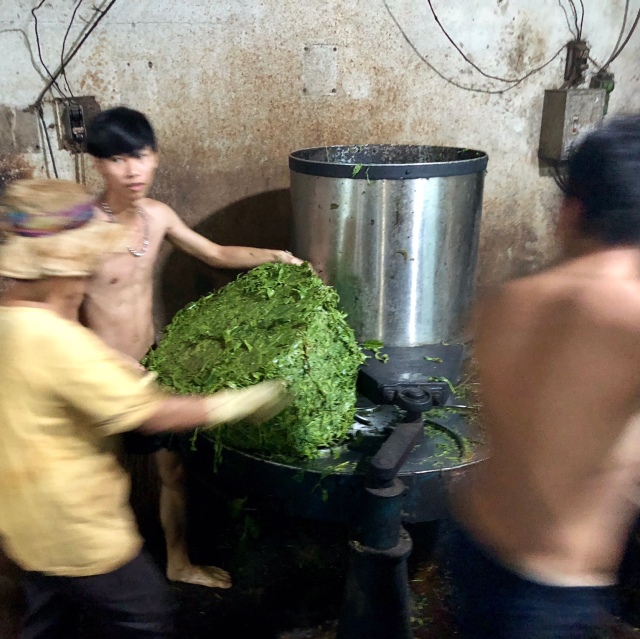 … and then shoveled into these driers: 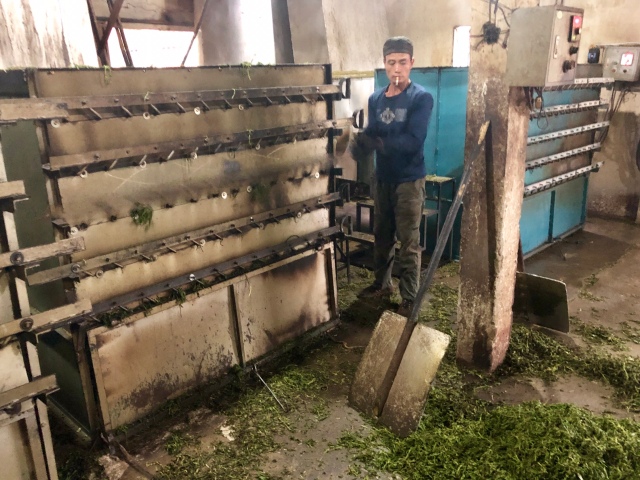 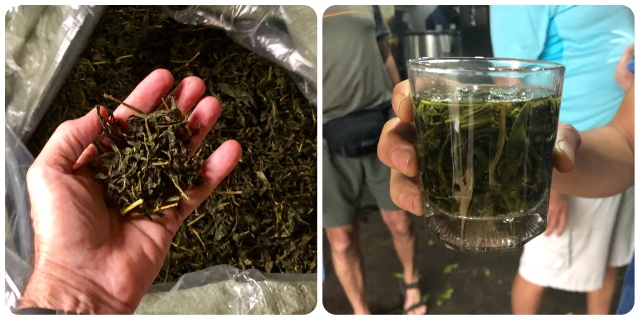 And a group photo with our host: 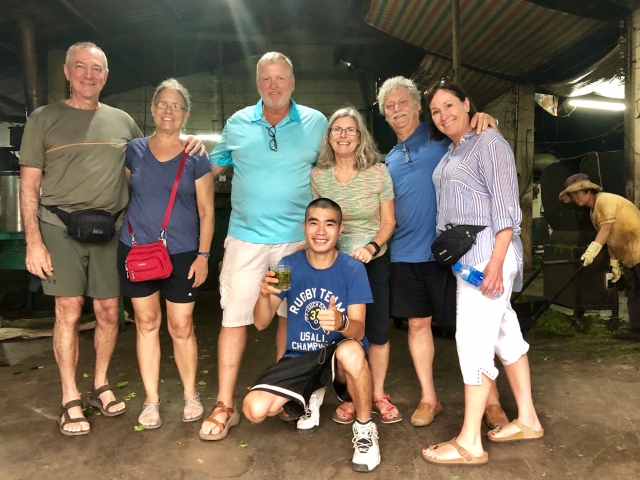 In Bao Loc, we spent the night at a private residence, a “homestay.” In the foreground of the photo below, on the right, are Diem’s parents (Diem works with Loc); I am seated on the left next to Diem’s mother’s cousin who has a keen interest in the U.S.A. 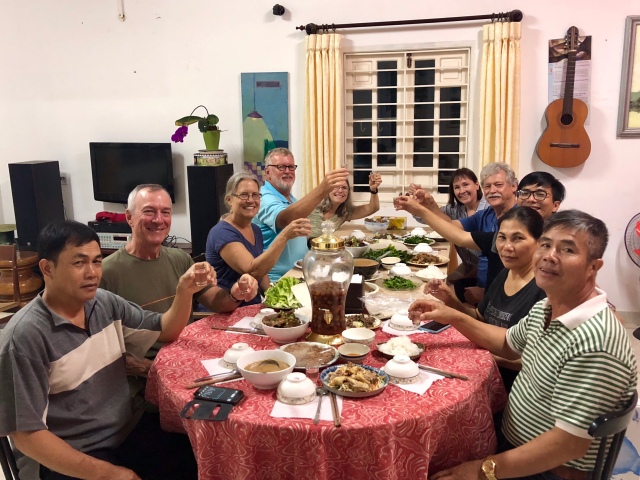 Diem’s parents were happy to show us the new Catholic church in their town, within eyesight of their home. Many of the people of Bao Loc and the central highlands are Catholic. These families are known as 1954 refugees. They lived in what Americans know as North Vietnam when Ho Chi Minh and his Viet Minh forces drove the French out in 1954 at the end of the French Indochina War and the defeat of the French forces at Dien Bien Phu. The armistice agreed upon at the 1954 Geneva Conference drew a demilitarized zone (the “DMZ”) at the 17th parallel, dividing Vietnam into two nations: the Democratic Republic of Vietnam in the North, under control of Ho Chi Minh’s communist regime there; and the State of Vietnam, later, the Republic of Vietnam, in the South, continuing as an independent democracy supported now by the United States. Those Vietnamese living in the North that wanted to move to the South (or vice-versa) were given 300 days to do so. The families in the North that had adopted Catholicism during the French regime feared the atheistic communists, so many of them moved south to the central highlands. Ultimately, over 800,000 people fled to the South. 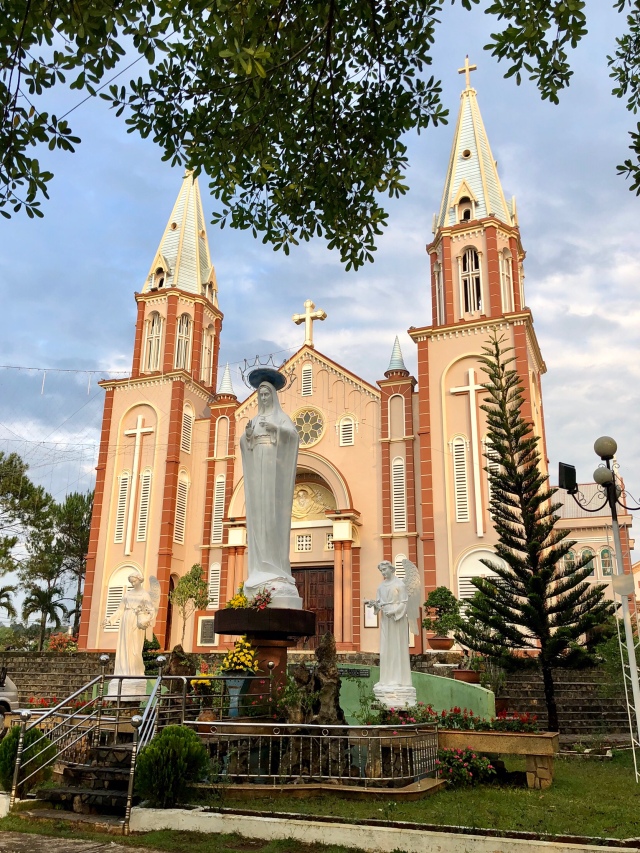 After our early morning visit to their church, Diem’s parents took us to their coffee plantation for a walk. 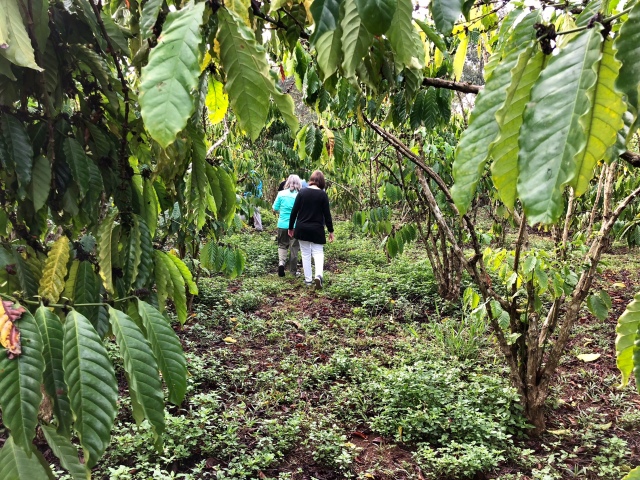 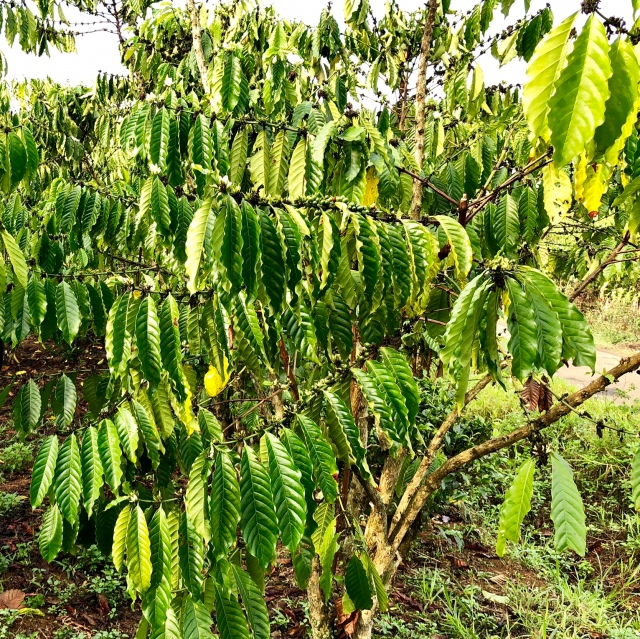 And here are some coffee beans starting to ripen: 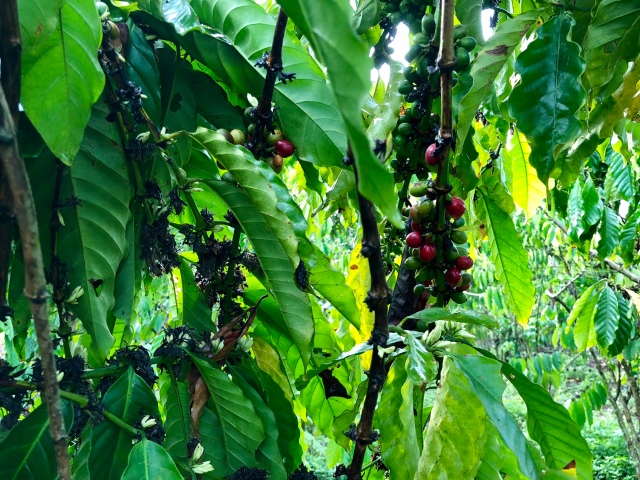 Along the perimeter, Diem’s parents have planted a few tea bushes. We picked tea leaves for the morning’s breakfast. 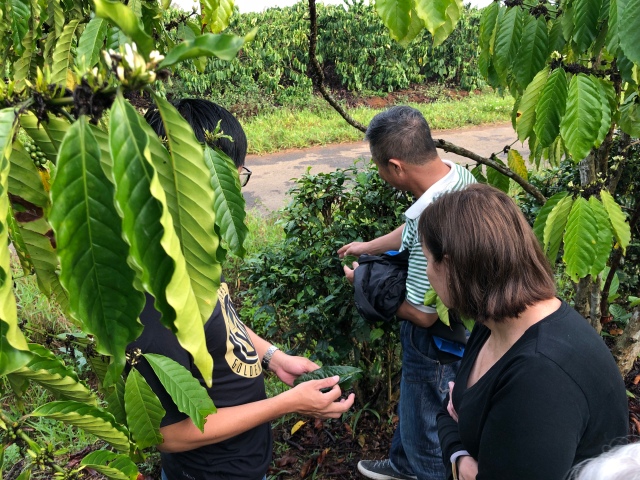 Then, back to the homestay to continue our drive north to Da Lat.