Saturday morning, we were up early to visit the Can Cau market, north of Bac Ha. The Can Cau market is a “minority” market, that is, a market by and for the local villagers.

Vietnam has 54 distinct ethnic minority groups and 24 of them are found here in Lo Cai Province. The Can Cau market is primarily attended by the Hmong Hoa (Flower Hmong), Tày and Nùng ethnic minorities, which is also the order of their prevalence in Lo Cai Province. To the untrained eye, it is very difficult to tell these three ethnic groups apart, but the women all dress colorfully.

Our van let us off in the village and we walked up a slight rise until we could see the market up ahead:

The market was in full swing.

It was quite a bazaar, with very few Westerners venturing out here. The open-air market is primarily local produce.

We passed a woman selling colored rice. Loc had bought us some black rice at the local market in Bac Ha the night before; it tasted just like ordinary rice, so I suppose the coloration is primarily for decoration.

As we walked, I noticed that most of the younger and middle-aged women were smiling and chatting. It was as if the market was mainly a pretense for socializing. 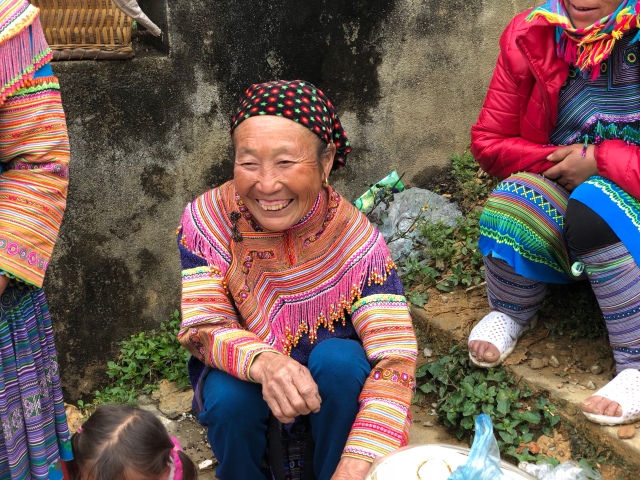 But, many of the older women didn’t appear quite as happy. In fact, some were quite grizzled, most likely from the difficult lives they lead in the countryside, tending home and, bent over, working in the rice fields.

Many of the teenage girls were all dressed up. For them the market clearly was a social activity. Loc said they often came to the market in search of a husband and that it is not uncommon for girls to be married at 15 and have several children before they reach twenty.

The men, on the other hand, were all business. This group of men was selling piglets, all bound up in burlap bags. 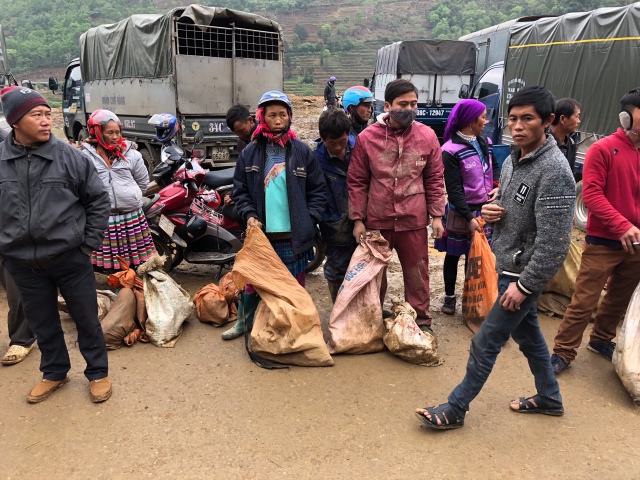 As we passed by, one piglet on a leash escaped, causing quite a ruckus until he was recaptured and bagged.

As a young child, I remember my mother pinching and wiggling my toes, one by one, reciting:

Opposite the pig-sellers there were dogs for sale. I’m pretty sure they were being sold as pets, but who knows?

Ducklings were for sale, too.

And, down the hill was the livestock market, mostly cattle and water buffalo. We didn’t venture there because it was so muddy, but you can just make it out, lower left in the photo, below:

There were still a few water buffalo up on the road, about to be led down to the livestock market. 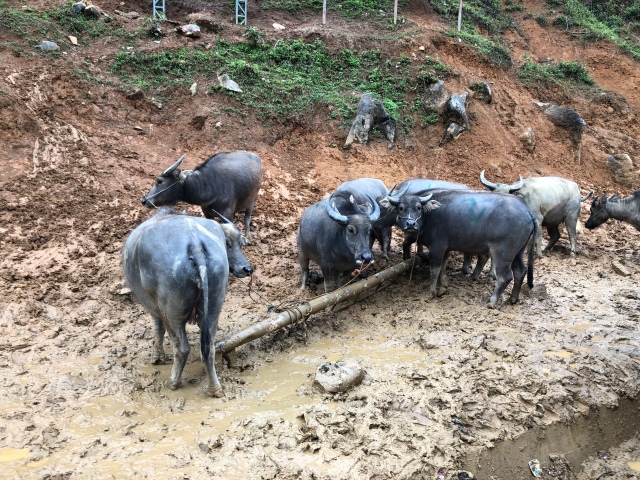 We headed back to the van, taking with us only images. 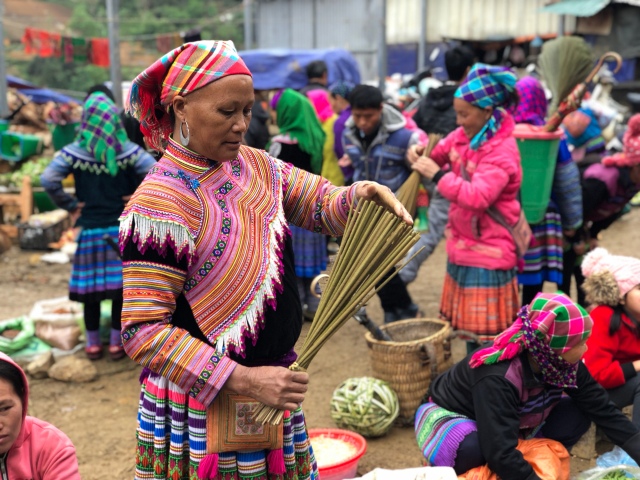