We started this morning with a tour of Trier on a double-decker bus. Trier is on the Mosel River and that was the first destination of the bus. 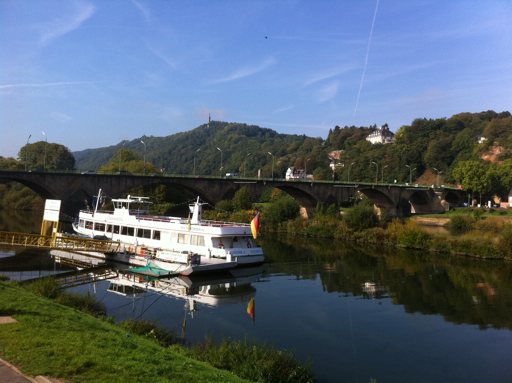 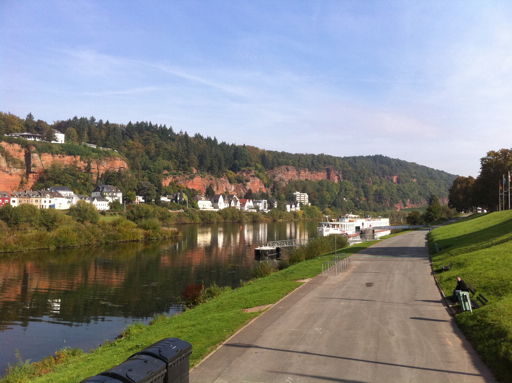 After driving along the Mosel for a mile or two, the bus turned back into the city, went past the Roman Baths, and then drove up the Petriberg hill which overlooks Trier. Unfortunately, the city, which is in the valley, was fogged in, so we stayed on the bus which continued back into town. We stayed on for a second loop and when we got back up to the top of Pertiberg about 1/2 hour later, the fog had lifted.

The hill is covered with grape vines, planted and harvested by about ten different farmers. We got off the bus and walked down a lane through the vineyards. 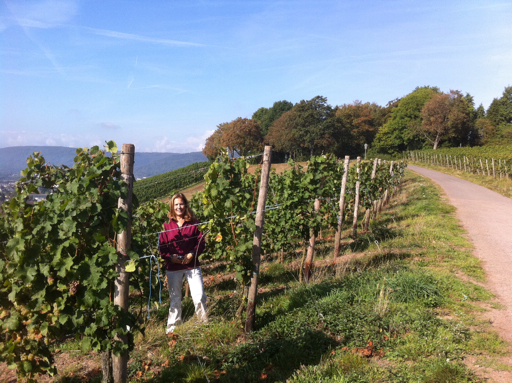 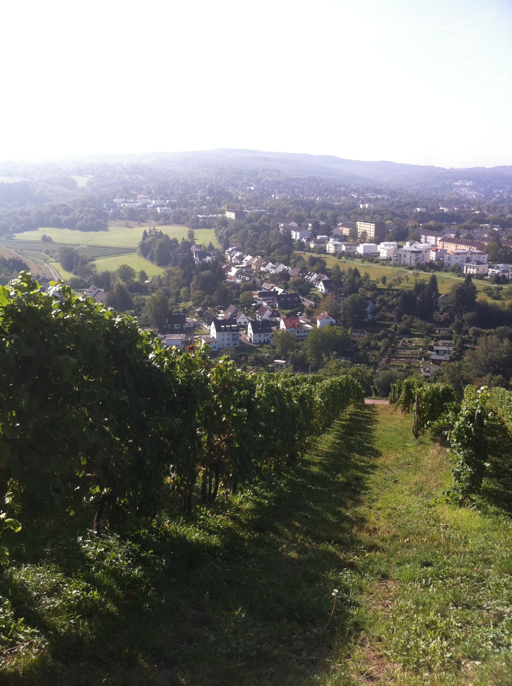 There were red and white varieties: 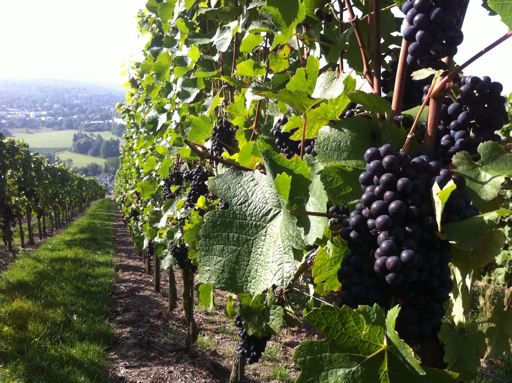 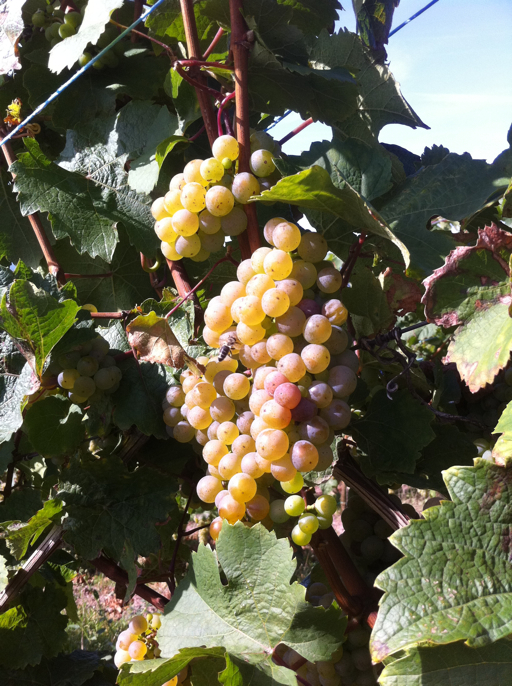 Dale like the red ones the best, though they made her pucker up. 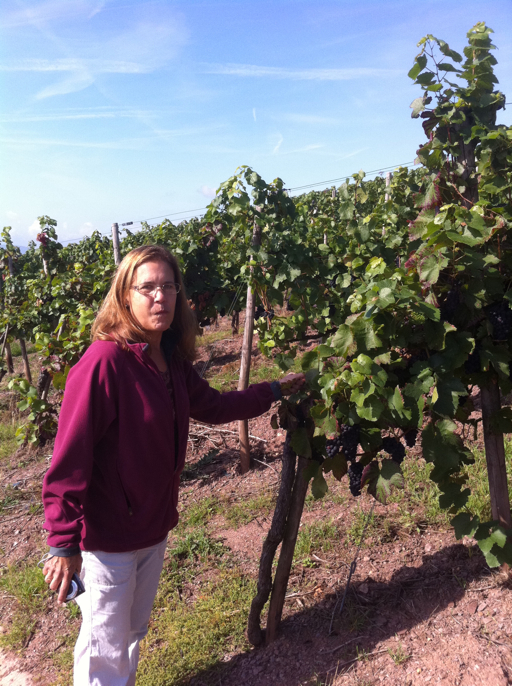 After we had our fill, we walked down the hill, past an old grape press, to the ancient Roman Amphitheater. 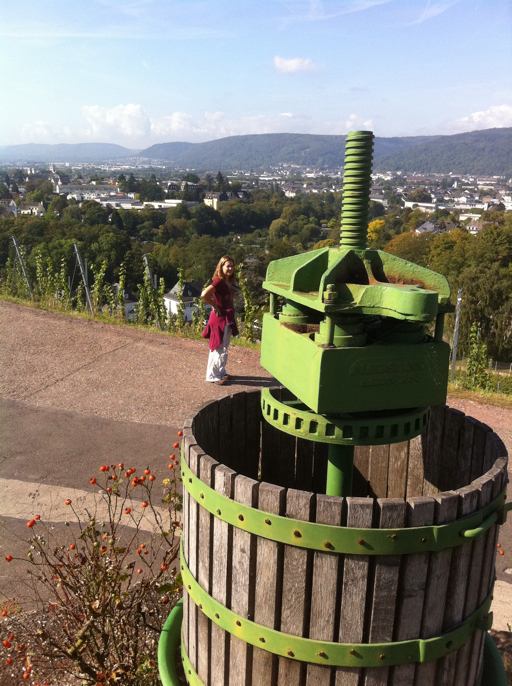 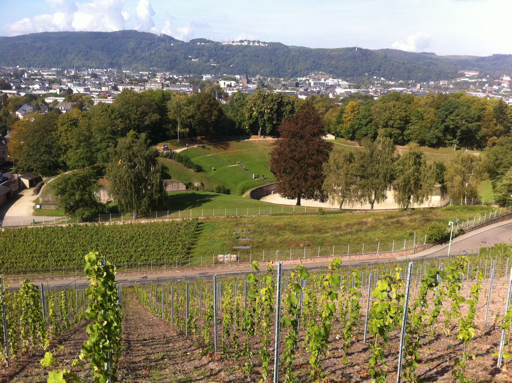