As I pointed out earlier, Trier is located on the Mosel River. In Roman times, it was a walled city (Porta Nigra was one of the city gates). On the east, it was necessary to cross the Mosel to get to the eastern gate and access the city, so the Romans built a bridge over the Mosel River in 150 A.D. 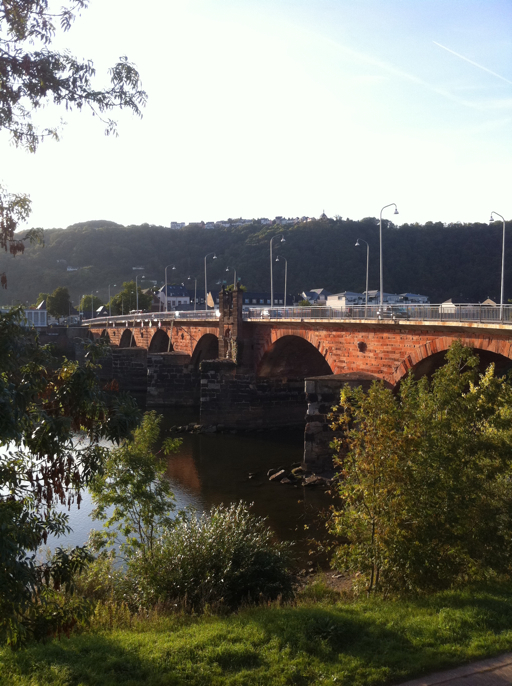 Here’s Dale, walking under one of the arches: 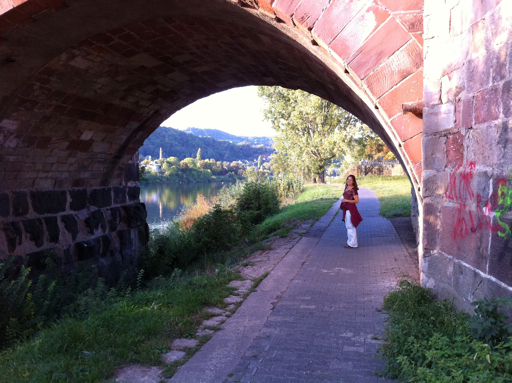 The Mosel is really beautiful. They were swans and lovers everywhere. 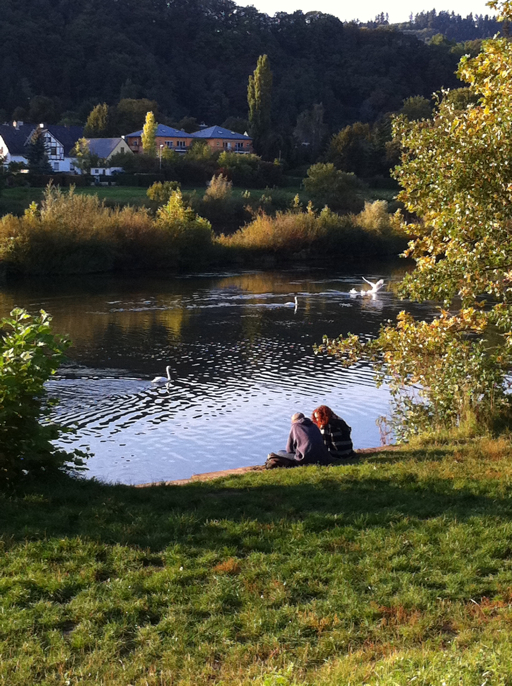 Here’s an ancient river crane used by the Romans to off-load ships on the river. It was operated by men running like hamsters on two wheels located inside the cranes, as you can see in the bottom picture. 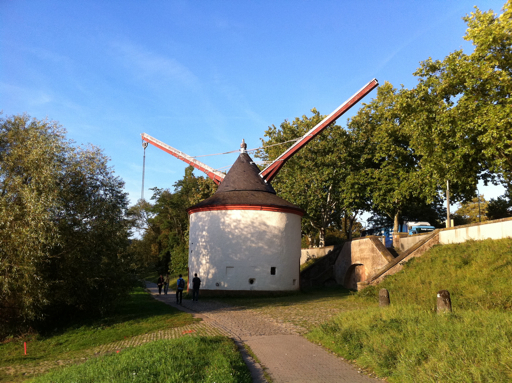 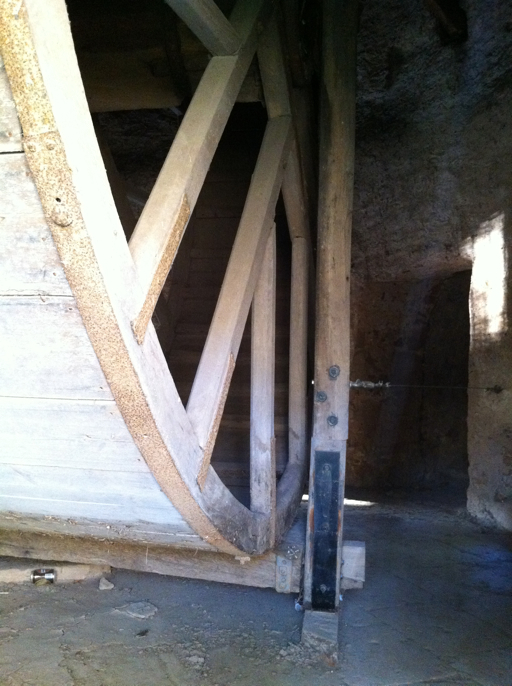