After our walking tour, we had lunch at a great restaurant that our tour guide had recommended, down in the lower part of the old city near the ferry landing. The rear wall of the restaurant is actually part of the hill upon which the walled city was built. If you look closely, you can see water seeping out of the rock behind me.

After lunch, we walked around the lower old city. There were two buildings with incredible murals. The brick in this one was so life-like it’s hard to tell where the real brick ends and the painted on brick begins (answer: the corner is the dividing line).

You really have to look hard at this one to see Dale – everything else is painted. 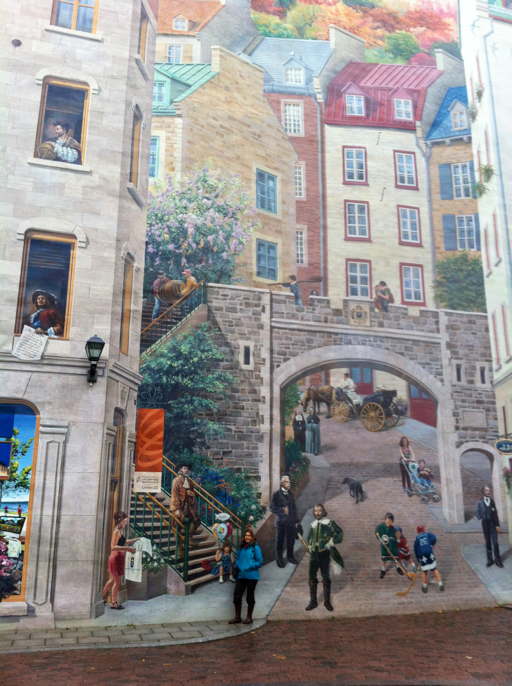 Along the walk, we had the most fantastic snack: maple taffy! 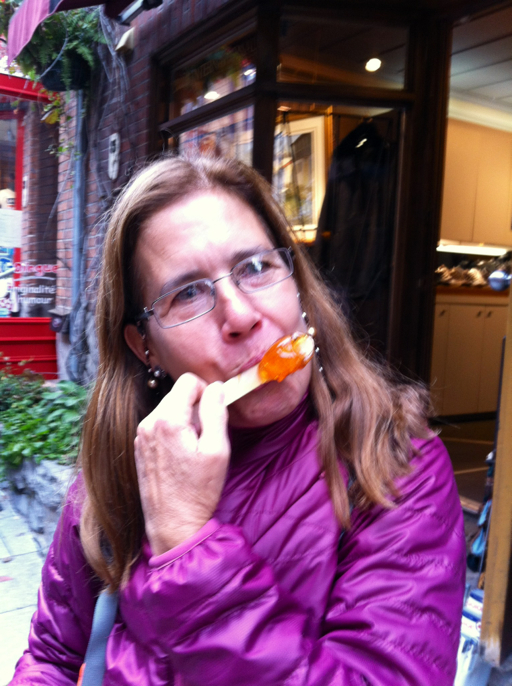 And a little while later, we washed it down with the biggest cup of mocha ever. 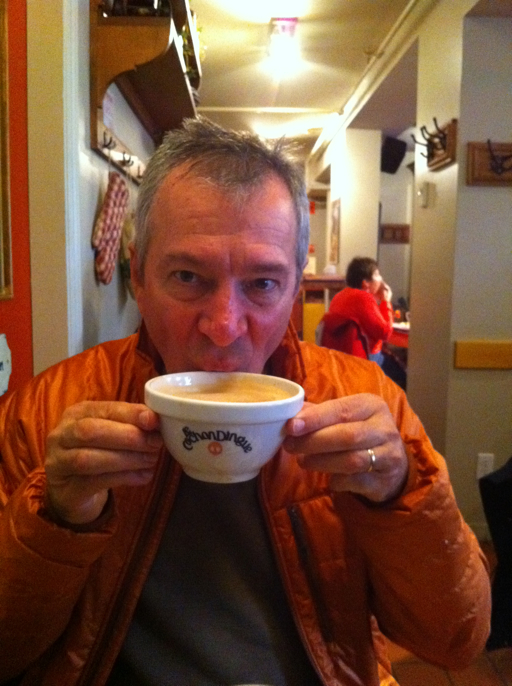