We took the ferry to the old city again today, only this time it started out as a nice day. 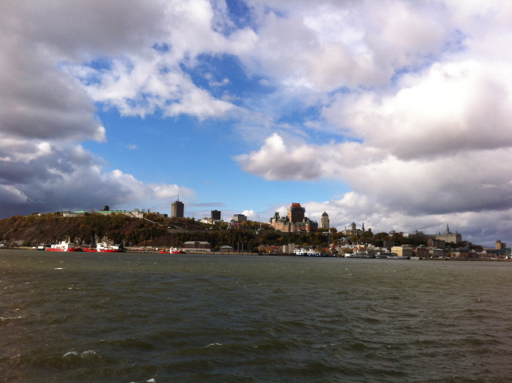 We walked up the promenade along the river to the fort that sits on the top of the bluff. This fort, called the Citadel, was built by the British in 1820 and is still used as an active military operation by the Canadians. 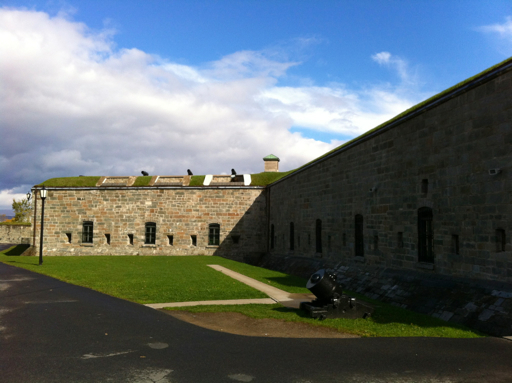 To the east, the fort overlooks the old walled city and to the west it overlooks the Plains of Abraham, the battlefield on which the British defeated the French in the French and Indian War in 1759. The Plains of Abraham, named after the farmer, Abraham Martin, who farmed the land at the time, has since been converted into a beautiful park with walks overlooking the St. Lawrence River.

This is the actual battlefield:

After the French and Indian War ended in 1763, Quebec was British and when the American colonists rebelled against England in 1776, Benedict Arnold led American troops on an invasion of Canada and a siege of Quebec, hoping that the French residents would also rise up against the British. The siege failed and the Americans retreated.

This spooked the British who feared another invasion, so they built two fortifications, called Martello Towers on the Plains of Abraham overlooking the river. Here’s one of them over my shoulder. 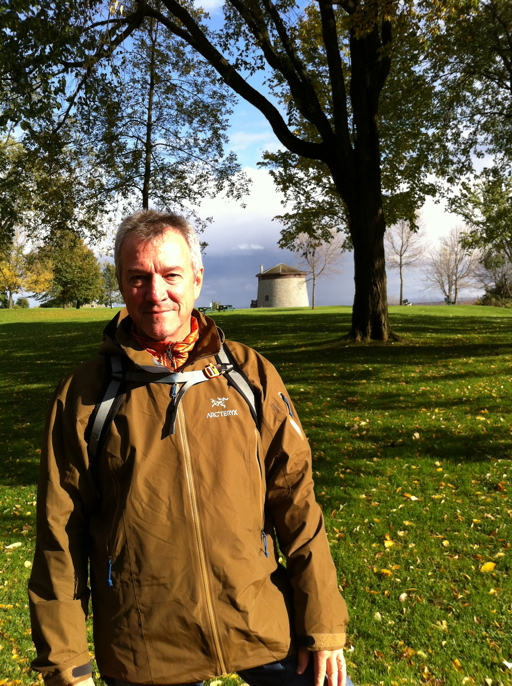 The Martello Towers never saw action, but after the British and Americans took up arms against each other again in the War of 1812, the British decided to really fortify Quebec and they built the Citadel, starting in 1820. It was an extremely expensive project at the time and it is a very impressive fortress that commands the St. Lawrence River and protects Quebec City.

As it turned out, however, the Citadel quickly became obsolete, given the advances in military weaponry, and was never used for military action.