At the far end of the Plains of Abraham is the Musée National Des Beaux-Arts Du Québec, the Québec Museum of Fine Art. As it turned out, they had an exhibit of one of the French Impressionists, Gustave Caillebotte, which is our favorite style. 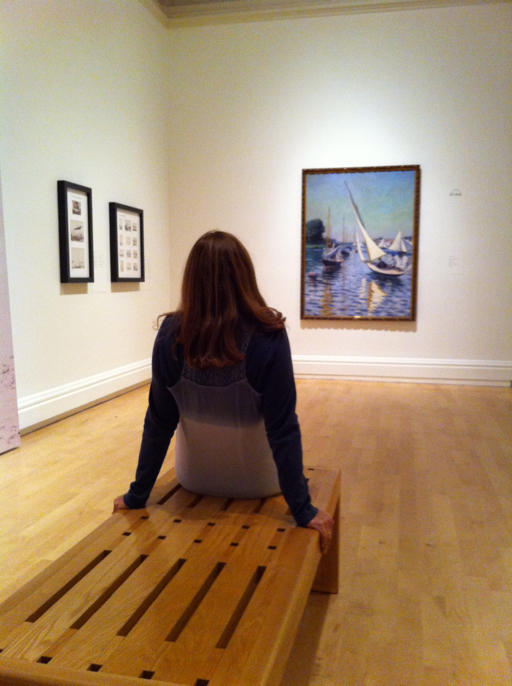 After touring the gallery, we stopped in the cafe for a snack and when we looked out the window, we saw this view – pretty as a picture!

After the art museum, we walked back toward the old walled city, past the Drill Fields where the militia did its exercises back in the 1800s. They built a barracks in the style of a French castle. It’s a little over the top, but it makes for a nice picture.

Just past the Drill Fields was the gate back into the walled city.

We wound our way through old Québec to the square in front of the Catholic Cathedral, Notre Dame. Out front was this beautiful planting.

We continued on down to the lower old city where we had dinner. In the picture below you can see modern Québec in the background behind the tall cylindrical structures which are grain elevators. 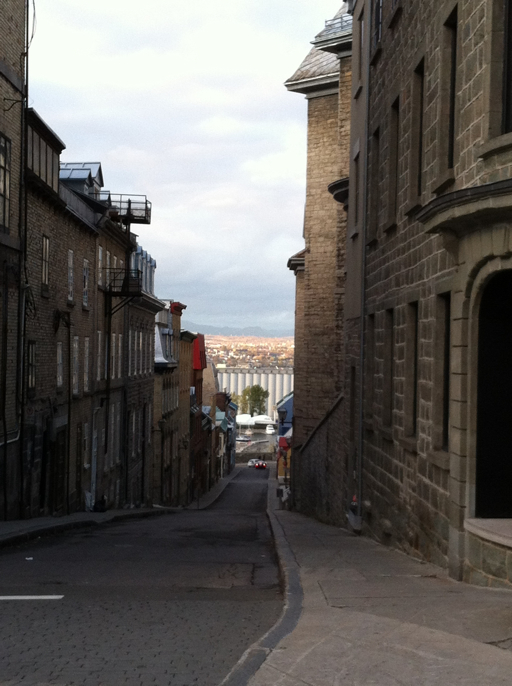 It was a nice, rain-free (for the most part) day and we walked several miles with the sun shining most of the time. But by dinner and the ferry boat ride back to the RV, the sun had set. Here’s the view of Old Québec that we’ve shown several times already, but this time up close, with lights and a fading sky. 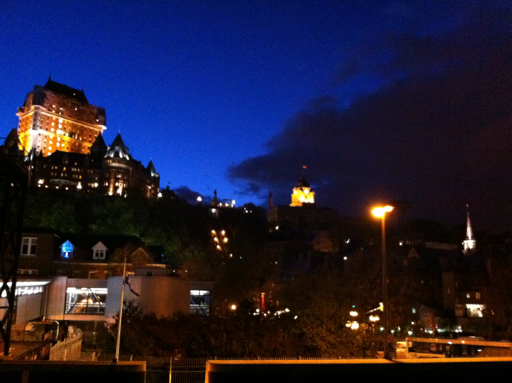 Tomorrow, we’re going to drive up the St. Lawrence River to the Île Orléans, an island in the middle of the river that’s accessible by a bridge, then we’ll take a ferry across the river and return to the campground along the other shoreline.