Leaving Montmorency Falls, we crossed over the St. Lawrence River to l’Île d’ Orléans. This island is loaded with apple trees and instead of wineries they have “cideries.” We stopped to buy cider and apple liqueur – it was like a wine tasting – and we also bought some apple butter. Our next stop was at a place that claimed to have been making cheese at this location since the 1600s, making it the oldest such establishment in North America. It was raining on this (the north) side of the island, so we couldn’t take any pictures.

We drove around to the other side, looking for somewhere to have lunch. 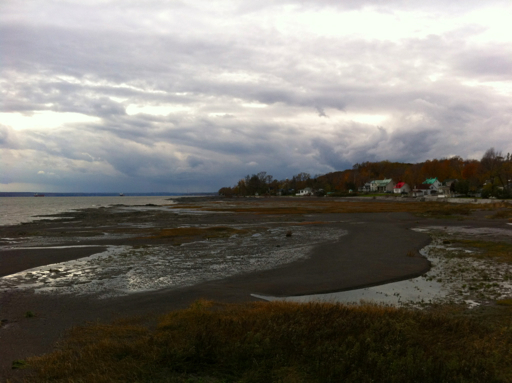 And we finally found this place, which seemed to be an old farmhouse.

It was 2:00 and they had just closed for lunch, but they said they could serve us soup and a cheese platter.

The window sill behind Dale was very picturesque; it would make a nice painting.

We continued our drive to the southern end of the island where the leaves were changing color. 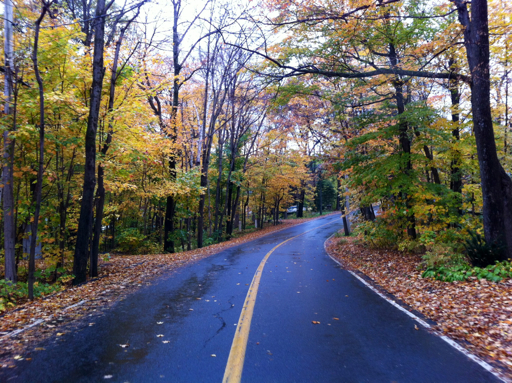 At the southernmost point we could see Québec in the distance. 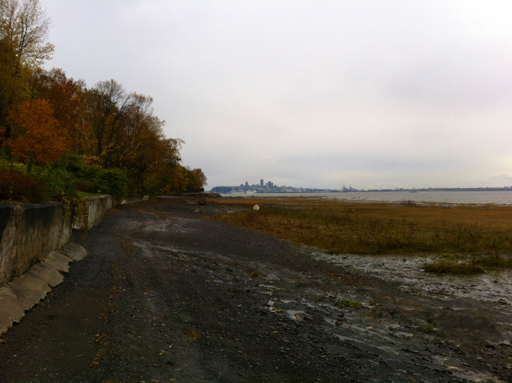 We’re staying over there on the southern shore, but we’re leaving in the morning. 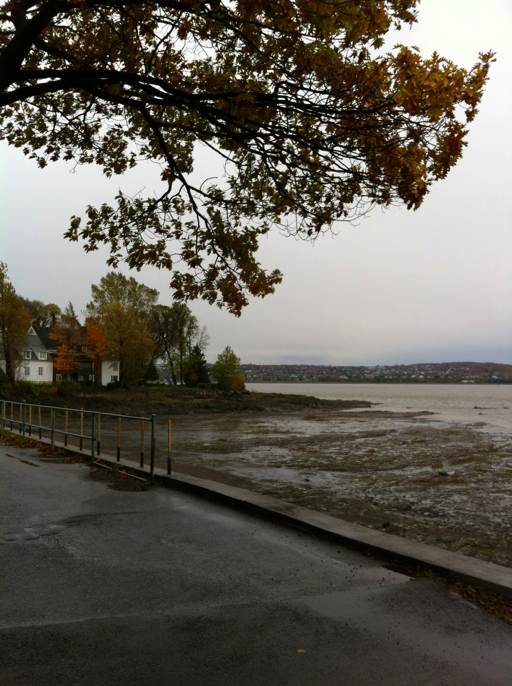