The middle of the Peloponnesian Peninsula is only sparsely settled today, which is hard to imagine, given all the ancient Greek civilizations that have occupied this area. Most modern towns and cities seem to be coastal and we had read that one of the most interesting was the town of Nafplio or Nafplion or Navplio, depending on what you’re reading.

At any rate, Nafplio has always been an important harbor which is probably why it was militarily significant.

Notwithstanding its military importance, here we encountered one of the most romantic sights we have seen during this trip: the harbor fort in Nafplio, built by the Venetians their first time here in the 1300s: 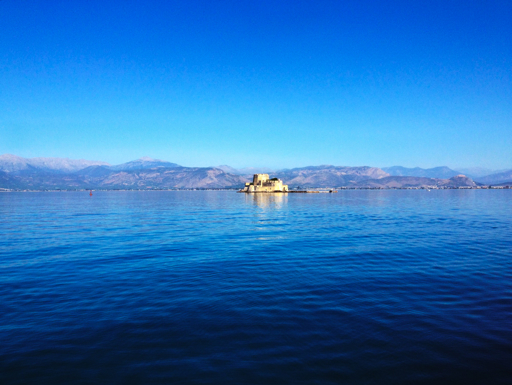 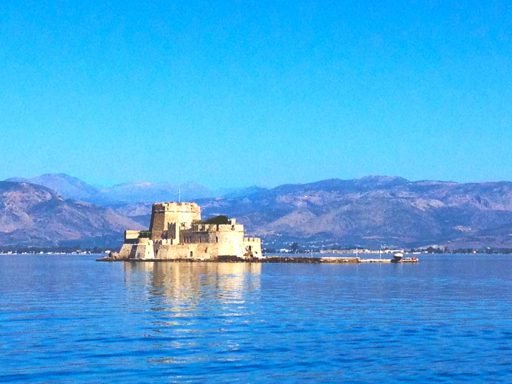 From the harbor, we could look up to the rock edifice that overlooks the town, rising to 650 feet.

This fortress was built by the Venetians between 1711 and 1715, but it was lost to the Turks before it’s completion. There is a staircase of about 1,000 steps by which the fortress, the Fortress of Palamidi, can be reached. We set out in search of the steps from our pension, Omorfi Poli. 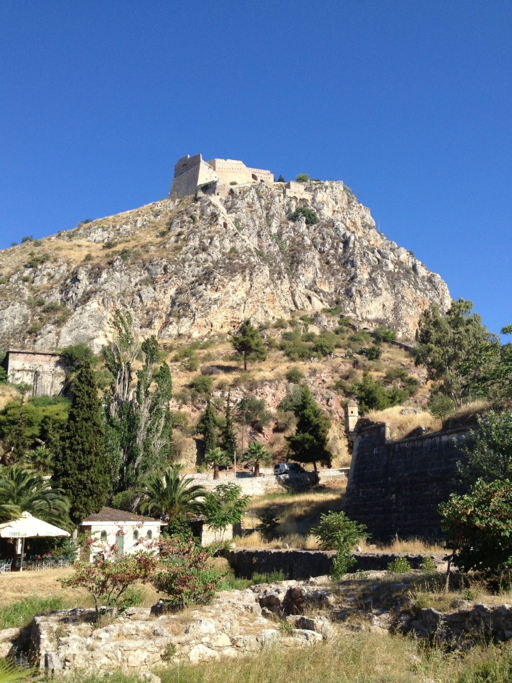 Up we went, looking tired from the start (it had already been a long day)… 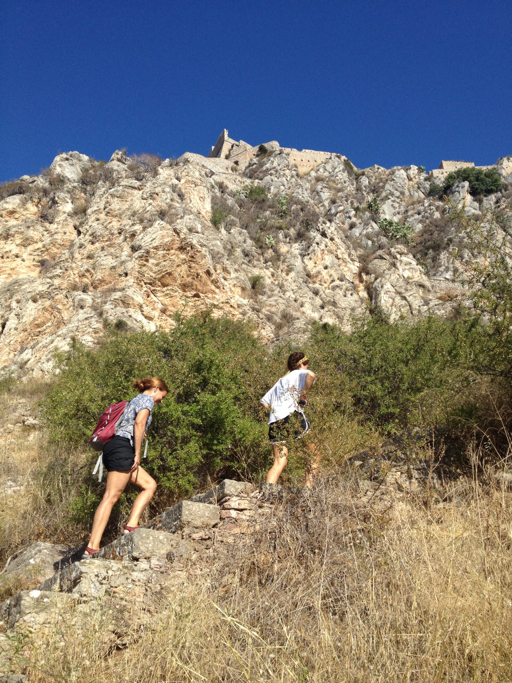 …finding encouragement from those who tread these steps before us. 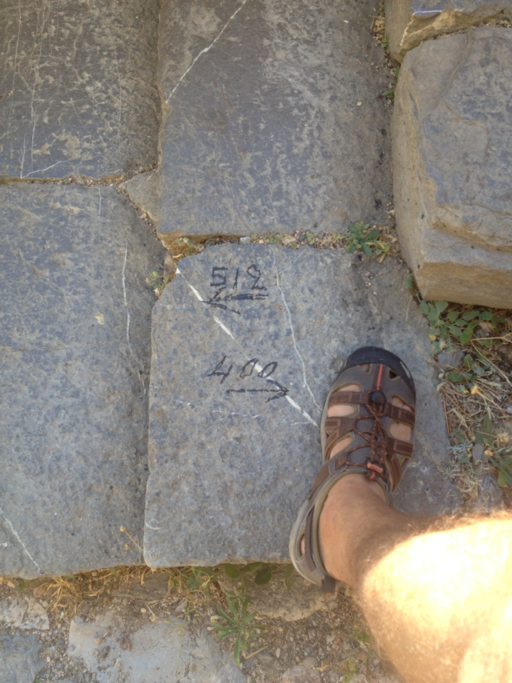 Finally, at the top. 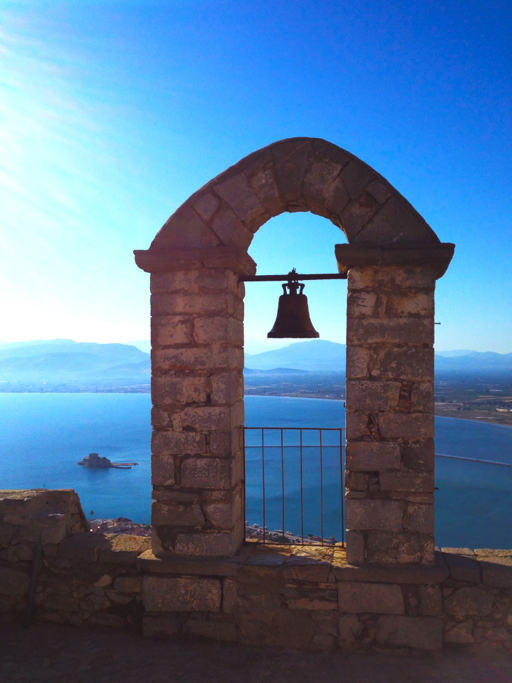 But, wait! We’re only halfway through – we still have to go back down.

“Oh, and it makes me wonder.” Stairway to Heaven.