After touring ancient Olympia yesterday, we drove for five hours to Delphi on the Greek mainland. The ancient Greeks considered Delphi to be the center of the world. It’s easy to see how they could have come to that conclusion, high atop the mountains. Here’s the view from our hotel room at the Hotel Acropole.

Delphi is a built into the mountainside next to the best preserved Greek ruins we have visited. The village is laid out in several terraces cut into the mountain. Our hotel was on the lowest terrace and had the best view because there was nothing between us and the valley floor.

After checking in late in the day, we walked up to the main street, looking for somewhere to have dinner. 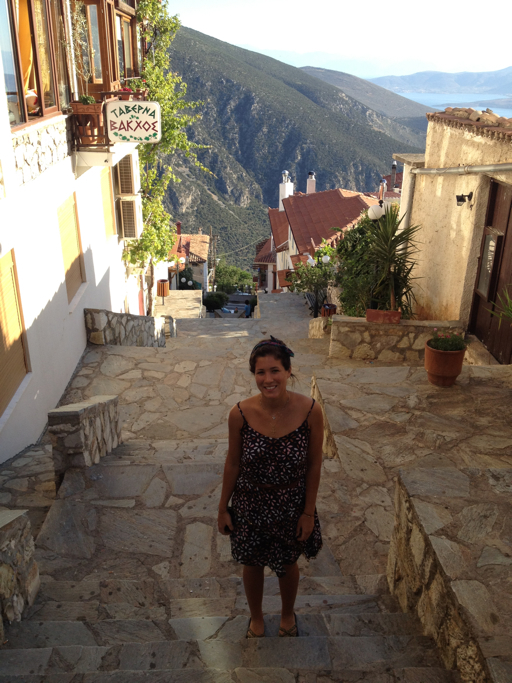 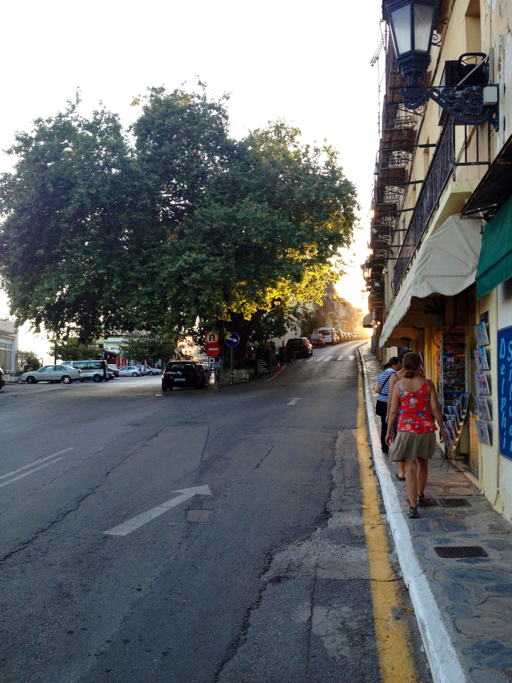 Then finished the day at the overlook.

Early to bed so that we could beat the tour buses to the sanctuary of Delphi in the morning.