The ancient Hawaiians lived within a fuedal system, something like the way people lived in medieval England. They had kings, lords, knights and peasants (although the Hawaiians had different names for these castes) and the Hawaiian kings also claimed to derive their power to rule from the gods. And like in europe in the Middle Ages, the priests lived alongside the royalty to intercede with the gods on behalf of the king and his subjects. 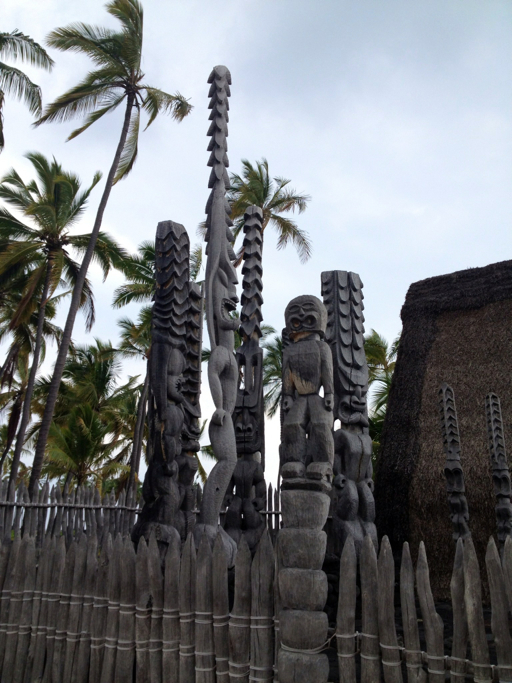 Thus, the Hawaiian legal system was based on religious taboos, or “kapus.” These kapus regulated all aspects of life and social interaction. According to one source I read on the internet: “There was a correct way to live, to worship, to hold weapons, to eat, even to make love. Examples of taboos included the provision that men and women could not eat together. Fishing was limited to specified seasons of the year. The shadow of the ali’i [the royalty] must not be touched as it was stealing his mana [power or spirit]. Violating taboos even by accident was punishable by death.”

The belief was that violating a kapu would bring the wrath of the gods down on all the people, not just the violator, and the gods would inflict punishment on the people by sending tidal waves, earthquakes, famine or volcanic eruptions. So, the entire tribe might hunt down and kill the person that broke kapu in order to appease the gods and save themselves. Kapu was not something you fooled around with.

But since the king was, in essence, considered to be divine, the burial place of the kings was sacred and had great power and it was possible for a kapu-breaker to be absolved of his infraction by going there.

We visited Pu‘uhonua o Hōnaunau, the sanctuary at Hōnaunau, which is now a National Historic Park. Here’s a picture of the (recreated) king’s mausoleum there that contains the bones of 23 Hawaiian monarchs, a powerful place, indeed: 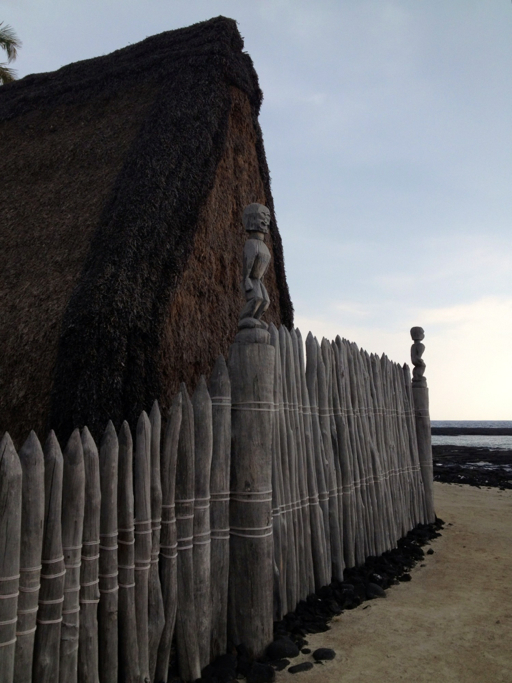 The king’s mausoleum is located at the northeast corner of Pu‘uhonua o Hōnaunau, the gateway to a walled compound occupied by Hawaiian priests. We walked into the compound and took this picture back toward where we had entered. The wooden stockade connects the mausoleum to the volcanic rock wall that encircles the sanctuary on three sides; the fourth side faces the ocean. 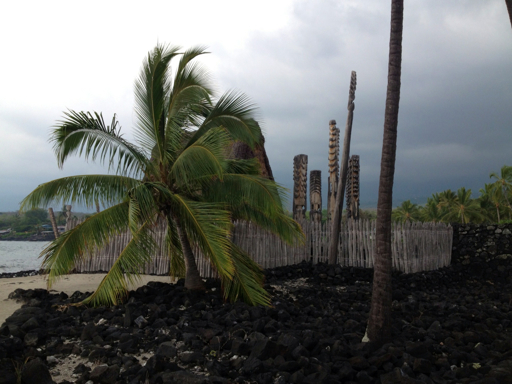 Here’s a picture of the rock wall, originally constructed around 1550 A.D. to a height of 10 feet and 17 feet thick. The foundation is original, but most of the wall that stands today was reconstructed by the Park Service. 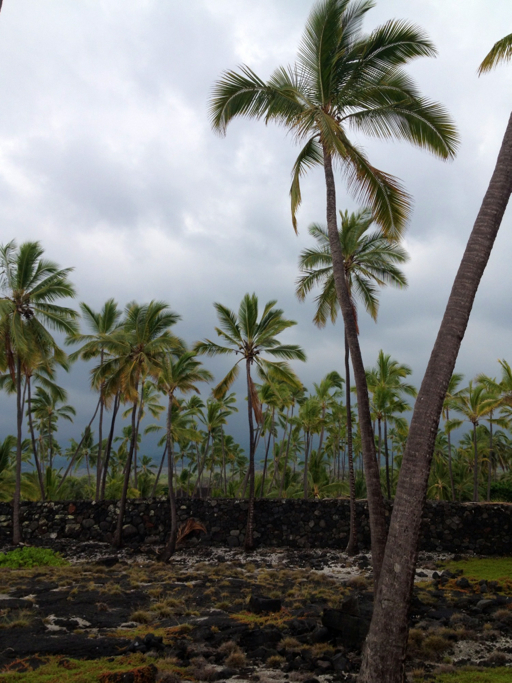 The king and his entourage lived just outside the wall on the upland side, along with the king’s servants and warriors, so it was no easy task for a kapu-breaker to make his or her way into the sanctuary from the land in order to receive absolution. But if someone managed to swim in from the ocean side or make their way past the king’s warriors into Pu‘uhonua o Hōnaunau, the priests there had the power to grant a complete pardon and the former kapu-breaker could then return home, unmolested, to resume his or her normal life and status within the tribe.

Sounds to me like a lethal game of kick-the-can.