We have two more nights here in Waimanalo, then we’re going to be staying in Honolulu at the Hyatt for our last two nights in Hawaii, so today we drove into the city to find our hotel and get the lay of the land. Honolulu is a busy place.

On our way back, we stopped at Sandy Beach again to watch the surfers. The waves were bigger today, slightly overhead, but the break was farther offshore, so I was only able to get one good photo: 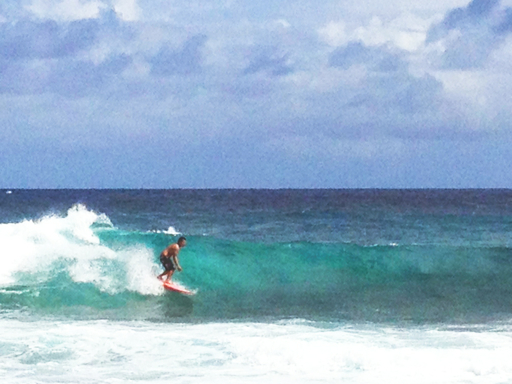 After Sandy Beach, we sat on Waimanalo Beach for a short time, watching an aircraft carrier offshore doing maneuvers with helicopters buzzing overhead. Then a hydrofoil landing craft came ashore up the beach from us at the U. S. Marines military base. That log in the foreground washed up on shore during the night. 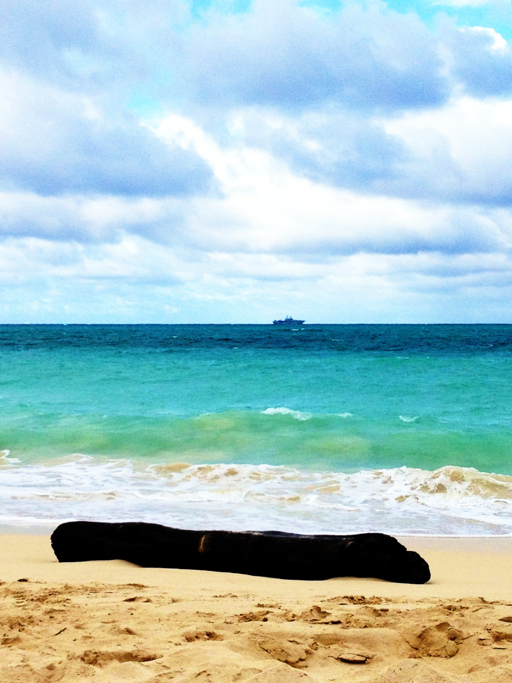 It felt like we were being invaded! Speaking of which, the first Japanese prisoner of war during WWII was taken right where we were sitting on the beach; his one-man submarine malfunctioned, resulting in his capture on Waimanalo Beach during the attack on Pearl Harbor.