Lago Argentino is the largest freshwater lake in Argentina. It’s a little more than 3/4 the size of our Lake Okeechobee in Florida and is fed by glacial meltwater from the glaciers in Parque Nacional Los Glaciares, the third largest icecap in the world (after Antarctica and Greenland).

Although there are about 150 glaciers in Los Glaciares, only 13 of them flow eastward into Argentina, the water ultimately making its way into Lago Argentino and then into the Santa Cruz River which empties into the Atlantic Ocean; the rest flow westward into Chile and the Pacific Ocean.

On Monday, we boarded the catamaran, “Chonek,” for a day-long tour around the western side of Lago Argentino to see the three largest glaciers in Los Glaciares national park: Upsala, Spegazzini, and Perito Moreno (the north wall). 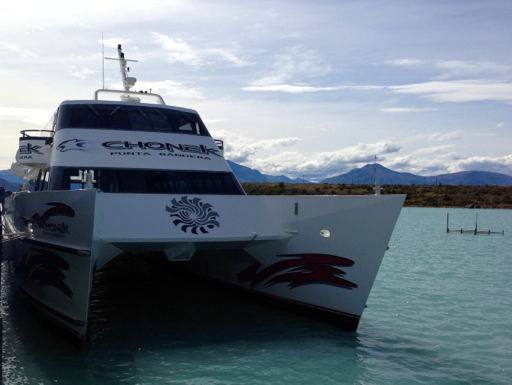 We departed from the dock at Punta Bandera around 9:00 a.m. It looked like it was going to be an overcast and rainy day. Here’s a view from the boat looking eastward into the sunrise over Lago Argentino:

But the clouds parted, the sun broke through, and it turned out to be a beautiful day.

Leaving Punta Bandera, we motored north through the Brazo Norte into the Brazo Upsala. 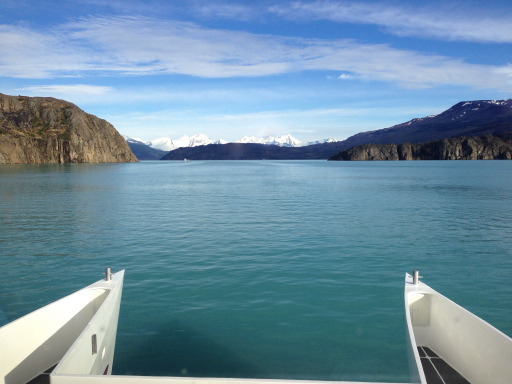 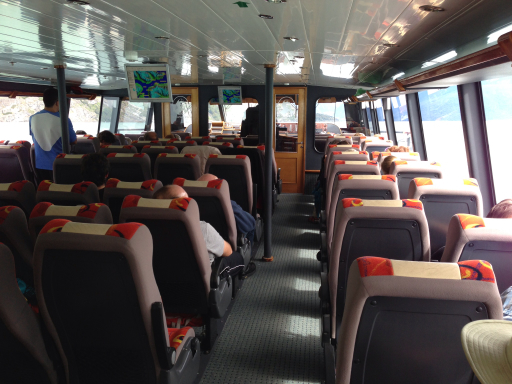 But for just $40 US more (each), they offered the “Captain’s Club,” which included lunch and beverages and seating in the pilothouse in oversized, leather recliners. What a deal! Yet, besides us, only one other passenger paid to do it. It was the best $80 we’ve spent on the trip. I just couldn’t understand it.

Here’s the Captain’s Club seating area and the Captain and the mate assigned to serve us (she spoke English and very helpful and friendly – like having our own private tour guide).

The Captain’s Club also had its own observation deck, just for us (you’ll see how significant that is soon).

We enjoyed meeting and talking with Dieter, the only other passenger in the Captain’s Club. He was very interesting – a German engineer, living in Dubai and working on developing oil fields in Iraq. Boy, did he have some stories to tell! 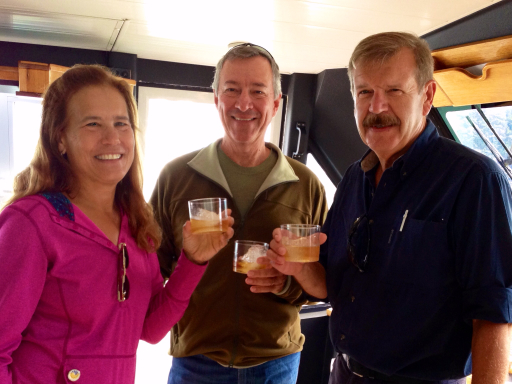 You can see that we were given our own private little icebergs at the end of the voyage,… 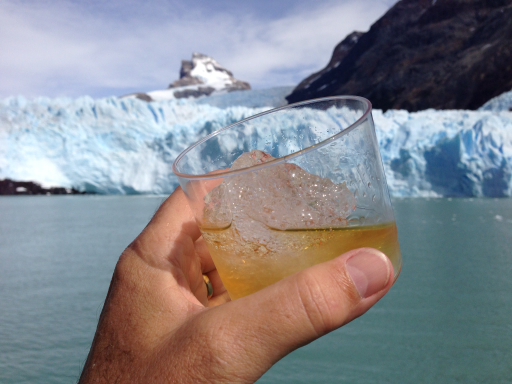 …that we melted down with complimentary Scotch.

But I’m jumping ahead of myself here.