After earning our keep shoeing horses, Paola walked us to the estancia’s organic garden. Along the way, we passed the original, stone manor house, built sometime in the 1920s, which is not visible from the modern hotel buildings. In the early 1990s, the manor house was converted from a residence to a dining room to serve the first tourists to stay on the property.

Paola explained the difficulties she faces in maintaining a first-class tourist facility in such a remote place, a fact that many of the hotel guests tend to forget. It’s a five-hour drive to either Calafate in Argentina or Punta Arenas in Chile, the nearest cities.

Hearing Paola talk about the hotel’s need to supply its own utilities (the internet is via satellite) and to be able to repair or make-do when equipment or systems break reminded me of life in the Bahamas where the people also have to be resourceful because parts, supplies and skilled labor are so dear.

Everything that is not produced at Hotel Las Torres Patagonia has to be shipped in from a great distance. And for that reason, Paola takes great pride in the estancia’s organic garden; it supplies 30% of the hotel’s vegetables, including the tomatoes, cucumbers, rhubarb and carrots that we picked for the afternoon’s picnic.

We were surprised by the large crop of tomatoes, which are grown in hot houses, heated by wood-burning stoves tended by the hotel’s 80-year old gardener. 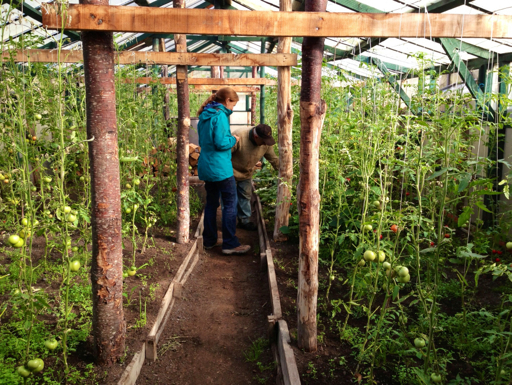 With a full larder of fresh greens, we returned to the pesebrera where Sergio had prepared the pack horse for our picnic…

…and we mounted up and rode to a nearby pasture…

…where Sergio hides a small gas grill that he used to grill up a few churrasco steaks to supplement the salad. 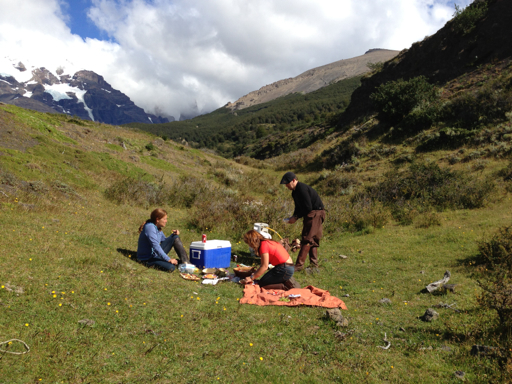 It was a great meal and we had great company to share it with.

It started to get a little windy and cold as we finished lunch and began our return to the hotel. 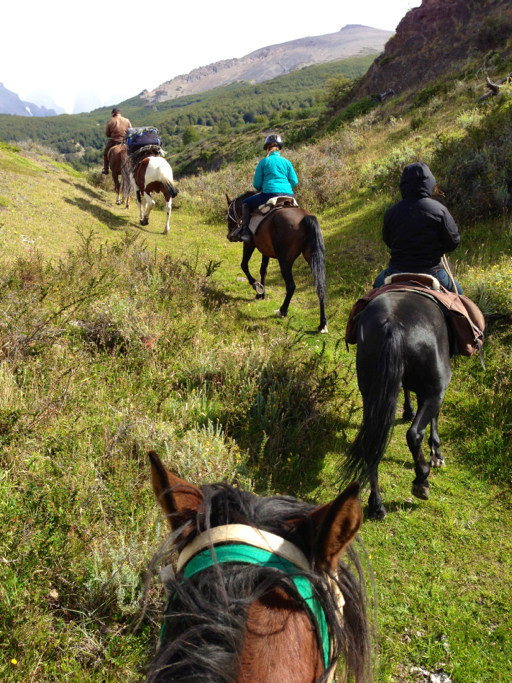 But, the sun came back out as we returned to the pesebrera. I think Paola and Sergio enjoyed their half-day away from the hotel.

I know we enjoyed our time with them.

2 thoughts on “A Different Kind of Island”