Our third day in Torres del Paine (pronounced “Pah-ay-nay”) was spent doing a 12-hour tour called the “Full Paine.” For us, this excursion was the biggest challenge of all because it was so difficult to be inside a bus or ferry boat instead of being outdoors in this beautiful part of the world. But the Full Paine is popular because it’s the best way to see the entire park in a short time.

The tour started by taking a van around Lago Nordenskjöld to a lookout point on the other side of the lake from which we could see Cerro Paine (sitting on Dale’s left shoulder), the hill we climbed on our first day. 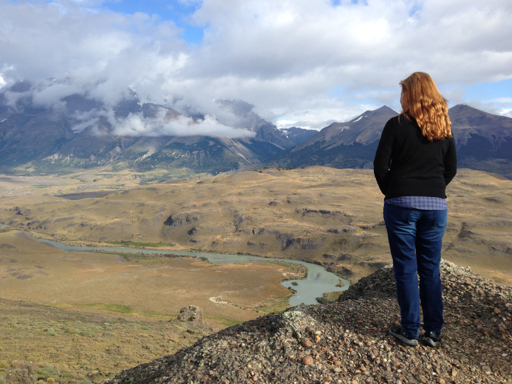 From there, we drove along the southern shore of Lago Nordenskjöld to Salto Grande, the big waterfall where that lake flows southerly down into the adjacent Lago Pehoe (pronounced “Pay-o-way”). 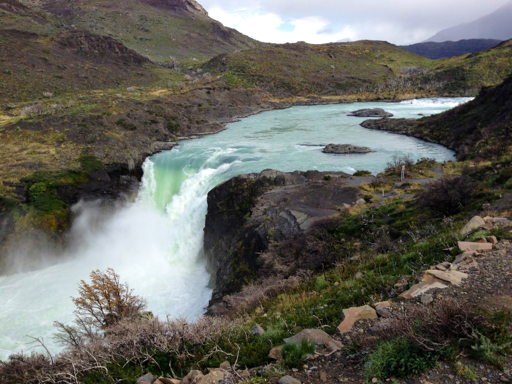 Our tour then followed the shoreline of Lago Pehoe further south to an overlook of the Hosteria Pehoe (accessible by footbridge), with the Paine Massif in the background. 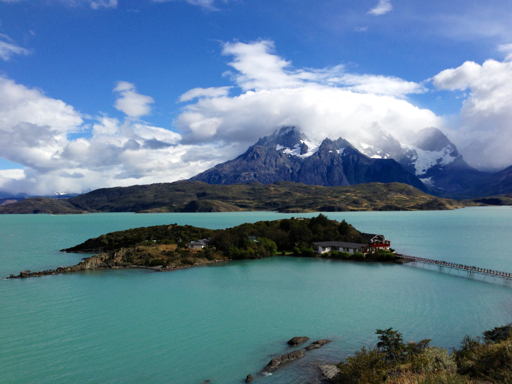 Continuing south, we crossed the Rio Pehoe which flows south from Lago Pehoe, stopping at the bridge to take the photograph, below, which is a well-known local scene used as the logo of a favorite Chilean beer, Astral.

Like in the photo above (and several that follow), the Paine Massif stands out and is visible almost everywhere in Parque Nacional Torres del Paine. A Massif, it turns out, is a kind of geological oddity. The word derives from French for “massive” – as in, that’s a massive rock! Massifs are mountains formed as a result of a fissure under the surface through which magma flows and hardens into igneous rock that we know as granite. As the metamorphic rock above it erodes, the harder granite remains, resulting in the craggy and vertical shapes we see in these pictures. 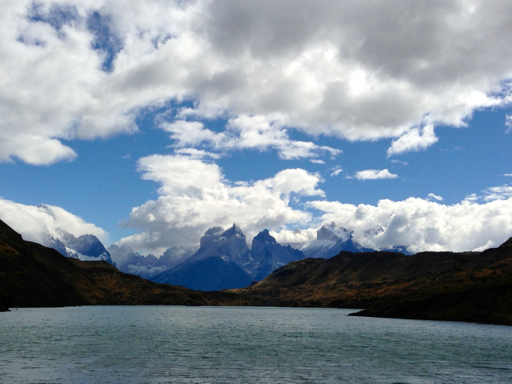 After crossing the Rio Pehoe, we continued in the van to the bottom of Lago Grey, where we stopped at Hotel Lago Grey for a picnic lunch, then drove a little to further to a boarding area to catch a boat north across Lago Grey to view the Grey Glacier.

At the southern end of Lago Grey where we waited for the boat, we were surprised to find icebergs floating in the lake. 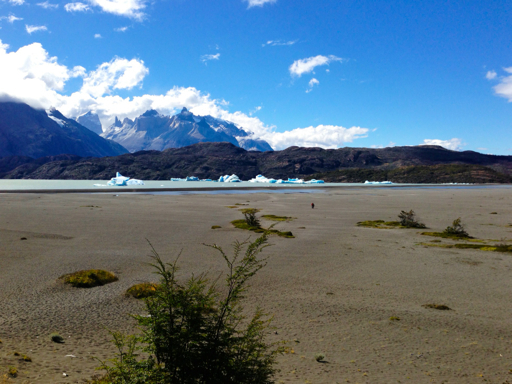 Boarding the boat was an experience. We were shuttled in groups by dinghy, boarding over the transom. 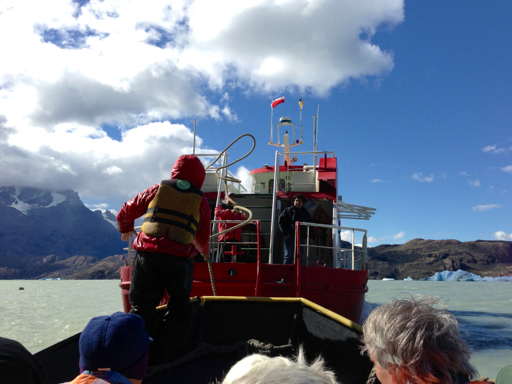 We then motored for an hour north to the face of Glacier Grey, passing more icebergs along the way. 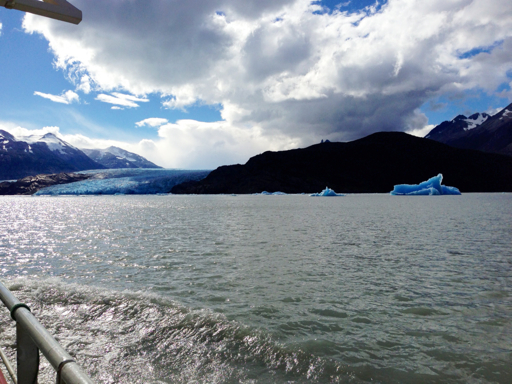 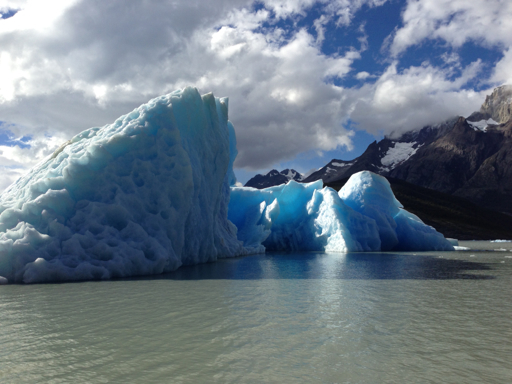 The face of Glacier Grey is very low, so even though the glacier is actively calving (as evidenced by all the icebergs), there was little danger of our boat being swamped by falling ice. 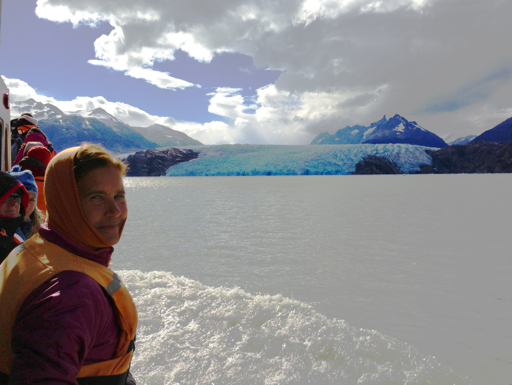 The colors of the ice on this bright, sunny day were spectacular. 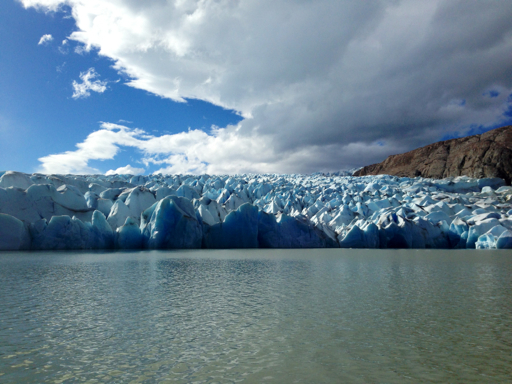 We floated along the face of the glacier for an hour, from one end to the other, before returning to the mooring and disembarking via dinghy.

On the drive back to Hotel Las Torres Patagonia, we were treated to a full-on view of the Paine Massif. Here you can plainly see that the mountains of Torres del Paine stand alone – they are not part of the Andes mountains chain, they are their own, unique formation. 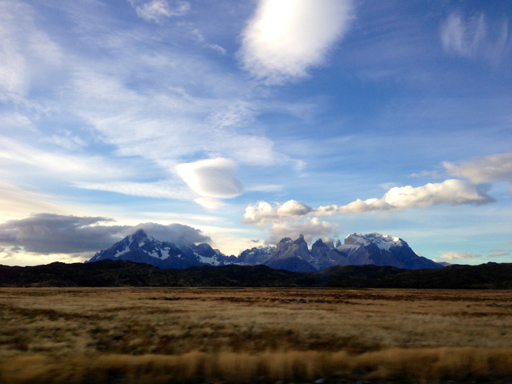