After lunch, Rob drove us to Elephant Beach on the north end to look at the Elephant Seals that we had seen from the air as we had approached the grass landing strip that morning. 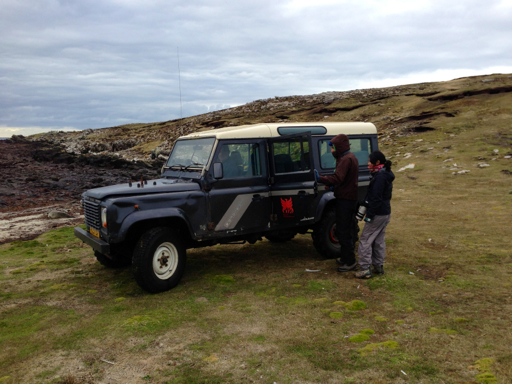 At our first stop, there were a couple young males lying about (you can see them to Dale’s left and right in the background). 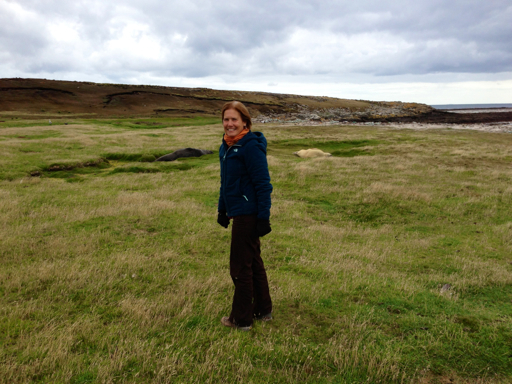 Two bigger guys were further up in the grass. Dale read that Elephant Seals can live as long as four months out of the water.

The larger one was probably 12 feet long, they can grow to 20 feet!

We were able to get with a few feet of them.

Then we drove to another, nearby beach where there were several more.

On the beach here there were a few juveniles.

Two of them were a little startled by us and decided to go for a swim as we approached.

But most of them just continuing lazing around on the grass,… 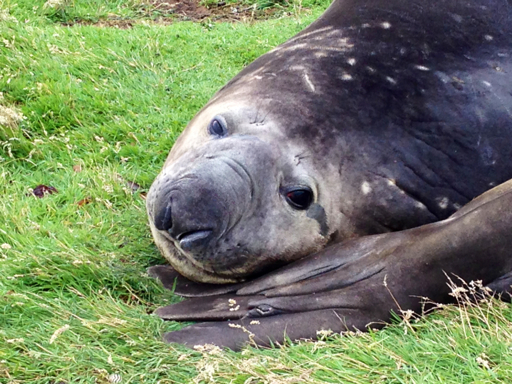 …unperturbed by our presence.