Landing on the grass runway at Carcass Island, we were met by Rob and Lorraine McGill and taken for a ride over the hills to their settlement on the southern side of the island. 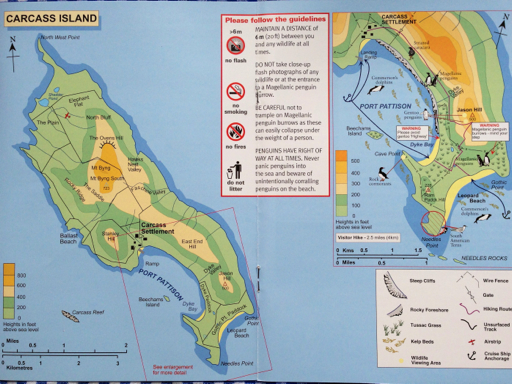 We are staying in the McGill’s farm overnight (as are Alicky and Michelle).

Rob (a 4th generation Falkland Islander) and Lorainne have lived on Carcass Island for over 35 years, where they raised their two children (now both pilots). They were all here in 1982 during the Argentine occupation. Lorraine was actually in Stanley at the time of the invasion with the children, who were attending school there. She told us the harrowing story of how she and a few other ladies escaped Stanley with all of the school children as mortar shells fell on the town. 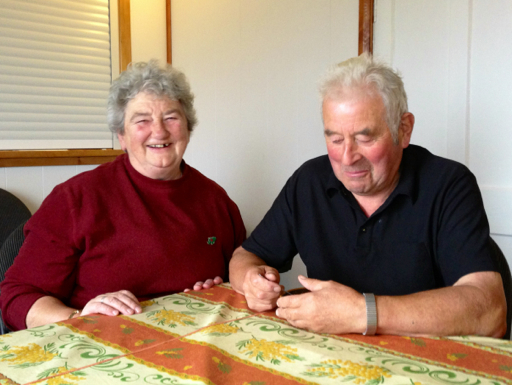 The McGills get about 300 visitors each year and rely on the income from these farm-stays, now that the drought has made sheep and cattle ranching so difficult (the drought appears to have ended with our rainy arrival).

The accommodations were much more grand than we expected: like a good B&B, with fantastic meals, included.

Although it was overcast, we were anxious to go for a walk after getting settled into our room. 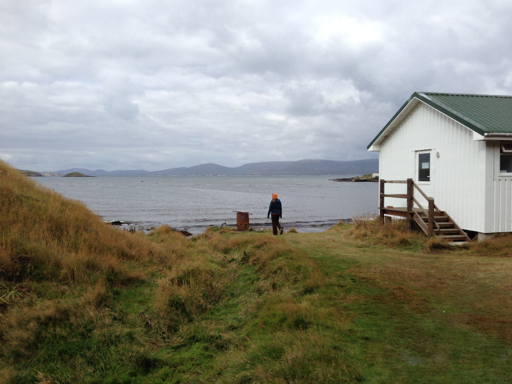 The wildlife in the Falklands is famously tame, similar to how it was in the Galapagos when we visited several years ago.

Leaving the farm and hiking north along the shore, we came upon this Tussac Bird. I’m told it’s uncommon to get a picture like this because these birds flit around so quickly.

Here’s a quick look back at the farm from where I took the photo, above. Those trees around the farm are not native; they were planted by the former owner in the 1930s as a windbreak).

We passed a number of Magellanic Penguin burrows on our walk, but the birds, themselves, were nowhere to be found. We did, however, come upon several geese, like the Kelp Goose in the photo, below; in the background, you can see the Tussac plant that is vital habitat for the Magellanic Penguins.

We decided to walk back to the farm and arrived just as Rob was letting the cows out to pasture. He maintains a herd just large enough to satisfy their meat and dairy needs. We had fresh cream and milk daily during our stay. 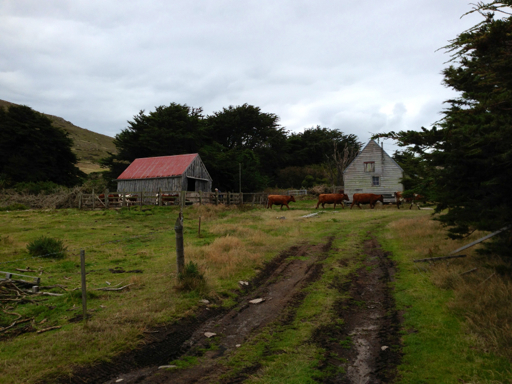 We wandered around the farm buildings, followed by the Striated Caracara, which I understand is a relatively rare bird. Apparently, the three on top of this Land Rover didn’t like Dale collecting their lost feathers. 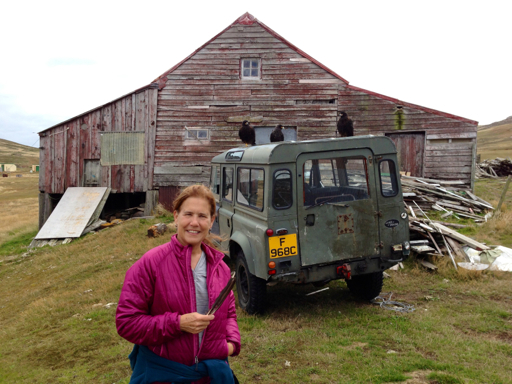 But this Caracara, who greeted us at the front door, was more amiable.