The apartment we’re staying in is right next to a metro subway station and a bus stop, so getting around Paris should be pretty easy while we’re here.

We started the day by buying week-long passes for the metro transit system and then took the #12 subway to Concorde station which is at the eastern terminus of the Avenue des Champs-Élysées.

Today, the Champs-Élysées is a famous designer shopping boulevard that is central to the architectural layout of Paris connecting, among other things, the Arc de Triomphe on the west to the Place de la Concorde and the Tuileries Gardens on the east. The Champs-Élysées is also famous for its military victory marches, the annual Bastille Day military parade and the finish of the Tour de France bicycle race.

Here’s what it looks like on a bright, summer day as we walked west: 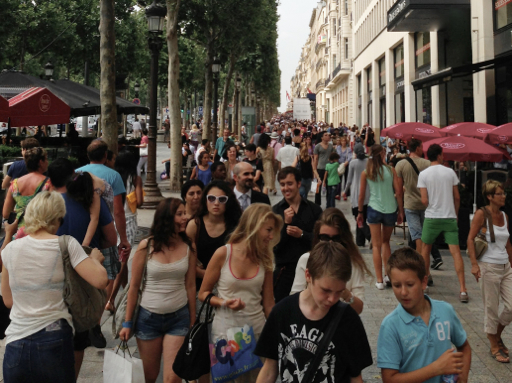 It was crowded along the boulevard all the way to the Arc de Triomphe and the Place Charles de Gaulle. By the way, those are people up on the top of the Arch.

Charles de Gaulle Plaza was formerly known as the Place de l’Étoile, the “Star Plaza,” so named because twelve roads radiate out from this intersection in the general form of a star. It is an absolute traffic nightmare. Once we had crossed over onto the plaza (via an underground walkway), I turned and took this picture back down the Champs-Élysée:

The Arc de Triomphe sits at the very center of the plaza. Its construction was started in 1806 on the order of Napoleon Bonaparte in honor of the French Revolution of the 1790s and the victories of the French Army during the Napoleonic Wars of the early 1800s. The Arc, not completed until 1836, is 164 feet tall, 148 feet wide and 72 feet deep. It is so gigantic that shortly after the conclusion of WWI, a French aviator flew his biplane through the arch!

After Napoleon, the French people have continued to honor their war dead at the Arc with the entombment of their symbolic unknown soldier and monuments to other military units. Here’s the Tomb of the Unknown Soldier of WWI and its eternal flame. 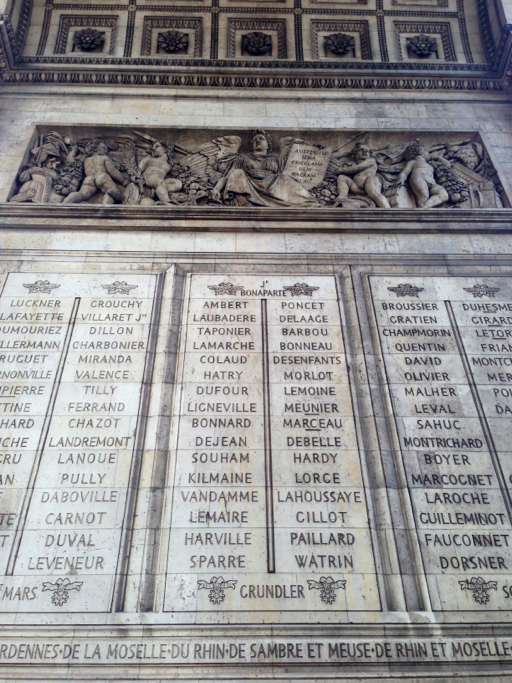 …and their victories during his military campaigns throughout Europe.

The four columns are adorned with magnificent, attached relief friezes. This is the most revered of the four, the Departure of the Volunteers of 1792, commonly called La Marseillaise:

This one is the Triumph of 1810, featuring, of course, the Emperor, Napoleon Bonaparte: 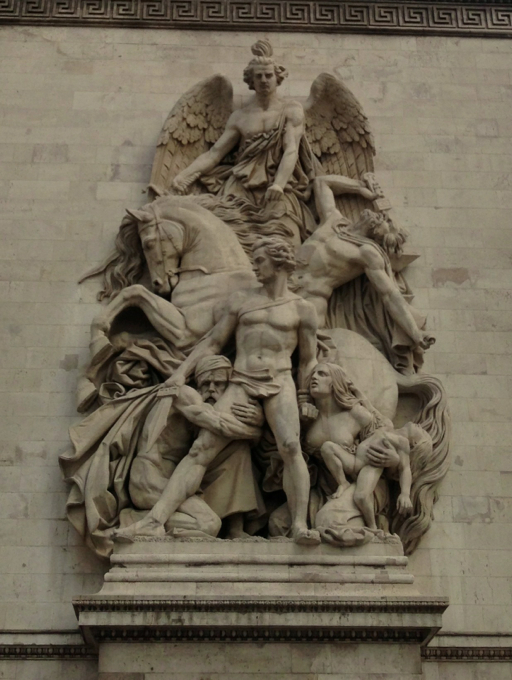 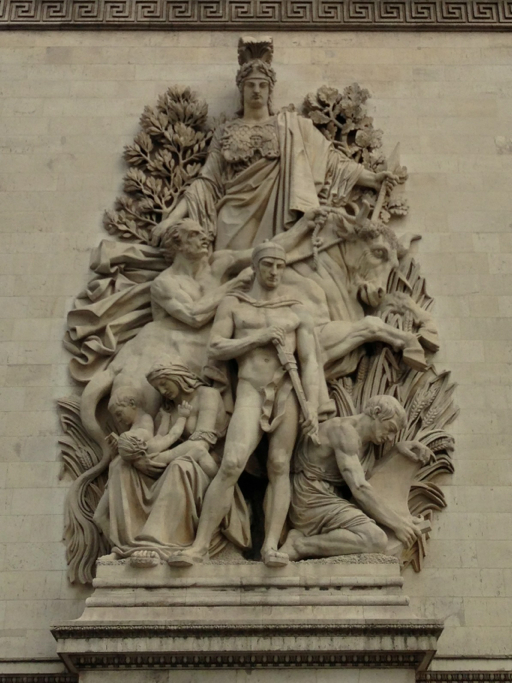 After admiring the various reliefs around the Arc, we made our way back down to the underground pedestrian tunnel and crossed the circle to the west where I took this photo of the “back” of the Arch; notice the traffic.

We visited the Arc de Triomphe about 6 years ago when we were backpacking through Europe with our kids, but at the time, the Arch was undergoing restoration and most of it was covered with scaffolding and netting. We were really happy to see the finished product on this visit.

We rounded the Star Plaza and continued our walk down Avenue Kléber toward the Jardins du Trocadéro.