While the foundation was being built, there wasn’t much for us to do so we took time to go to the Bellingham Roller Betties Roller Derby Championship Match at Whatcom Community College: 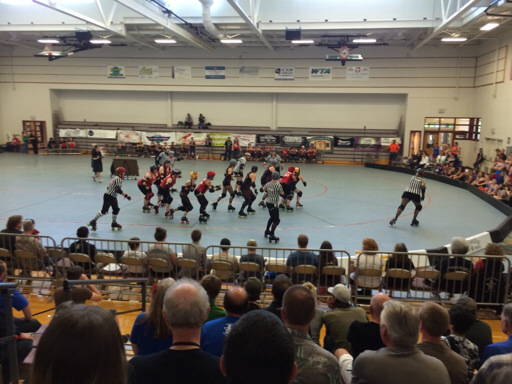 …and then the Bellingham Scottish Highland Games in nearby Ferndale: 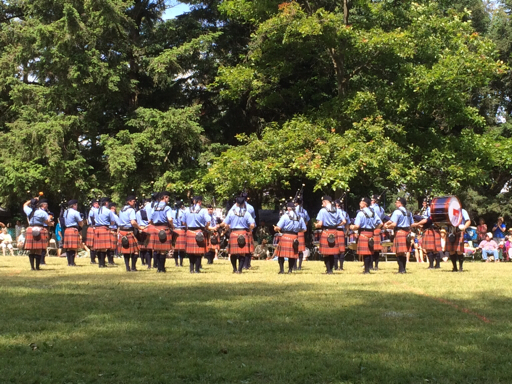 …then down to Seattle as guests of our friends Rich and Susan (they’re the folks we did a home exchange with in February) to watch a Seattle Mariners baseball game at Safeco Field:

…and, finally, taking in the Deming Logging Show (motto: “For the benefit of busted up loggers since 1963”), something everybody needs to add to their bucket list.

There’s a permanent arena, fairground and campground set up in nearby Deming for this annual event. We attended the last day of the show, which started off with an auction of loads of firewood – complete truckloads of firewood! Yes, you too, can own a dozen 2-foot diameter Douglas Fir logs. $800, $800, do I hear $850?

After the auction, came the races – vertical races up nearly 100 feet. Logging is big industry in Washington State and the contestants in the various events were often third-generation loggers. 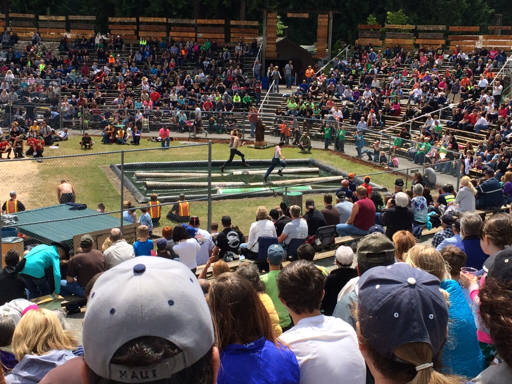 But, I would have to say that our favorite was the Drag Saw exhibition and contest. Have you ever seen a Harley-Davidson chain saw?

Some of these “Drag Saws” were unbelievable. They all had to be hoisted by two men or women (yep, there were several female contestants) because they were powered by either motorcycle or automobile engines – one was a Land Rover V-8 and another (I think it was the one in the photo, below) was an Oldsmobile V-8! 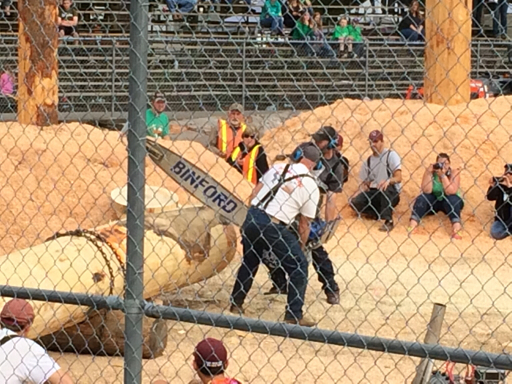 These high-powered chainsaws ripped through 3-foot diameter Douglas Fir logs in seconds. The hills and mountains around Bellingham are covered with these trees (we have four 60′-70′ footers on our property) but back in the 1800s the “Doug Firs” (as the locals call them) were much, much bigger.

As the concrete work on the foundation was being finished up, Kelly and Casey flew out to visit us for a couple days. Our first excursion with them was up to Mount Baker and on the way we stopped at the Ranger Station where we got to see one of the old trees, over 8 feet in diameter and 730 years old, felled by hand:

At the top of Mount Baker, we went for a picnic and a little hike around the ski area (closed for the season).

And we stopped for another hike on the way back down the mountain, too. 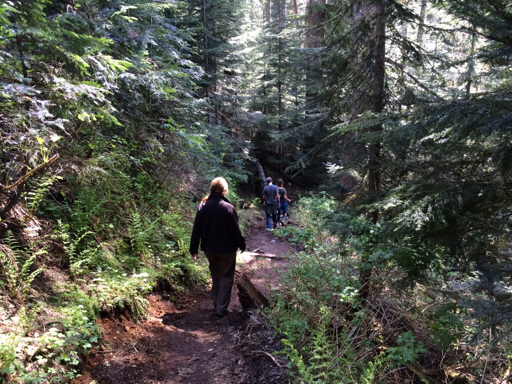 The next day, we got up early and drove to Anacortes to catch the ferry to San Juan Island. 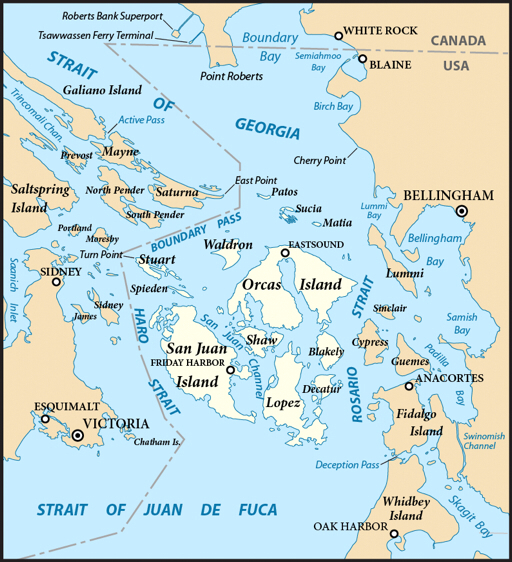 San Juan Island is the most populated of the 170+ islands in our part of Puget Sound – the tops of submerged mountains. The ferry landed at Friday Harbor, a quaint seaside town, where we rented scooters for the day.

We took our time circumnavigating the island in a clockwise direction, following the route recommended in this brochure:

San Juan Island became part of the United States in 1872 after being occupied by both British and American forces for 12 years. Prior to the resolution of this territorial conflict, the American Camp was commanded by Capt. George Pickett, before he resigned his commission in 1860 and went off to fight for the Confederacy in the Civil War (yep, he’s the namesake of the famous and ill-fated “Pickett’s Charge” at the Battle of Gettysburg; he resided in Bellingham for awhile, too).

Here’s our gang, mounting up at the American Camp National Historical Park:

…before continuing our drive to the southernmost part of the island at Cattle Point. 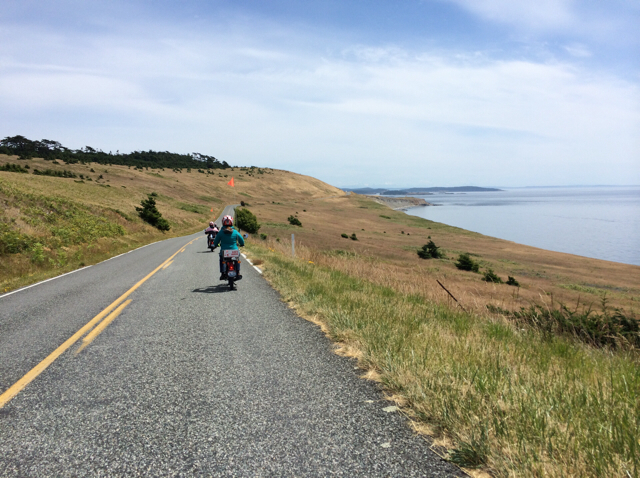 San Juan Island is also known for its lavender, so we stopped and walked among the flowers at Pelindaba Lavender Farm.

It was a fun way to spend the day. We really enjoyed Kelly and Casey’s visit and can’t wait to have them back once the house is finished.

Not long after Kelly and Casey left, we had another visitor: Kyle’s friend, Alex. What a surprise! You might remember Alex from our trip to Hawaii in 2012 when we bumped into him unexpectedly on the North Shore of Oahu.

You just never know where Alex is going to show up next, but we’re sure we’ll see him somewhere exotic again: a fellow travel addict.

One thought on “Intermission”