Toward the end of this trip we will be biking for 12 days through the Baltic countries of Estonia, Latvia and Lithuania, averaging about 25 miles per day. So earlier this week we decided to take a practice run. We rented bikes in Östermalm, the eastern side of town, intending to ride the perimeter of the entire Royal National City Park, including all of Djurgården and Brunnsviken lake. Here’s a map of the whole park and, yes, we rode nearly all the way around it, a total of just under 30 miles: 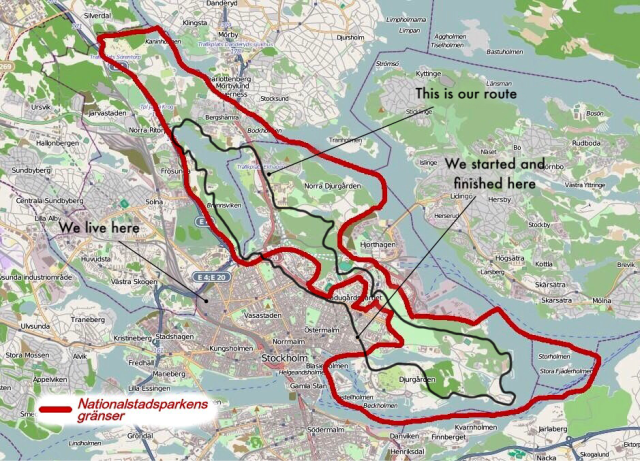 It was a beautiful day and a fun ride. The terrain is mostly flat and the whole course took us almost exactly 4 hours, but we had sore butts by the time we finished, so it’s a good thing we’ve brought biking shorts along for the Baltic ride. Riding through Södra (southern) Djurgården was espcially delighful. After stopping at the Rosendals trädgård cafe for lunch, we pedaled along the waterfront for a couple miles.

It’s a very narrow passage along here for the cruise ships and ferries to maneuver through, but they manage it without tugs or pilot boats. 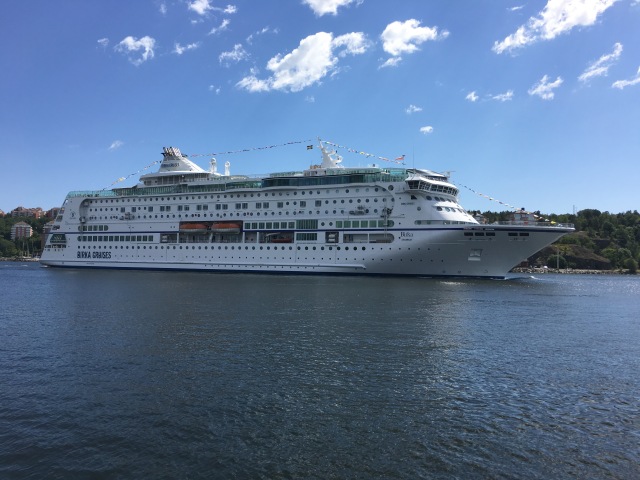 A little further along, we passed a group of young sailors with their Optimist Dinghies, reminding Dale of when she came to Europe as a member of the team representing the U.S.A. in the International Optimist Dinghy Regatta in Germany in 1971.

A little further along, as we entered the urban landscape for a short time, we passed a couple professional dog walkers. Imagine the chaos if a squirrel ran by.

In Norra (northern) Djurgarden we got lost for a short time and ended up riding along a horse riding path for about a mile before finding a road through the Stockholm University.

Riding through the campus, we emerged on the north side of the University at the Bergianska trädgården that we visited (via subway) a few days earlier. We continued on through Bergshamra on a mixture of trails…

…all the way around Brunnsviken lake… 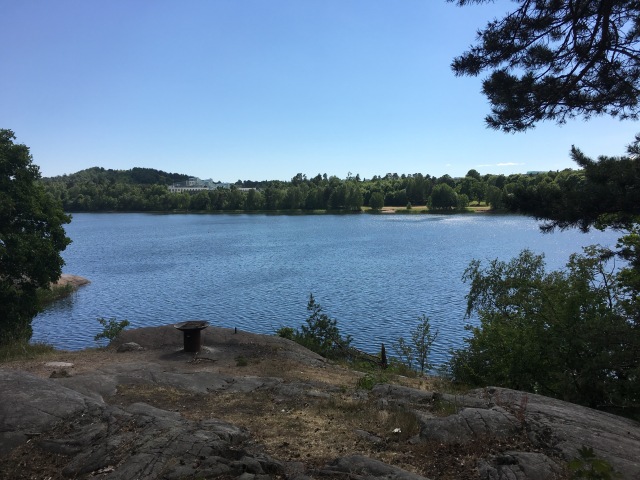 …to Hagaparken (Haga Park) where we stopped again for a soft drink and a snack before making the final push back into the city. 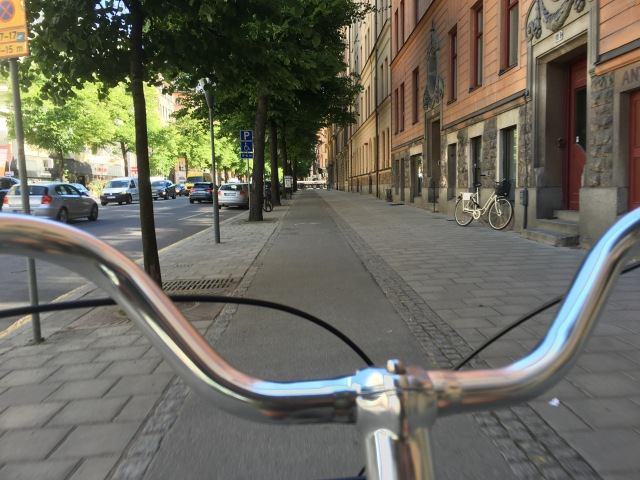 While Stockholm is not quite as biker-friendly as Amsterdam, it’s a mighty close second.