The wind died down slightly overnight, although the surf continued, due to the fact that the wave action along this coast is mostly from swells, rather than being generated by local winds.

After lunch, we headed back down to Long Beach to walk its length. As soon as we walked out on the beach we could see that there was a temperature inversion that gave the sand the appearance of steaming. 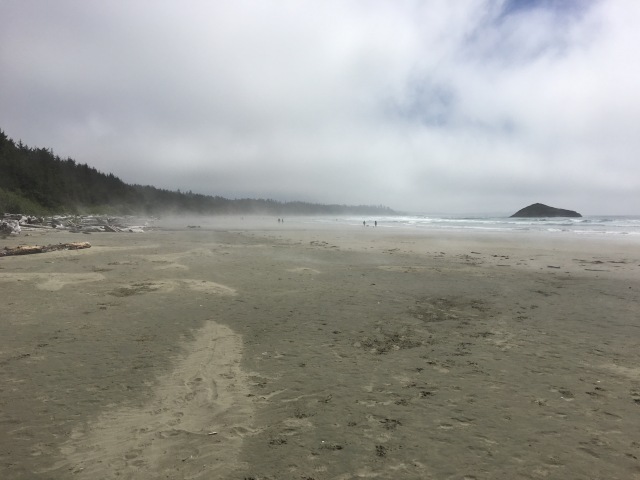 We walked the entire length of Long Beach, 2.5 miles, from Incinerator Rock to the rock outcropping at Green Point where someone had built a shelter out of driftwood:

Along the way, we passed several more driftwood shelters.

In fact, the beach was littered with them:

On the way to Green Point we had noticed that a couple of these shelters had been occupied by resting surfers; however, they were all empty on our return. But this enterprising guy was still swinging in his hammock, just like he had been when we passed him two hours earlier:

Tomorrow, we pack up early and drive to the east coast of the island where we’re expecting (hoping) that it will be a little warmer.