We didn’t spend much time at all in the city of Hue, choosing instead to visit sites in the surrounding area.

Our first destination was the old Thanh Toan bridge, but as we walked from the parking area, we crossed paths with a wedding party and they seemed happy to have us tag along (at least everybody but the bride seemed okay with it).

The process involved the groom’s party waiting anxiously down the street as his parents walked down to the bride’s family to work out the dowry. That’s the bride’s mother in yellow, below. Once the arrangements were made, the groom’s parents returned to get the groom and the rest and then the whole family paraded back to the bride’s place. That’s the groom in the red turban with his mother at his side in pink under the umbrella. The whole party made its way into the bride’s house under the flower arrangement where vows were exchanged, then the bride and groom came outside with the wedding party for photos.

After the ceremony, we continued to the local museum – which had terrific exhibits with good explanatory placards in english. At the museum’s entrance were three young women making conical hats. I had no idea that there was so much work involved in creating these things which many people here – especially in the countryside – actually do wear on a daily basis. 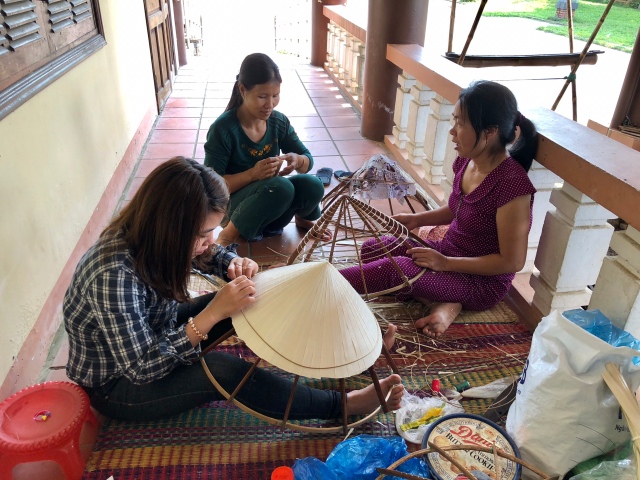 We perused the exhibits and were then given a demonstration of the traditional method for processing rice into flour by the sweet octogenarian, below. What a cheerful lady, and a nice singing voice, too.

Here’s a photo of the tile-roofed Thanh Toan bridge, but I have to say that the wedding and museum took 1st and 2nd prize.

Next stop was the Thien Mu (“Celestial Lady”) Buddhist Pagoda on the other side of town, apparently a popular tourist destination. It was packed.

The incense was burning heavily and there were plenty of worshipers here.

The Chinese influence was obvious. Note the Chinese calligraphy in the background of this photo of the Chinese folkloric Budai, the Laughing Buddha.

None of us seem to be fond of crowds, so when Loc asked if we’d like to go further into the countryside to another, more remote pagoda, we all said, “yes!” And, so, we arrived at Huyen Khong Son Thuong Pagoda at the end of a long, desolate country road. It was serene and beautiful and we had the place to ourselves.

This more modern pagoda seemed to me to be influenced more by traditional Indian Buddhism.

Since we were all enjoying our time in the countryside, Loc decided to take us to another out-of-the-way site: the tomb complex of the founder of the Nguyen dynasty, Gia Long, born Nguyen Phuc Ahn (1762-1820, r. 1802-20). Gia Long unified what is now modern day Vietnam, but the Nguyen dynasty also proved to be Vietnam’s last, ending in 1945 during the reign of Bao Dai (1913-1997, r. 1926-45). During his reign, Gia Long moved the capitol from Hanoi to Hue, giving it the reputation of being the Imperial City. 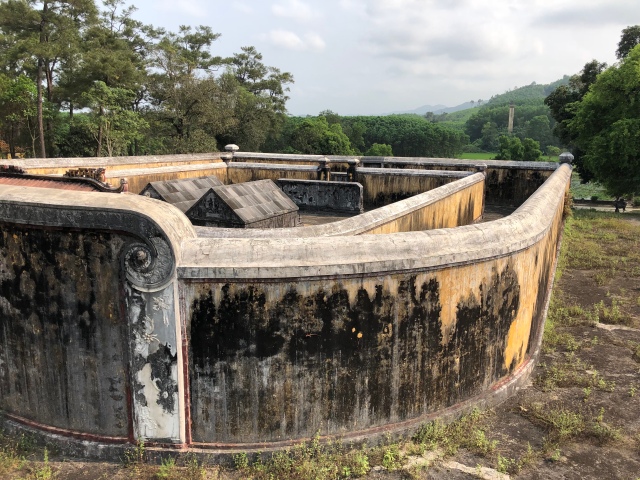 Gia Long was also responsible for building the Citadel in Hue, a moated fortress in the heart of the Imperial City and the scene of the Viet Cong’s last stand following their military defeat during the Tet Offensive in 1968. Here’s part of that fortification: 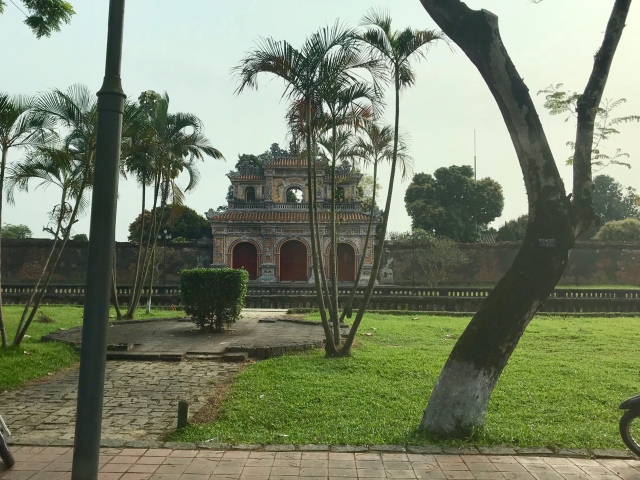 The next day, Wednesday, we left Hue and continued north to the Ben Hai River and the DMZ at the 17th parallel. There is a monument there on the south bank (right hand photo, below) and a museum on the north (left hand photo). We straddled the line that used to be the demarcation between North and South Vietnam.

Crossing over into “North Vietnam,” we briefly visited the museum and its collection of ordnance. I was intrigued by the quote attributed to Ho Chi Minh, “Miền nam trong trái tim tôi,” which translates to “Southern in my heart,” giving some credence to Bob’s comment that Uncle Ho resembles Kentucky’s Col. Sanders.

A couple more hours on the road finally brought us to our destination, Phong Nha-Kẻ Bàng National Park… 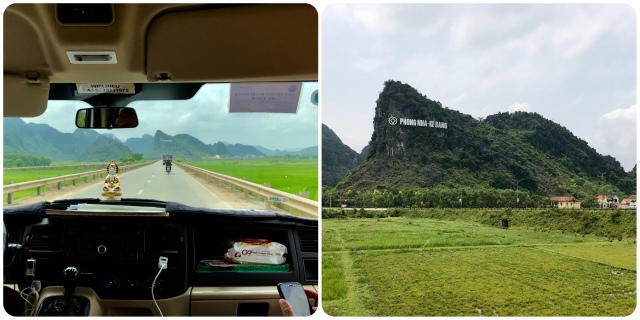 … and Chay Lap Farmstay. The adventure phase of our trip is about to begin!