On Monday, we drove north from Hoi An to the city of Huế (pronounced: “Whey”). About fifteen miles north of Da Nang, we stopped at the Hai Van Pass where defensive embattlements have been built in turn over the years by the Chinese, French and Americans during their military excursions here. Here’s the view looking north toward Huế: 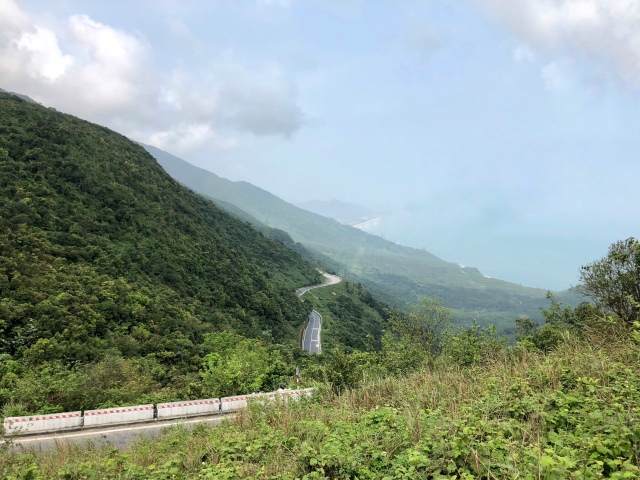 We continued north on the coastal road to Lang Co Lagoon, stopping at a popular tour bus overlook for a view of the peninsula: 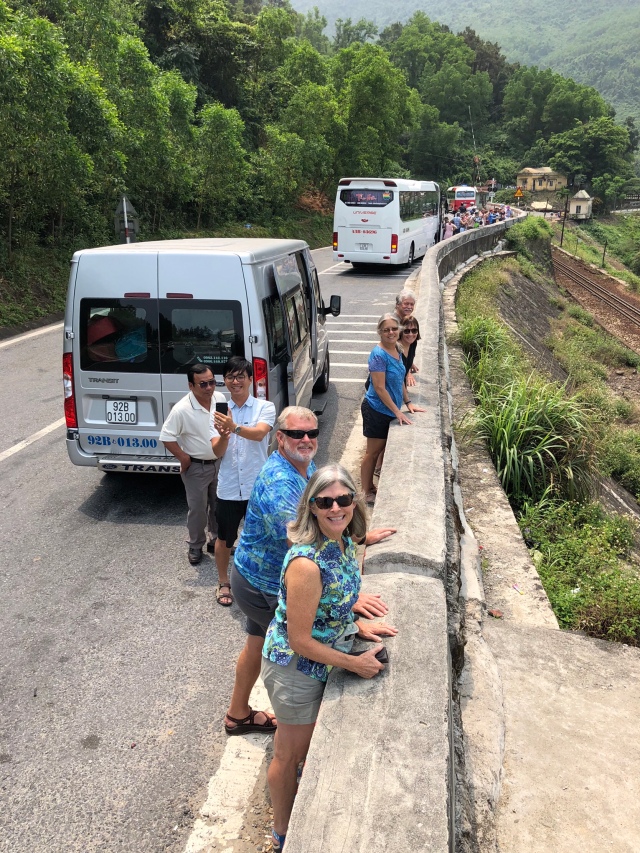 With the exception of the mountains in the background, we could have been back home in the Florida Keys. 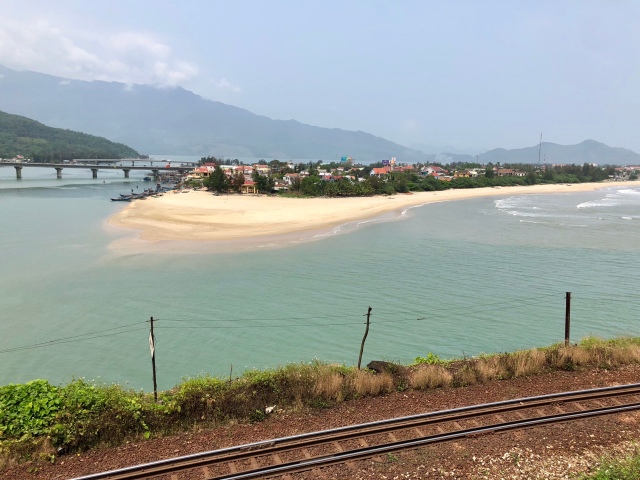 We stopped again a few minutes later to walk out on the sand spit. 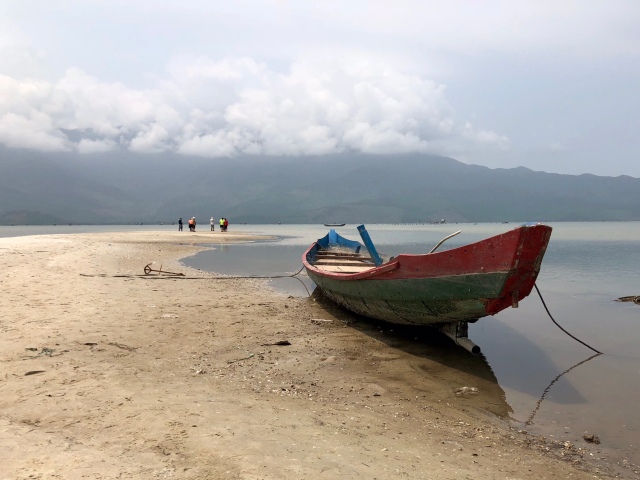 We continued north to the Vinh township barrier island, passing through several small fishing communities on the way. Interspersed among the houses and fields we saw many tombs along the road. We were surprised by the size of some of these family monuments and graves, but Loc assured us that these were small tombs and he was taking us to an off-the-beaten-path site he had discovered and named “The Craziest Graveyard in the World!”

After another half hour ride, we arrived and were greeted with this scene: 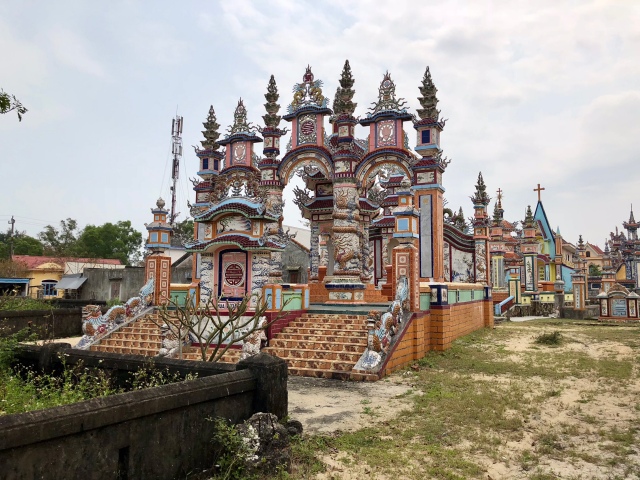 There were hundreds of these family tombs, scattered willy-nilly through this apparently unproductive land. Loc explained that the younger members of many of these local families had been the “Boat People” that fled Vietnam after the war, making new lives in America. Successful in business in the States, they sent money home to family members that had remained, much of which was used to build these tombs to honor their parents and ancestors, some costing as much as US $200,000! 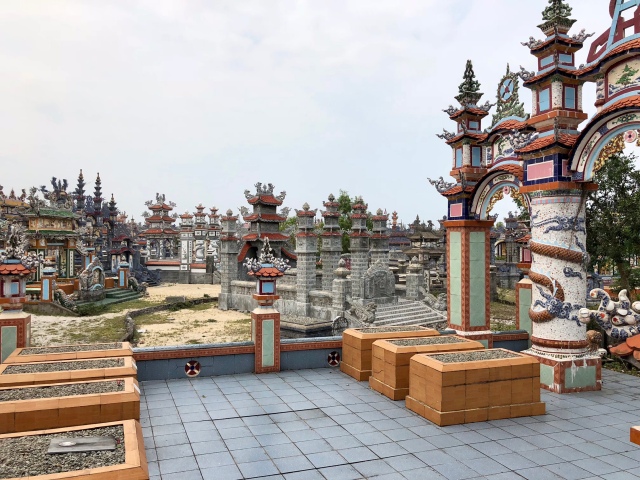 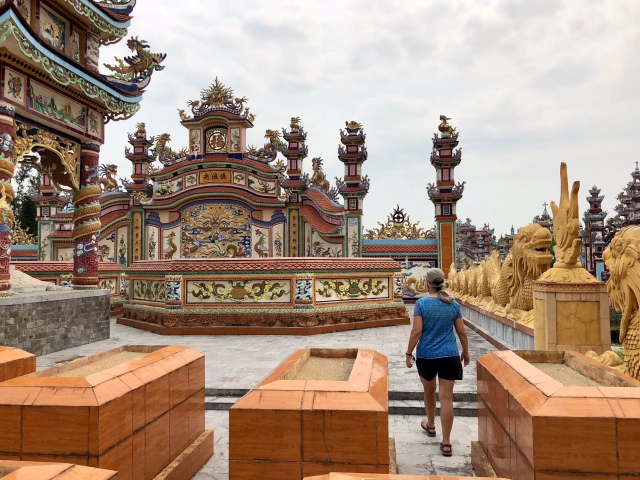 As you can see in the photos above, there are numerous individual graves in each family tomb. We were surprised to see that a number of the tombs were Catholic, obvious from the Mary and Christ statues, like the one below, still awaiting the family patriarch (the grave on the left is labeled Mộ Mẹ, “Mother’s Grave”). 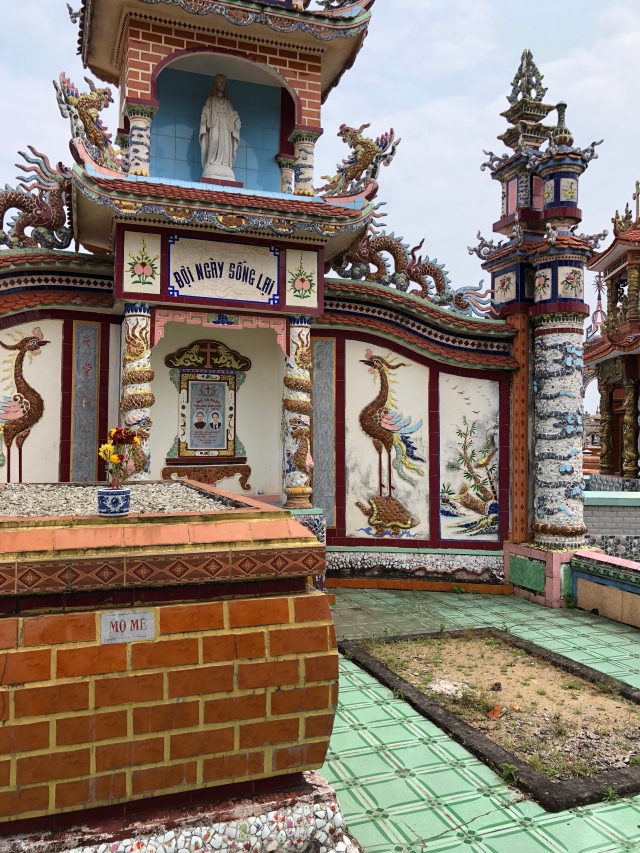 It seems that there has been a bit of one-up-man-ship going on here, with each family trying to out-do the other in the opulence of these memorials. 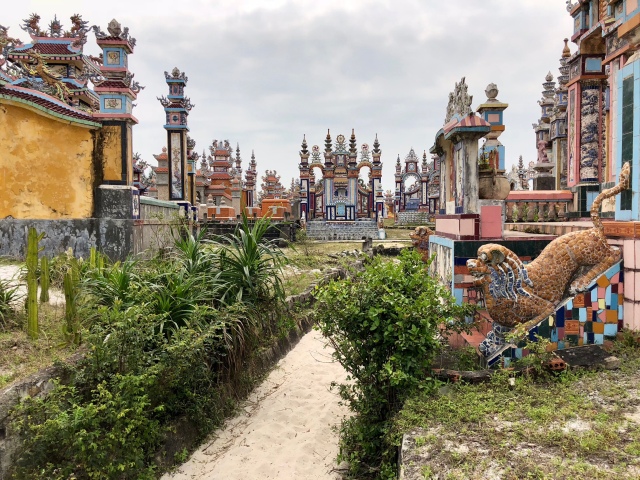 But, some families make do with what they can afford, like this one, below, construction halted and awaiting further contributions from relations abroad:

This simple one struck my fancy: 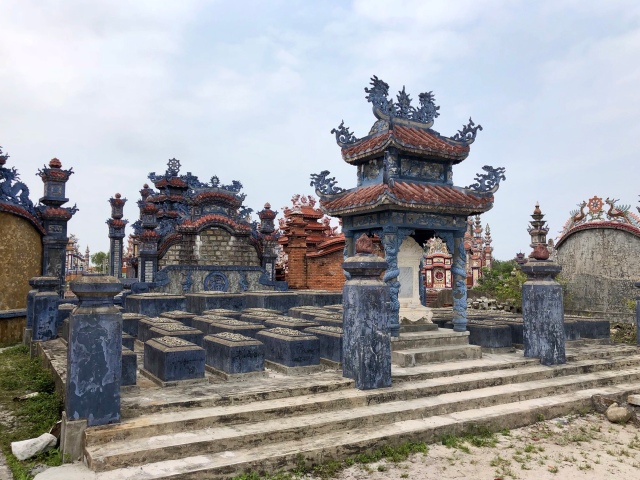 But, modern tastes appear to tend toward the more elaborate: 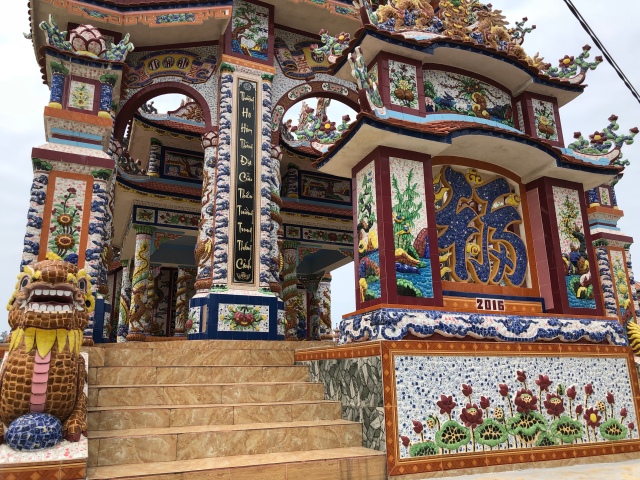 Nearly all these tombs are built from materials hauled in by water buffalo. 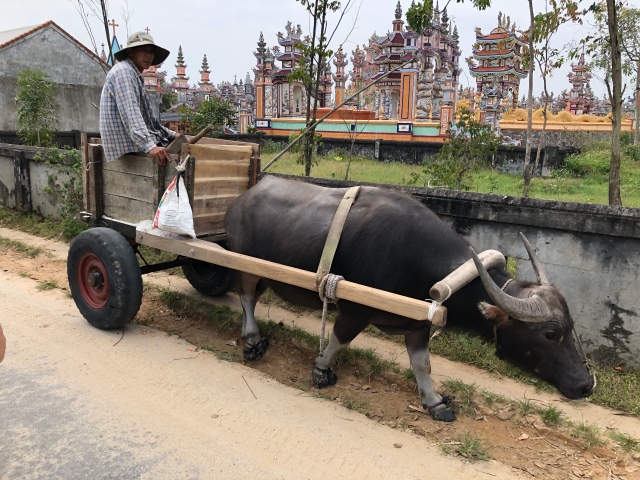 We wondered how these massive animals are controlled with such little effort. Then we saw the steering mechanism: a rope through the nose. Yep, that would get my attention, too.

We reached Huế and checked in to our rooms at Pilgrimage Village before sunset with plenty of time for a dip in the most incredible swimming pool I’ve ever seen. 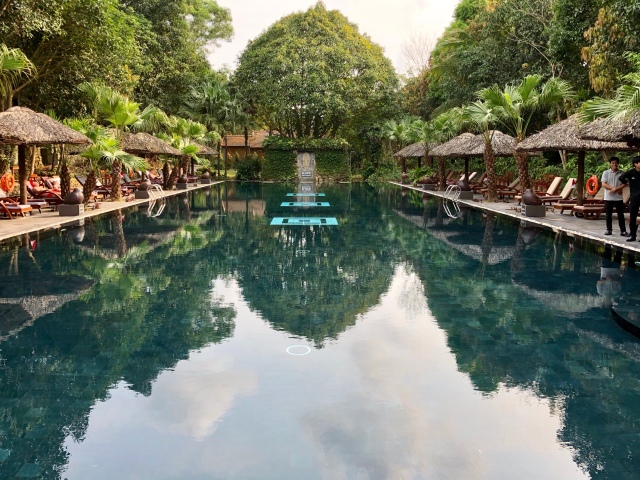 This country continues to amaze me.

One thought on “Craziest Cemetery in the World”