The day after our Hang En expedition, we went caving again, this time at Paradise Cave. The first 1 km of Paradise is a tourist attraction like Mammoth Cave in Kentucky or Carlsbad Cavern in New Mexico. But we were going to be doing much more than that. We were spending an entire day underground, hiking and swimming 7 km, about 4.2 miles!

It started easy enough with a shuttle ride from the ticketing and parking area where we were given helmets and headlamps again. We were dropped off at the bottom of a tall, winding staircase. After climbing the stairs, we were greeted at the top by our guide for this expedition, Huyen, who described the cave and our trek through it.

The entry to the cave was small,…

… but once inside – with pupils adjusted to the dimness of the cave – we discovered that the cave was enormous, with another long staircase, this time going down.

The entry section of the cave was well lit and busy with tourists. Some of the underground formations were quite impressive. 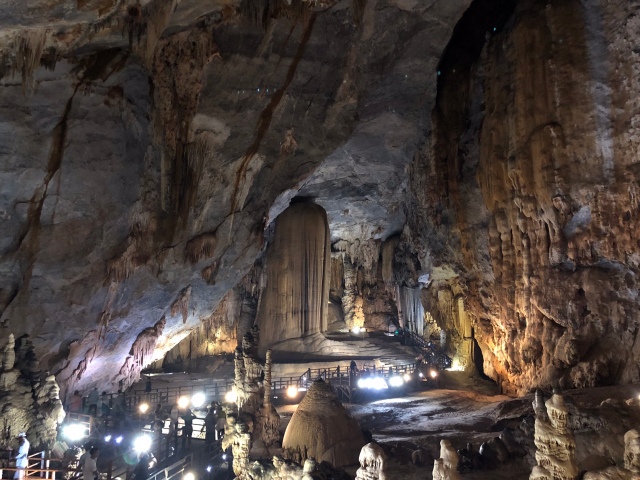 This stalagmite must have been 40 feet tall! 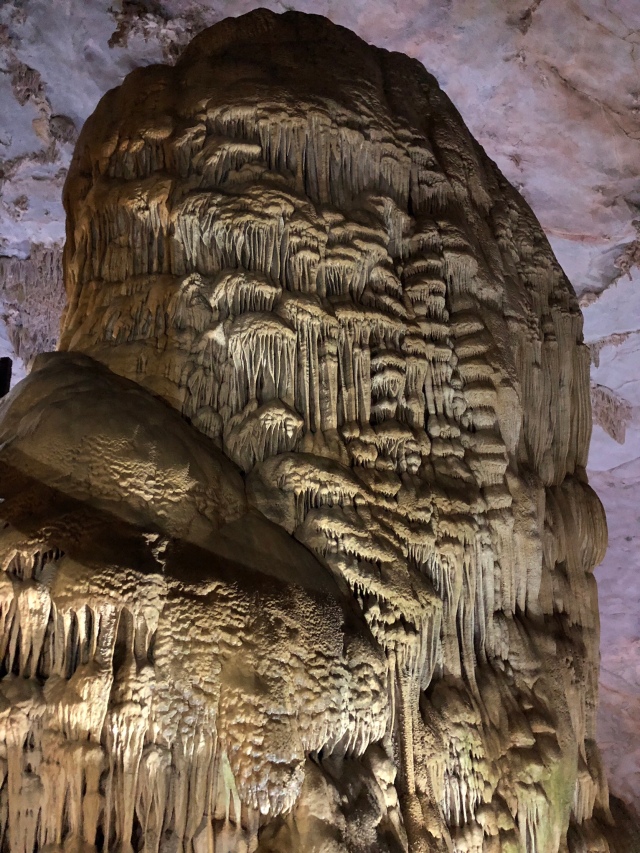 We walked a little over a half mile on the boardwalk to its end where Huyen opened a locked gate so we could continue on the cave floor. 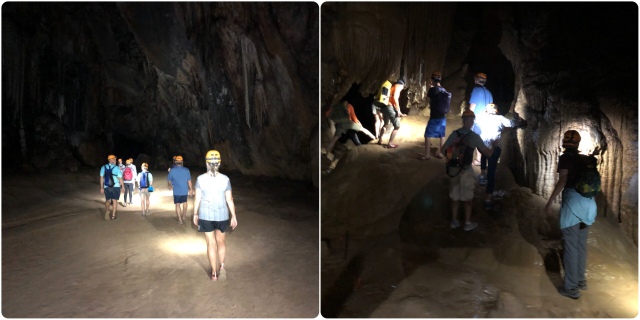 We hiked about another 1.5 miles underground in the cave beyond where tourists are permitted.

At about two miles in, we came to the end of the trail at an underground river that continued, but without anywhere to walk. We were going to have to swim! But we had been forewarned and had our bathing suits with us. We slipped behind a couple stalagmites and changed. 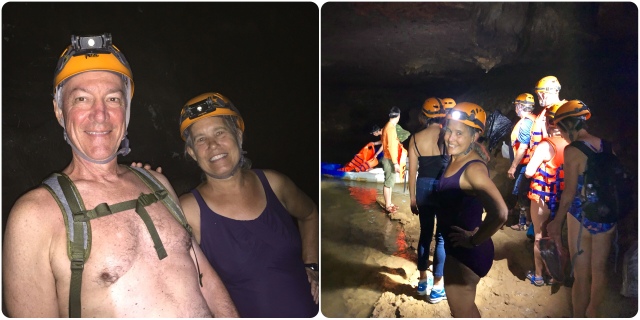 The cave was about 70°F, but the water was considerably colder. We waded for as long as we could, then breast-stroked the rest of the way to a landing about 100 yards downstream.

On the other end, everybody remained in swimsuits since we were going to have to exit the same way we had entered. We continued our scramble through the cave to the end of this section at about 2.1 miles…

… where part of the ceiling had collapsed long ago allowing sunlight to slightly illuminate this end of the cave. 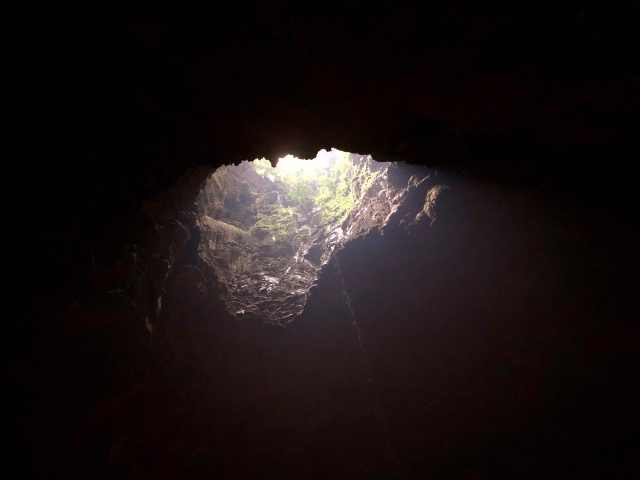 Suddenly, a ray of sunshine poked through the clouds and the opening above, spotlighting a pond near where we were seated.

It was beautiful. We sat for about 45 minutes watching the light change while we ate lunch,..

… then we prepared for the hike out. 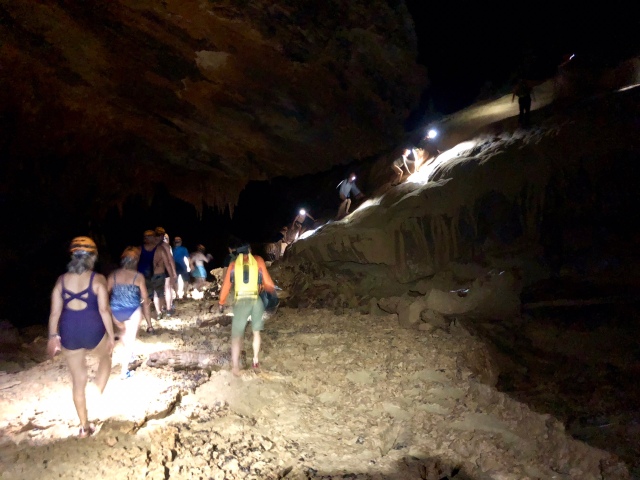 After swimming the underground river section again, we dried off and changed back into our clothes to continue the hike back to the boardwalk… 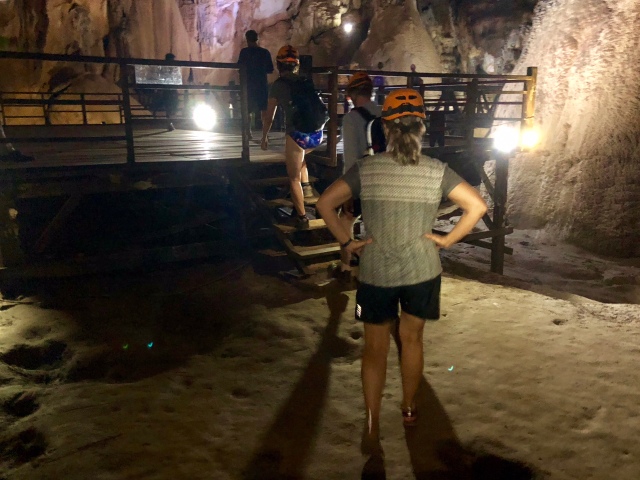 … and back out of the cave. A one-of-a-kind experience.