Last night, we camped at the foot of the White Mountain National Forest in New Hampshire. It was an all day drive, starting from there and then crossing through the Green Mountains of Vermont.

We drove across the state of Vermont to Lake Champlain, which separates Vermont from New York, and took the ferry across the lake. 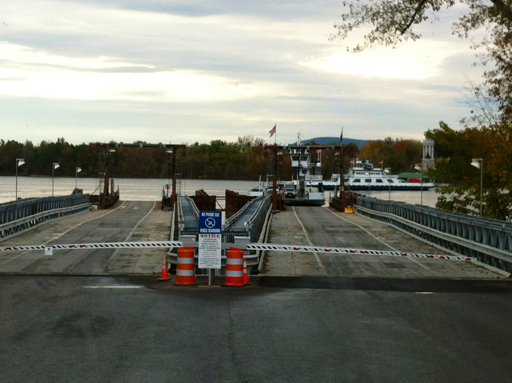 From the Ferry landing at Crown Point, New York, we drove into the finger lakes on our way into the Adirondack Mountains. Here’s Loon Lake.

Then we drove up into the Adirondacks, following the Hudson River toward its headwaters. Here’s the view upriver.

And then looking downriver from the same spot.

We drove nearly all the way across the Adirondacks and found a nice RV campground in the mountains on a lake. There’s a little town nearby called Old Forge. It looks like a really popular summer tourist town, but right now it’s pretty dead. We found a restaurant called “Slickers” where, as it turns out, a musician we see playing in the Keys entertains in the summer.