Robert Paisley was a devout Presbyterian and, as I said, he was one of the founders of Red River Meeting House, one of the earliest congregations in Kentucky.

Sadly, Robert’s first wife, the one buried next to him, died just a few years after they had come to Kentucky and Robert remarried in 1804. A couple years later, missionaries from the Shaker faith from New York showed up in the area and converted Robert’s second wife and one of Robert’s sons and one of Robert’s daughters to Shakerism.

The Shakers lived celibate on communal farms and upon being converted, Robert’s wife, son and daughter all left the family and moved to the Shaker commune at South Union about 30 miles away.

Being celibate, the Shakers disappeared with the death of their last member around 1920. The Shaker community at South Union is now a museum and we stopped and visited it. 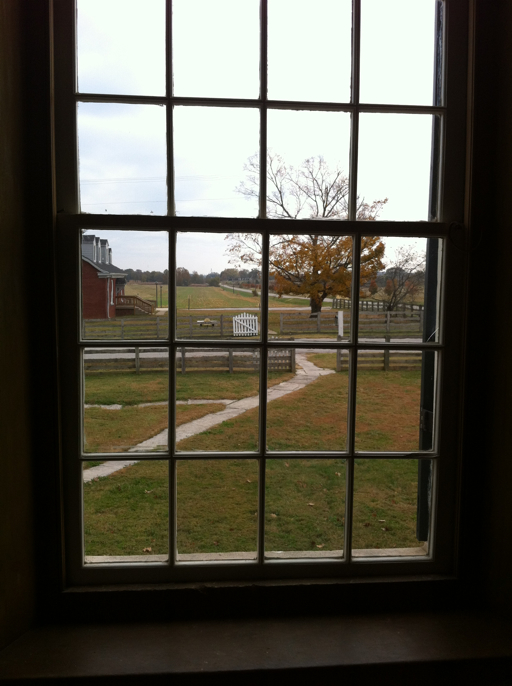 The Shakers were real craftsmen, known for the furniture they made and also for their brooms. Here’s the machinery they used for the latter. They would wind sorghum around the handle, then flatten the bristles in a press before stitching the bristles flat.