We’re in London for three days to see the city, after taking the train in from Eastbourne.

We arrived at Victoria Station in London and took the Tube (the London subway), to Marble Arch station, then walked from there to our hotel, the Radisson Blu Portman. Arriving at the hotel, we discovered that our room would not be ready for a couple hours, so, looking for something to do, we bought tickets and boarded the double-decker, city sightseeing bus and took a two-hour tour of the city.

Since we plan to go back to most of the sights we saw from the bus, I’m just going to post the photos, without much commentary.

First stop, Trafalgar Square; that’s the National Gallery on the left and St. Martin-in-the-Fields Church in the background: 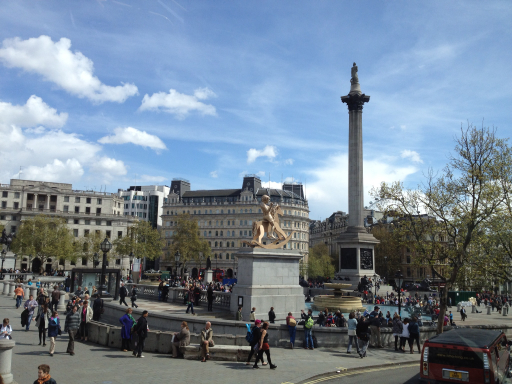 Here’s Charing Cross, behind the buses.

Next up, St. Paul’s Cathedral.

We continued across London Bridge where I was able to photograph Tower Bridge (that’s a British WWII era warship on the right that is now a maritime museum).

We got off the tour bus at Buckingham Palace, thinking we would go watch the guards. That turned out to be a Big Mistake! Within minutes it started to rain and the temperature plummeted into the 30s – we even saw snowflakes coming down, then melting immediately upon hitting the sidewalk!

But the Big Mistake was that the London Marathon was just ending – and Buckingham Palace was the finish line! In the rain. In the cold. And because it started out as such a nice afternoon, we didn’t have umbrellas or rain jackets, though everyone else did. 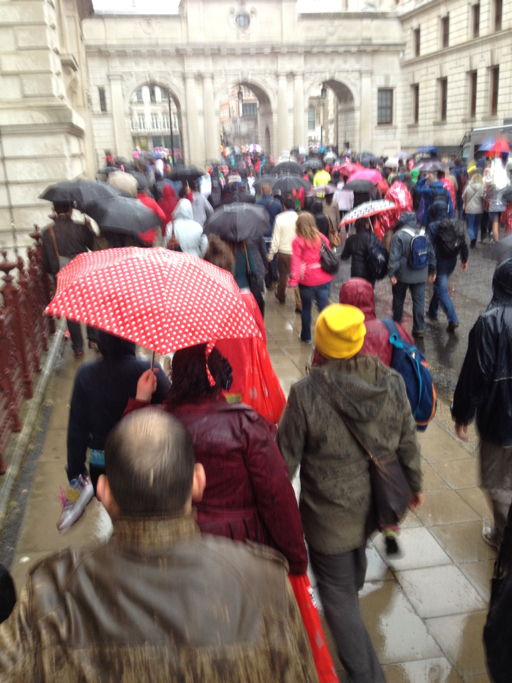 We followed the crowds, trying to escape, and ended up walking past Big Ben (you can see the last finishers of the marathon on the right). 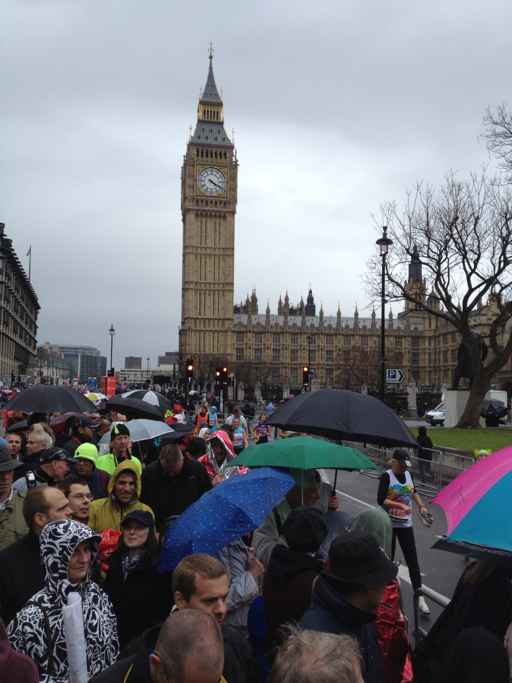 We finally ended up at Westminster Abbey where Dale had read there was going to be an organ recital at 5:30.

It’s amazing how quickly the weather changes here in England. Within an hour, the sun had come out and everything was bright and cheery again.

After the recital, we walked past Parliament…

…then took the Tube back to our hotel for a nice, hot dinner.