In the Florida Keys, the locals call the road that connects the mainland to the islands the “18 Mile Stretch.”

Here in Hawaii, we traveled another Stretch, the “Chain of Craters Road,” that starts at the top of the Kīlauea Caldera and follows the lava flow 18 miles downhill to the sea.

The first part of the road takes you through a beautiful rainforest drive.

After a few miles, the road begins a descent from the 4,000 foot high summit down to sea level. Just before starting our descent, we saw another rainbow.

And just a little further along the road, we came to an overlook where we could see the path that the lava took as it poured down the side of the volcano, burning and destroying everything in its path. 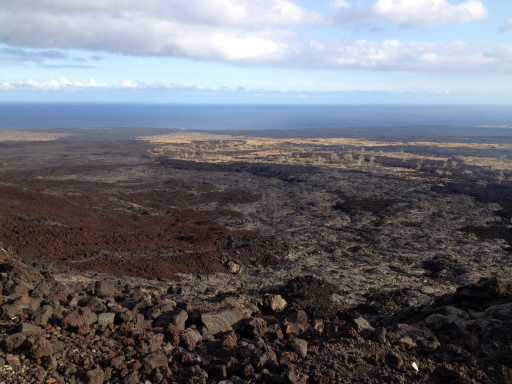 Upon reaching the end of the road, we looked back across the lava flow over which we had driven.

Over the years, there have been numerous spills of lava into the sea, but the waves and currents are very strong on the south side of the island and the lava has been eroded, forming sheer black cliffs at waters edge.

…and decided to look over the edge while I held her hand to keep her from falling.

The Chain of Craters Road ran along the coast back to Hilo until a lava flow in 1986 buried 10 miles of it. We walked to the end of the road…

…and then a little bit beyond it. 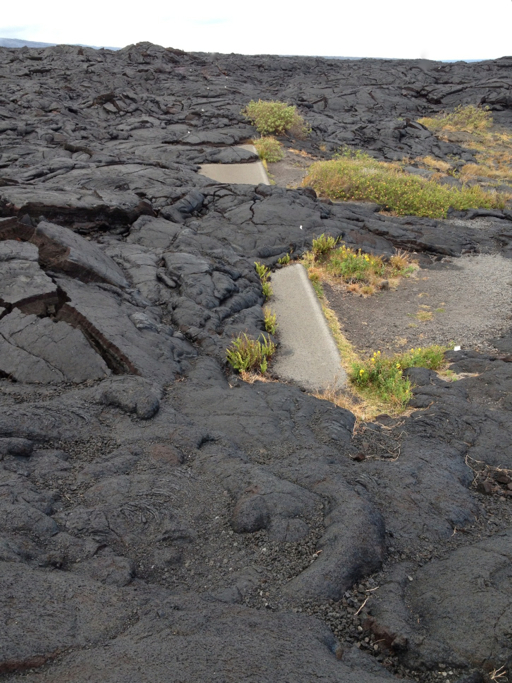 The ever-diligent Park Service sign crew made sure to state the obvious for the protection of us dim-witted tourists. 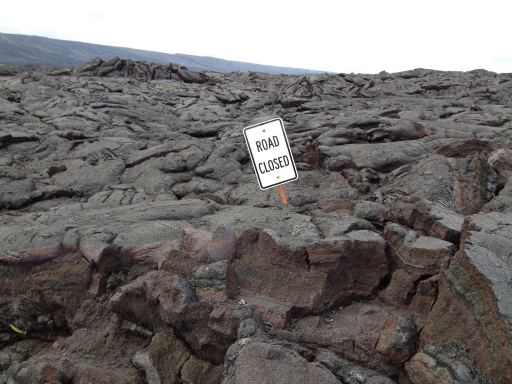