Leaving the cliffs, we drove the backroads of Møn, finding ourselves at what appeared to be the highest point on the island. It was eerie on the backroads; it felt like we were the only people on the planet, not a soul in sight.

Driving West into the settling sun, I stopped the car in the middle of the road and got out to take photos of the four points of the compass, rotating clockwise. 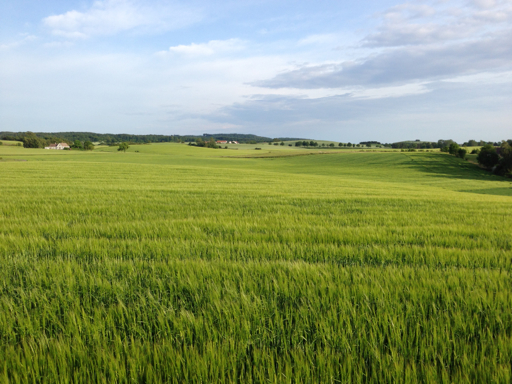 The entire island is farmland, claimed by the locals to be some of the best in Denmark. We decided to test that thesis by having the vegetable buffet for dinner in the old town of Stege. The restaurant had an interesting format: pick your table, then go into the butcher’s shop next door to pick your meat. While the meat is being grilled, help yourself to the salad bar and vegetable buffet and, my favorite part, the beer and wine bar!

In the bottom-right corner you should be able to see a glowing red “key,” coded to our table, that we had to insert into the tap “lock.” Somehow, this lock and key system was able to track the volume of the beer and wine we took from the taps. Incredible.

Oh, one more tidbit from Møn. When I was researching B&Bs on the island, one of the more intriguing stays was at Liselund Ny, an old manor house that had been converted into a small, boutique hotel. We passed it on our drive back and decided to stop for a look-see.

The manor house was impressive, but even more so was what they had done with a huge tree in the front yard that had split midway up and fallen down. You can see it on the right in the photo, above. A woodcarver had turned the dead stump into a Danish King, still rooted to the ground! 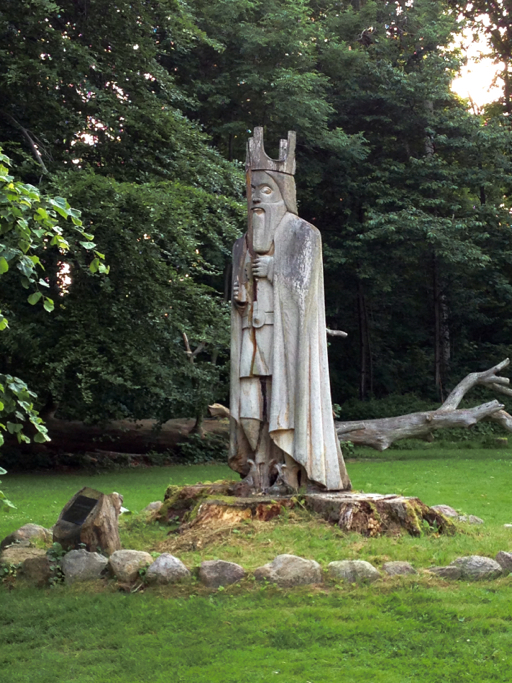 Back at our bed and breakfast, we had more local produce to try Tuesday morning before we departed for a jaunt along the western coast of Sweden.