Due to the change in our flights, we were now going to have four nights and three full days in Hoi An. On our first day, Friday, we were up early to drive south to visit a local ocean-side fish market. Alas, the seas were too rough, so the market was canceled, but it was still a beautiful morning on the shore. 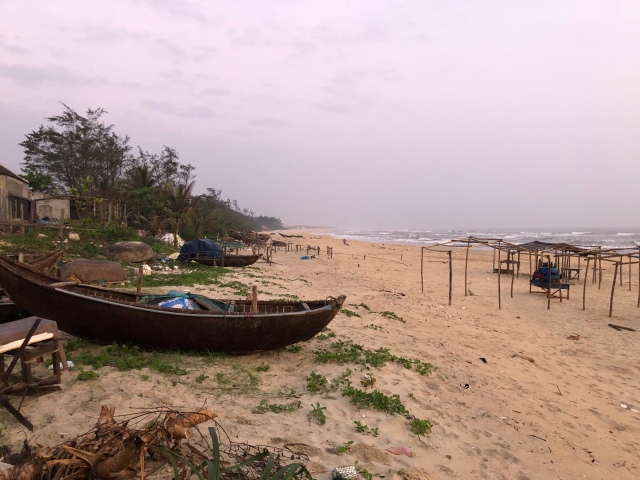 On the beach, we examined a vietnamese basket boat lying overturned on the sand. These boats, known as Thung Chai, are a type of boat called a “coracle.” This design is also common in Wales, India and Iraq on the rivers and marshes, prized by fishermen for their stability, but in Vietnam they are also used to fish along the coast in the South China Sea. The Vietnamese version is woven from split pieces of bamboo, formed into baskets, then coated with a resin made from coconut oil and tar. They are durable and lightweight. Supposedly, the awkward shape is the result of tax avoidance, the mother of invention. The story is that during colonial rule the French introduced a tax on boats and the ingenious Vietnamese claimed that these vessels were merely baskets, not boats, thus exempt from the tax. Could be. I can’t think of any other reason for building a boat with no keel. 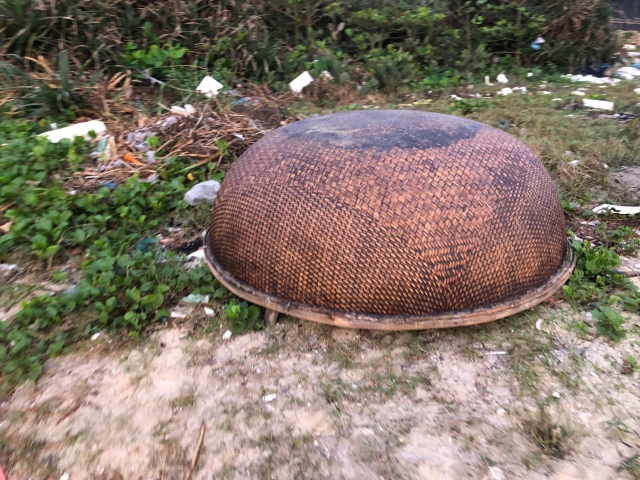 We climbed back into the van and continued south in search of another morning fish market. We found one not far away. It looked like the fishermen there had landed a decent catch: a small shark and a basket of schoolie dolphin had been ferried ashore, with larger dolphin still in the skiffs yet to be unloaded.

One boat had a large bull and cow dolphin, quite a nice catch even by Florida Keys’ standards.

The rowed skiffs shuttle the catch from the larger fishing boats that anchor offshore, many drawing too much water to dock or get close enough to shore to offload. 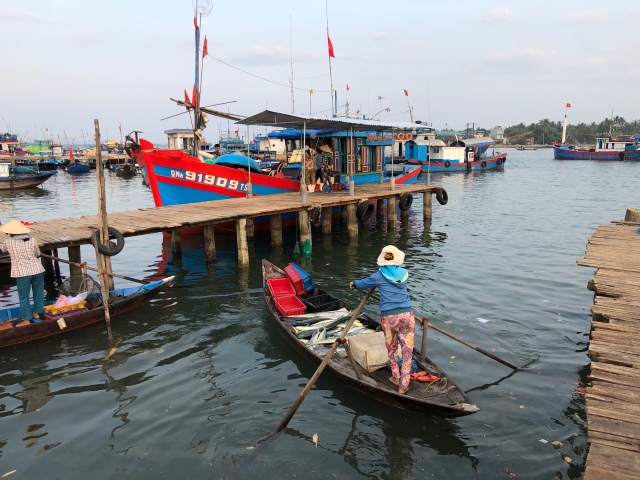 At the end of the dock I was standing on was a woman banding crab claws in order to take them to the land market for sale. 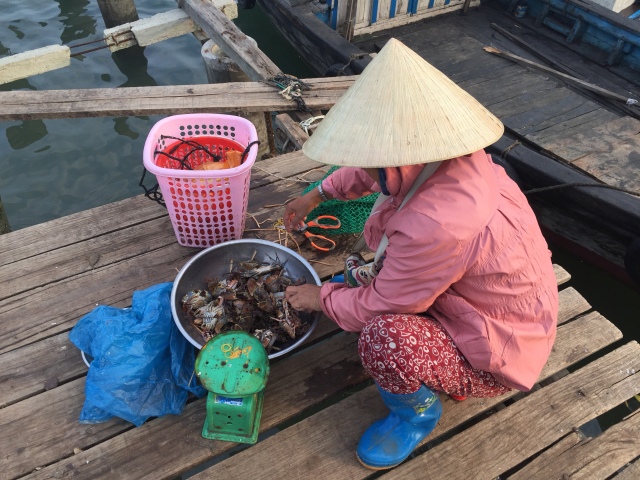 Across the way on the other dock, Dale noticed another basket boat, this one made of fiberglass. Surprisingly, it appears they manufacture basket boats for use in tending the nets.

We’re going for a ride in basket boats in a few days. It should be interesting.