Our travels to Bryce Canyon were coordinated to meet up with our friends, Jim and Von, who were driving down from Madison, Wisconsin, with their dog, Daisy, making stops to hike and paddle along the way. They arrived in nearby Tropic in the late afternoon and we met up for dinner after our canyon hike in order to make plans for the following day.

We began Thursday back in Bryce Canyon NP, walking Daisy along the Sunrise/Sunset Rim Trail, stopping to test the theory that Ponderosa Pine bark exudes a butterscotch aroma. 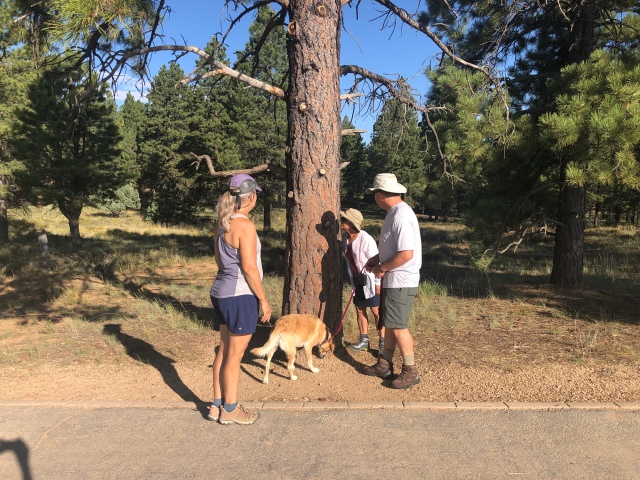 After doing dog duty, so to speak, we all hopped back into the Gern’s car and drove the Bryce Canyon Scenic Road to the Agua Canyon Overlook,…

… where we turned around, stopping at Natural Bridge Overlook on the way out of the Park: 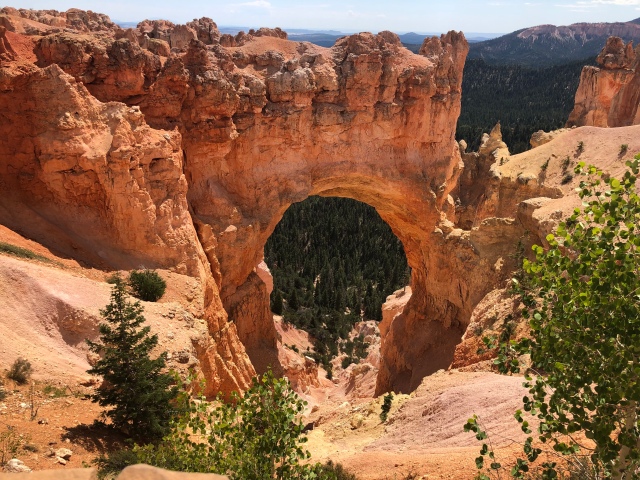 Leaving Bryce, we headed for Mossy Cave trailhead and went for another short walk up to see the waterfall, an oddity in this part of the country.

Although the creek here looks entirely natural, it isn’t. In its natural state, this canyon was a dry wash until 1892 when settlers from Tropic diverted water from the nearby Reservoir down this arid canyon to irrigate their fields. 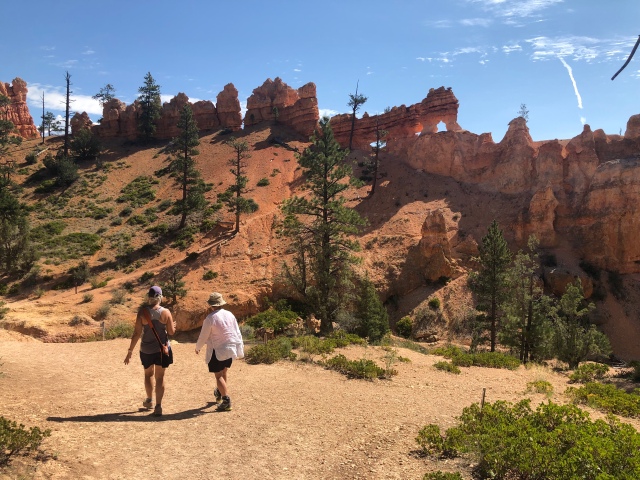 Searching AllTrails for nearby “dog friendly” paths, we discovered a handful of trails west of Bryce in Red Canyon, so we drove out that way, combining the Pink Ledges and Birdseye Trails to make a nice 2.5 mile loop. The red color here is the result of oxidized iron in the rocks. Here’s the start of the Pink Ledges Trail: 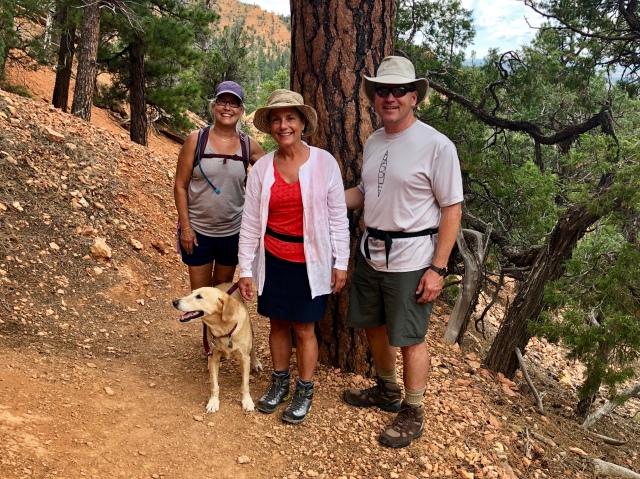 A little further up the trail, we came upon this magnificent specimen, deciding that its scientific name must be Christmas Tree Perfectus.

Just to the right, Jim spotted a slot that looked perfect for exploring. Take a look at the root system of the Ponderosa Pine growing in there (photo, below, bottom right).

Working our way around to the Birdseye Trail, we were constantly admiring this improbable rock chimney. 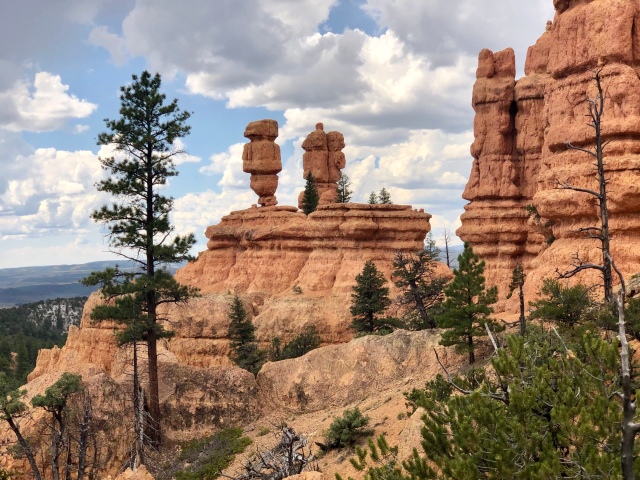 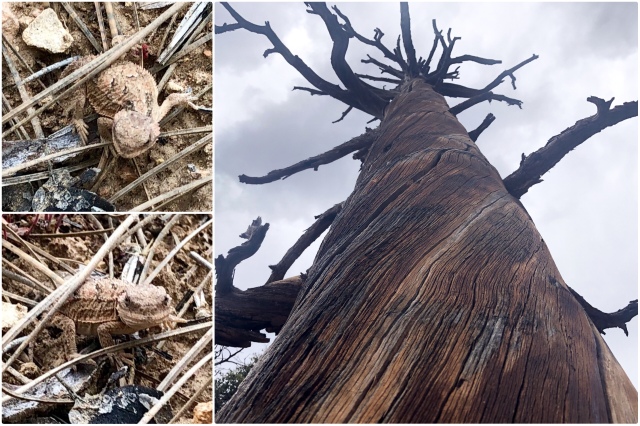 One last “action photo” to end the loop:

We had intended to extend the hike beyond the Pink Ledges and Birdseye Trails by crossing the road and trekking another mile or two on the Golden Wall/Castle Bridge Trail, but a storm blew in, complete with thunder and lightning and BB-sized raindrops, enough to make us turn around only a half-mile in.

Cooled off by the sudden downpour, we retreated to the car and, ultimately, the B&B that Jim and Von had rented for a home-cooked meal, libations and catching-up on Old Times.