Happy Easter, everyone! This afternoon, we decided to drive to Brighton, England’s version of Key West; it’s about 45 minutes west along the coast from Eastbourne.

After arriving in Brighton, we first strolled along the shopping streets, which, to our surprise were mostly open on Easter Day.

One of Brighton’s attractions is Prince George’s Pleasure Palace, and, no, it’s not a brothel or a strip club. It was built by Prince George (who ultimately became King George IV) in the late 1700s as a place for the Prince to spend his summers while his father, King George III, dealt with those pesky American revolutionaries across the pond.

Prince George enjoyed a lavish lifestyle. He was, apparently, a real party animal. And he adored the oriental architectural style, as you can tell from his Pleasure Palace:

We took the tour and the inside was decorated with chinese wallpaper and dragon and serpent wall carvings and chandeliers; gold leaf everywhere. In his day, the lords and ladies would be dropped off here in their carriages, then led inside for a sumptuous dinner, music and dancing. 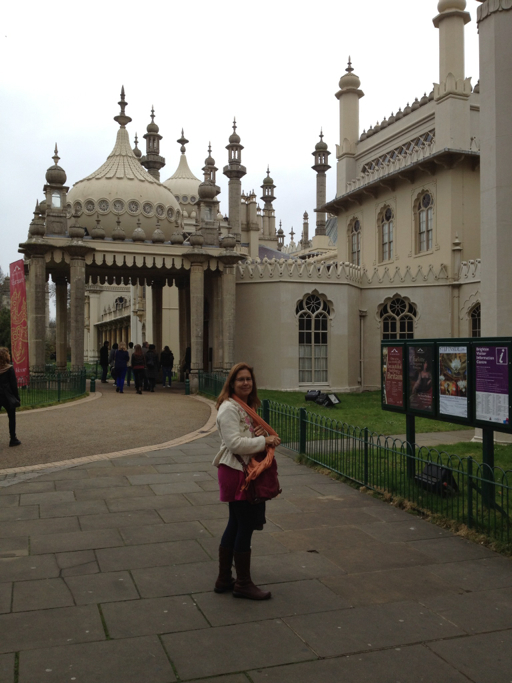 Unfortunately, taking pictures inside the Palace was not allowed. After touring the Palace, we walked down to the seashore. It’s a mixture of Coney Island, Daytona Beach Boardwalk and Eastbourne Pier, complete with merry-go-round on the “sand.”

I say “sand” loosely; the beach is covered with pebbles:

We ended our time in Brighton with tea and coffee in the walking streets. It was surprisingly crowded today, but neither the crowds nor the weather put a damper on the day. 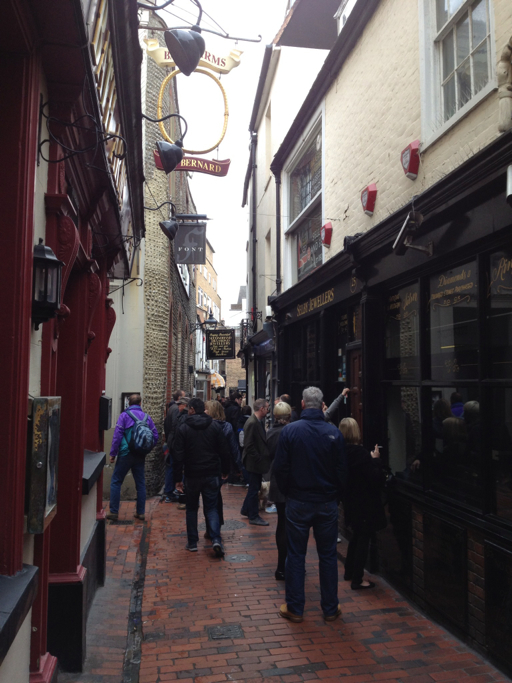