Everyone has heard of the white cliffs of Dover: the chalky, sheer cliffs that are an English icon. We’ll get there on this trip; possibly, tomorrow. But, it turns out that the most beautiful white cliffs along the southern coast of England are those right near where we’re staying. The formation is called the Seven Sisters and it’s a series of cliffs lying between Eastbourne and Brighton.

We were on the easternmost cliff of the Seven Sisters when we did our hike on Beachy Head after first arriving here in Eastbourne. Yesterday, we passed the westernmost cliff on our drive home from Brighton. We stopped at a little beach town called Saltdean that had a magnificent view. Here’s a photo looking eastward toward Eastbourne: 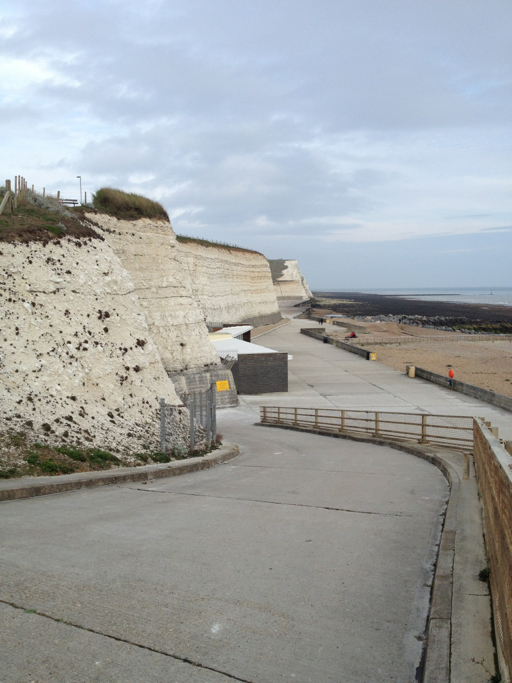 And another photo looking westward as the sun was setting, looking toward Brighton: 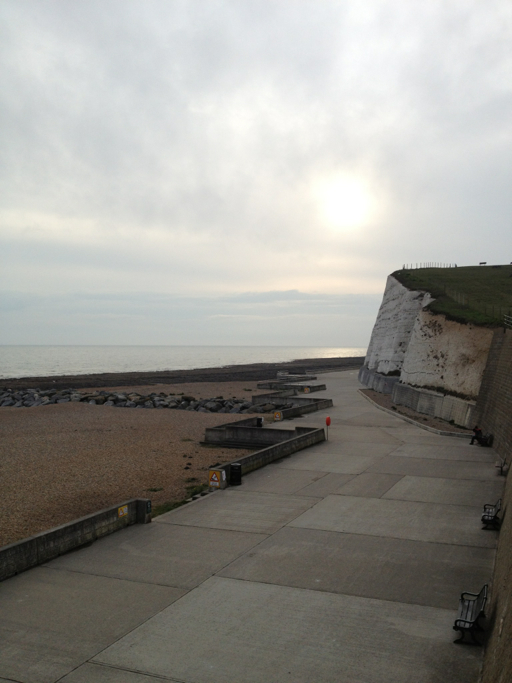 A little further on up the road, we stopped at New Haven. There’s a harbor in New Haven with a ferry to France that we hope to take sometime while we’re here for a little excursion to Normandy. This is one of the narrowest points of the English Channel. Consequently, we weren’t surprised to see bunkers and pillboxes built into, and along the bottom of, the cliff face when we stopped here. There’s an old WWII fort on the top of this bluff, but the gate was locked, so we weren’t able to visit; maybe another day.