When the Normans, in the person of William the Conqueror, first arrived in Dover in 1066, they found that they were not the first ones there. Not by a long shot.

In fact, the Romans had built a lighthouse on the bluff above the White Cliffs nearly 1,000 years earlier. And, there was a church there, incorporating the Roman lighthouse as a bell tower. That church, the Church of St. Mary-in-Castro, was built sometime in the 11th century, so it would have had that new-car smell when William arrived.

For perspective, here’s a photo of the Church of St. Mary (left) and the Roman lighthouse (right), taken from the top of the Great Tower of Dover Castle. 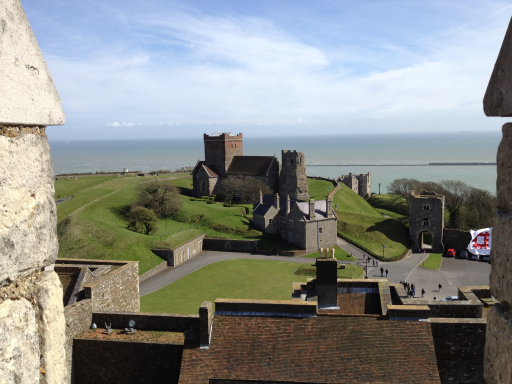 From this view, looking back at the Great Tower in the distance, you can see how the church was built to incorporate the lighthouse as a bell tower. 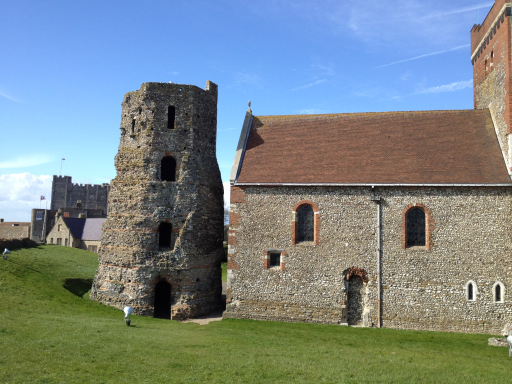 Here’s Dale standing on the remains of a stone wall built upon the top of the earthworks surrounding the lighthouse and the church. You can see the Roman masonry work, much like what we saw in Trier, Germany, last year: alternating layers of Roman brick and cemented stone. 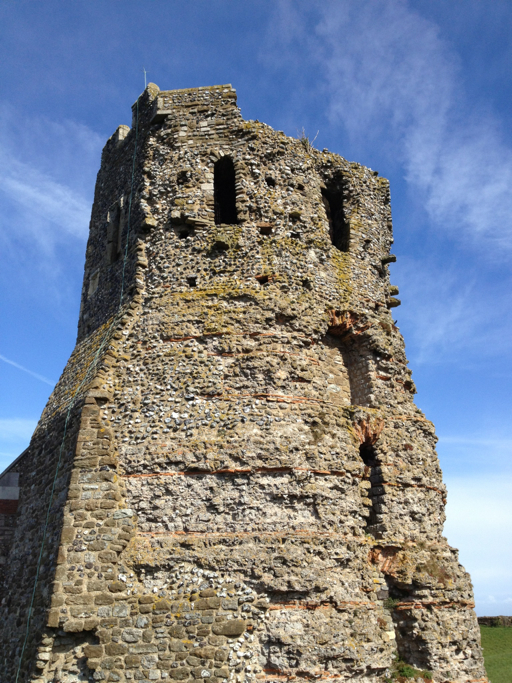 It is believed that the earthen berm, within which the lighthouse and the church are sited, was an ancient fortress and that this was the earthwork that was used by William the Conqueror as the foundation of the palisade fortress he constructed when he arrived in 1066. 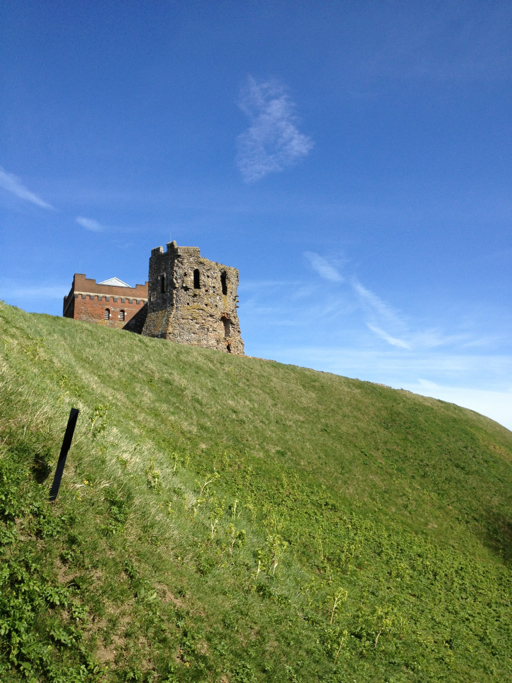 We ended our day with a tour of the underground tunnels, dug into the cliff face in 1797 to fend off any invasion by Napoleon’s French troops. The tunnels were expanded and improved at the outbreak of WWII and used as a command center for the evacuation of Allied troops from Dunkirk. It was an interesting tour, but no pictures were allowed.

Of course, if the English are really concerned about an invasion by foreign troops, they probably shouldn’t be so obvious about where they expect the attack to be launched:

We were lucky to have had such a nice day to explore Dover.