Today, we traveled back in time even further than our other posts, back to 3,000 BC, to visit Stonehenge and the henge at Avebury. Uncharacteristically, I will not provide an historical background for these photos; mainly because the history of the henges is unknown, other than the fact that they were man-made about 5,000 years ago. Here are some photos we took of Stonehenge in the rain: 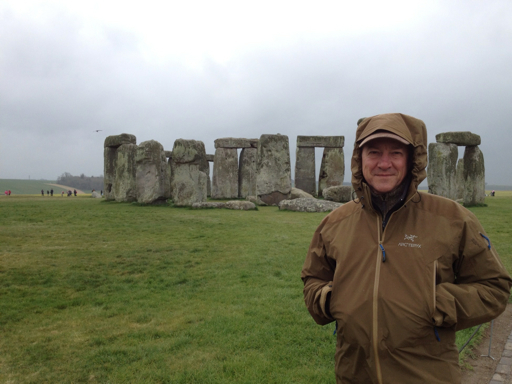 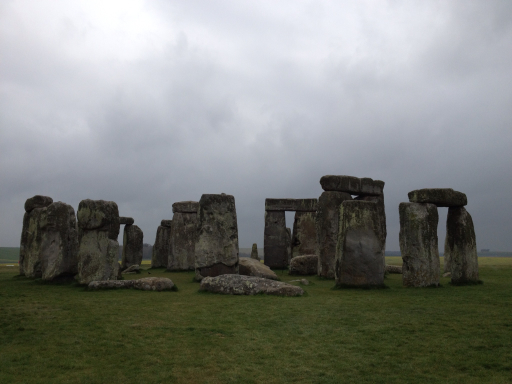 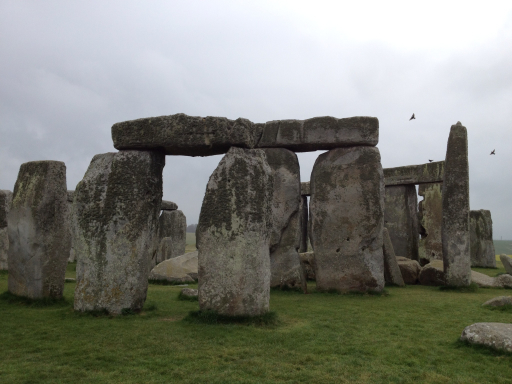 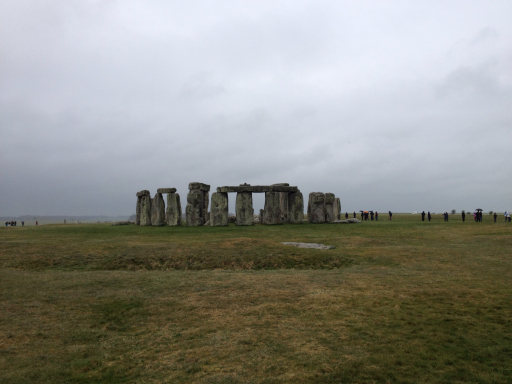 Everybody has heard of Stonehenge, but almost no one – at least no one I know – has heard of the henge (defined as an earthwork, normally of neolithic origin, consisting of a circular ditch inside a berm) at Avebury. Yet, both Stonehenge and the henge at Avebury, about 40 miles away, were built around the same time and are both UNESCO World Heritage sites.

The henge at Avebury surrounds the little village there; or, more accurately, the little village of Avebury was built within the confines of the henge there. Whatever. At any rate, you know you’re somewhere special when you approach the village, driving down what is now known as The Avenue, believed to have been an approach to the henge. 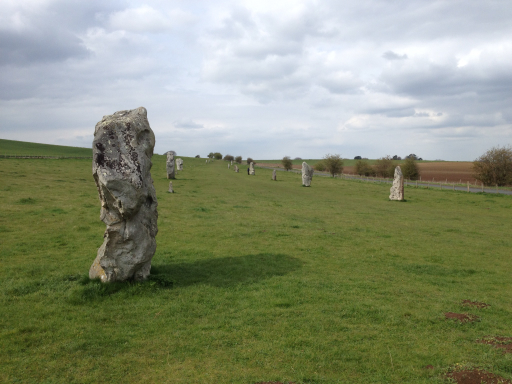 We had lunch in the village at a thatch roofed pub, the Red Lion. 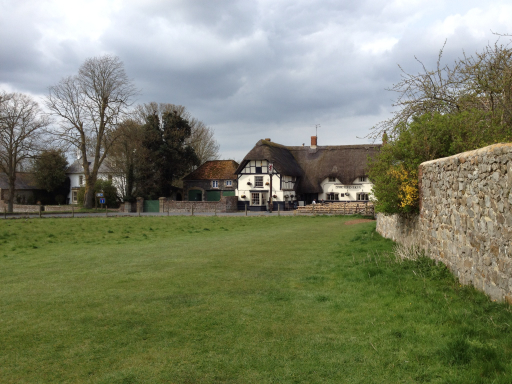 First, we toured an old manor house and its garden. 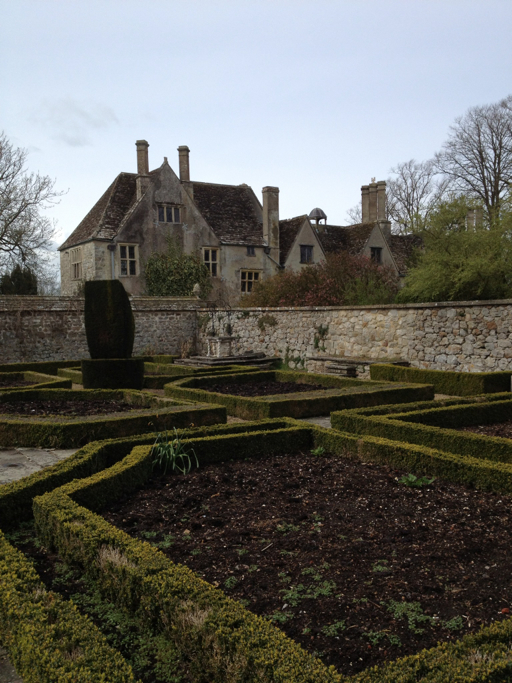 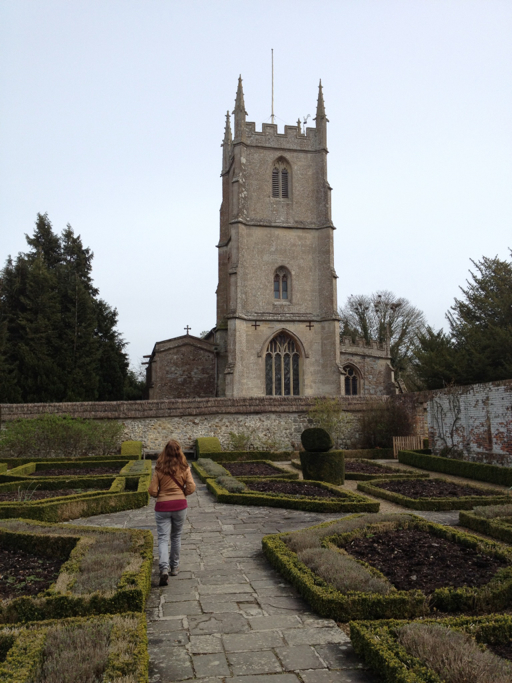 Then we walked around the circle of stones within the henge at Avebury. 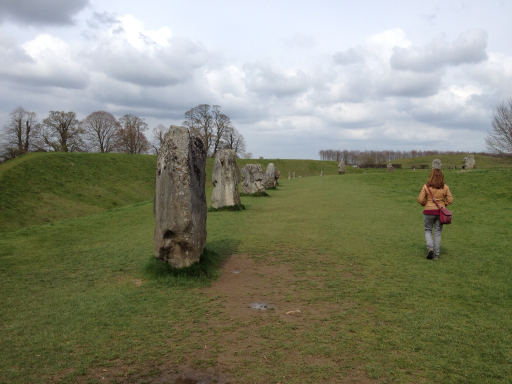 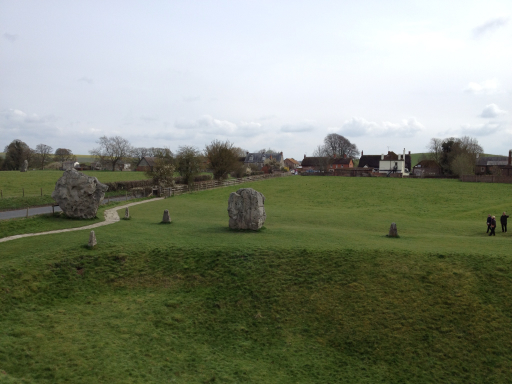 Dale made sure this stone didn’t fall down: 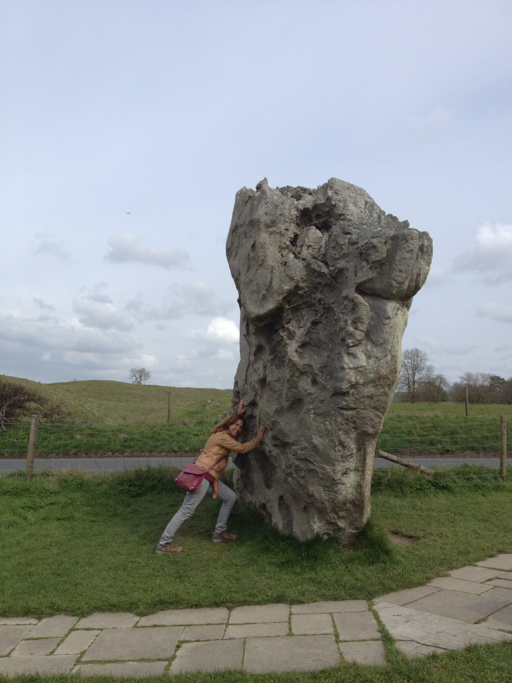 At one point, we passed the most amazing group of trees: 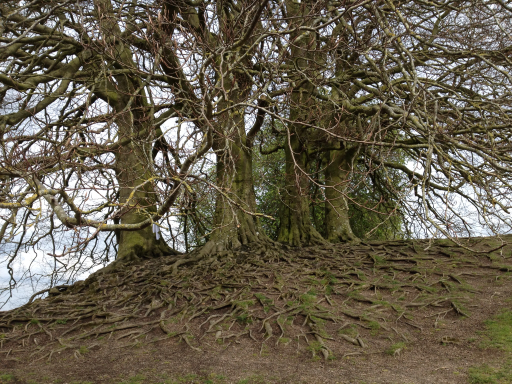 Here, you can see how easy it is to strip away the vegetation to bring up a chalky outline like they did with the white horses:

On our way back to the car, we passed this group of witches, chanting. Really. 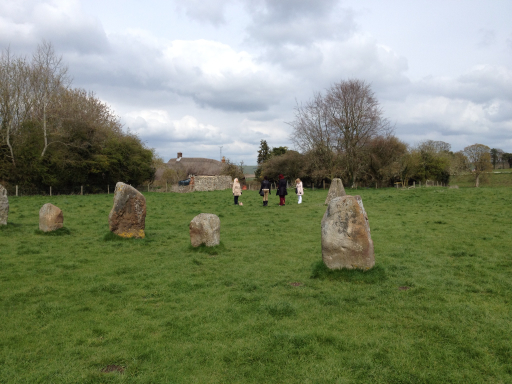 On our way out of town, we drove by this man-made mound from the same time period. Supposedly, it’s the same size as the Egyptian pyramids, though I don’t believe it. 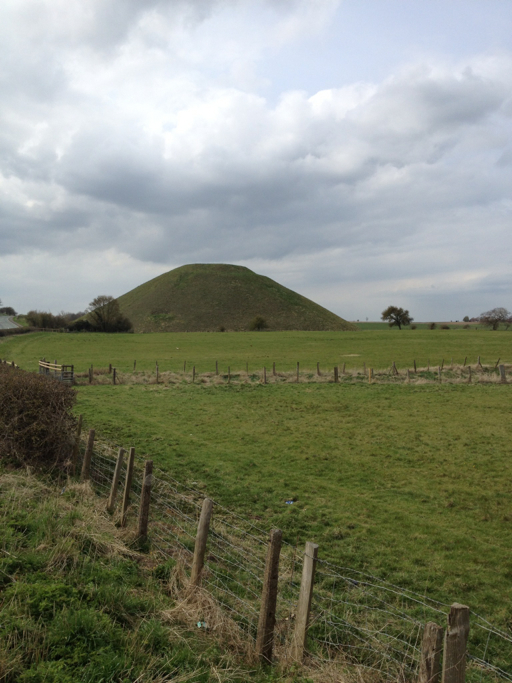 We’re checked in at our lodging for the next two days, a 500 year old manor house. Tomorrow we plan to spend the day in Bath; Dale got a headstart. 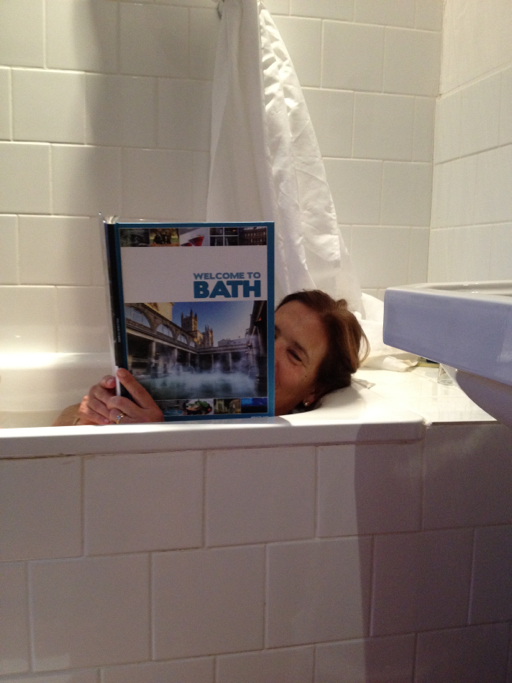